I'm the Craziest Person in the World -- False 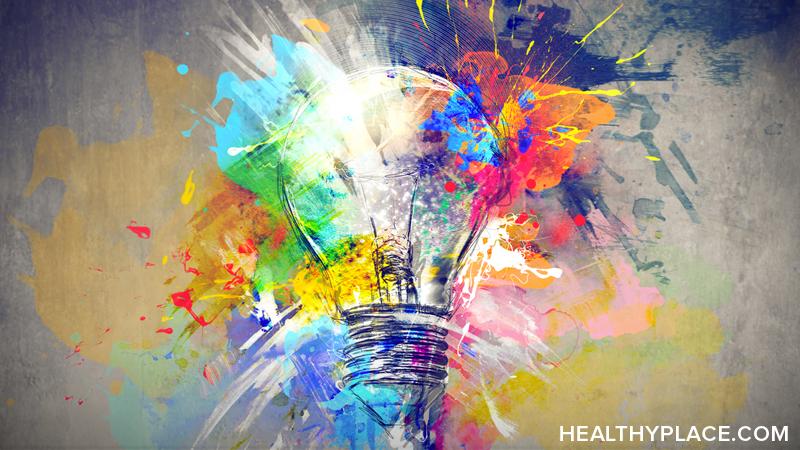 Why Do People Feel They're the Craziest in the World?

When you have a mental illness, your thoughts, feelings and maybe even actions are highly unusual and, generally, unhelpful or painful. That is why it is a mental illness. It's an illness because the mental processes you have harm you in some way. It's normal to dislike or even hate your brain or mind at times for sending out these signals.

So, because you have thoughts, feelings and actions that are unusual and you don't know of anyone else with them, you feel crazy, and you feel alone. And you assume that because everyone else is acting normal, they must have never had the thoughts and feelings that you have; thus, you must be the craziest. Many people think, "Surely if other people felt this way, I would know."

'I'm the Craziest Person in the World' Is a False Notion

But if you're here at HealthyPlace, and if you've been reading my work, you probably have gathered something: you are not alone. No matter what your thoughts, feelings and actions are, you are not the "craziest person." I promise you, many of us are standing right there with you. Many, many people have tearily whispered to themselves, "I'm the craziest person in the world," and universally, these people are wrong.

I know this because every time I write an article here at HealthyPlace, whether it's about how hard it is to shower, or how impossible it seems to make decisions, or how I can't get rid of my earworms, people comment and identify with what I'm saying. In other words, no matter how crazy and unusual I think my experience with bipolar disorder is, it just isn't. There are so many things that connect us. There are so many experiences we share. These things aren't common knowledge in and about the world, but they exist, and I write about them every day. So, no, you're not the craziest person in the world. I know that because I'm just as crazy as you.

Bipolar Affects Sleep, Sleep Affects Bipolar
Why You Need to Talk to People About Your Bipolar Disorder