I Have Borderline Personality Disorder Not Bipolar 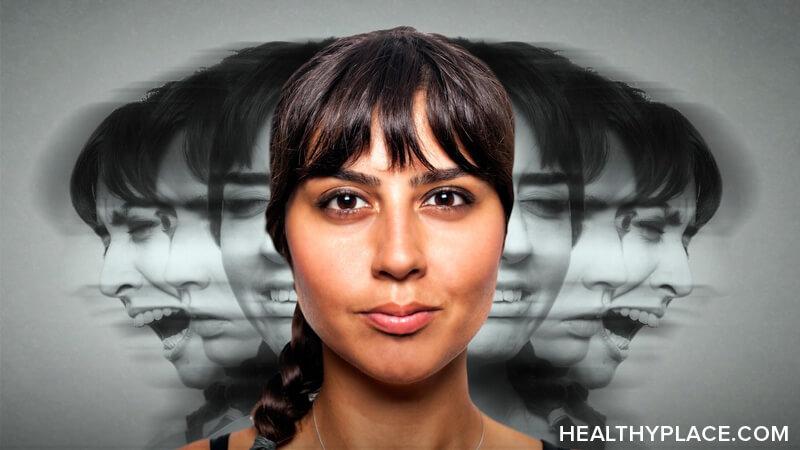 I have borderline personality disorder (BPD) but bipolar is what people call me. We’ve all heard this statement before: “She is just so bipolar.” Using a diagnosis as an insult and a catch-all for anyone struggling with emotion-related issues is nothing new, unfortunately. Borderline personality disorder and bipolar are both heavily stigmatized, but they're different disorders.

How Do Borderline Personality Disorder and Bipolar Disorder Differ?

This isn’t to say that someone with bipolar disorder can’t have unstable relationships. But, a wild and stormy relationship history was perhaps the biggest clue to my diagnosis as borderline personality disorder and not something else. Much of my emotional instability came in the context of chaotic relationships.

Mood swings with borderline personality disorder can be more reactive to the environment and external factors. Someone with BPD might experience manic-like symptoms and then intense depression all within a matter of hours. The movement is quick. As with the previous point, my ups and downs with moods can often be more responsive to relationship dynamics.

Whereas a depressive episode within the context of bipolar disorder may last for several months, I might have a depressive episode lasting only a few days when an important relationship is rocky. When things improve with the relationship, it’s likely my depressive symptoms can lift. A frustrating phone call with a family member, for example, is one of the ways I still find my moods responding intensely today.

If anyone in my life could tell you what I’ve struggled with above all it is this: intense and inappropriate anger. Flying off the rails with an inappropriate response to anger is perhaps the most defining feature of borderline personality disorder. While someone with bipolar disorder can certainly experience anger, the way in which it is expressed with borderline personality disorder is often intense, inflicted at others, or inflicted at self in the form of self-harm.

I remember several years ago my brother and I had a disagreement over GPS navigation and directions (typical brother and sister bickering) and he asked me to switch places in the car with his girlfriend so she could ride up front with him. I was so wounded and upset by this that I stormed out of the car screaming and cried hysterically at a freeway side gas station refusing to get into the car for some time and demanded that he leave without me. It took a lot of coaxing for me to eventually get back into the car. This is a pretty typical anger response for someone with borderline personality disorder that came in response to a feeling of abandonment. I didn't have other skills at the time to just let him know my feelings had been hurt.

While it’s important to note that misdiagnosis is very common with both BPD and bipolar disorder, it’s also important to note that it’s possible to have both of these diagnoses. While this hasn’t been my experience, it can be especially tricky when both are present. And as with all things, diagnosing should ultimately come from professionals. The aforementioned are just a few of the ways that I know I have borderline personality disorder.

This was really helpful. Especially the part about mood swings being different in BPD and Bipolar Disorder. It's so true how quickly moods can alternate even within one day's time. Thank you for pointing that out!