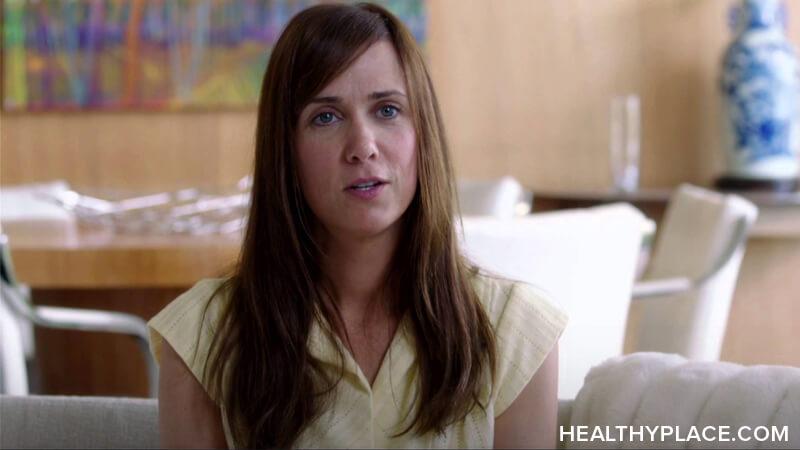 BPD Myth #1: We Are Impossible to Work with and Resistant to Treatment

One myth about borderline personality disorder is that those with BPD are impossible to work with and that we can't be successfully treated.

A month into my graduate program of psychology, a professor I respected uttered these words to a roomful of aspiring therapists: “Run for the hills when you get a borderline client. They are emotional vampires that will suck your blood.”

She shared she secretly hoped her client with BPD would quit therapy and expressed her relief when this client finally left her office for good.

I was stunned to hear these words. I’ve behaved in ways I can’t say I’m proud of, but sucking someone else’s blood? It stung. I was shocked to hear this from a clinician dedicating her life to helping those who struggled (Please Stop Using the Borderline Diagnosis as an Insult).

I’ve built meaningful relationships with my therapists. There have been difficult moments -- moments where I stormed out of a therapy session or sat in silent protest for the better part of 45 minutes to prove a point. And these were some of the most critical moments in my healing. With an experienced therapist, these became opportunities for growth, for both of us. For every difficult moment, there have been just as many full of laughter, honesty, and compassionate warmth towards my therapists.

Has it been an easy journey cured in 15 sessions? Nope. It's critical to find a therapist skilled in working with BPD. My therapists have known about my diagnosis up front and were experienced with it, compassionate, and firm with boundaries. It’s okay to acknowledge that BPD falls outside of one’s expertise, but demonizing us is counterproductive. We need your help.

BPD Myth #2: People with Borderline Personality Disorder Do Not Recover and Are Doomed

There is perhaps no diagnosis as entrenched in negativity as BPD. What's interesting, and where it actually differs from other personality disorders, is that people often do improve dramatically. It is a myth that those with BPD do not recover.

A study conducted by a leading expert in the study and treatment of borderline personality disorder at Harvard University found that nearly 85% of people with BPD experienced remission over a period of 10 years and of those, only 12% relapsed. In this study led by Dr. John Gunderson of McLean Hospital and Harvard University, the authors write:

What is evident appears clinically counterintuitive: Patients with BPD improve symptomatically more often, more quickly and more dramatically than expected and, once better, maintain improvements more enduring than for many other major psychiatric disorders.

As for me? I went through a relatively long period of remission and also experienced a shorter period of relapse. Major life transitions and an unhealthy relationship dynamic contributed to a reappearance of my symptoms such as self-harm, suicidality, and renewed impulsivity. Today, I am, in many ways, without BPD symptoms. I've learned about my vulnerabilities and how not to fall down the chaos rabbit hole again.

Hollywood’s portrayals of borderline personality disorder are not exactly glamorous (cue Girl Interrupted and Fatal Attraction). Most recently, the show Crazy Ex-Girlfriend portrays the lead character with BPD following a suicide attempt. While on one hand, I admire that a show is bringing questions of suicide and drug abuse to light; on the other hand, the show’s title suggests that BPD is left for “crazy” women, adding to an already misunderstood diagnosis. The idea that those with borderline personality disorder are "crazy" is a myth (What a Lemonade Ad Can Teach About BPD Symptoms).

What’s the reality? Some of our behavior can be less than glamorous when untreated. We are highly sensitive individuals who have been described by a leading researcher on BPD, Marsha Linehan, as emotional "third-degree-burn patients." We don’t always have the emotional "skin" to manage strong feelings and navigate situations that come more naturally to others. We sometimes have inappropriate responses to what others can brush off more easily. We may lash out. But we are also human beings and it's 2018. Can we find a more compassionate way to talk about severe mental illness than calling people "crazy?"

Introduction to Whitney Easton, Author of 'More Than Borderline'
What to Do After a Borderline Personality Disorder Diagnosis
Susan
January, 25 2019 at 11:42 pm

I think my most despised myth is that we are "manipulative." That implies that we play with other people's minds and hearts for our amusement. The behavior I believe the uneducated misconstrue as "manipulative" is really our efforts to get the reassurance we need to feel safe and "okay," and when our efforts are unsuccessful in achieving that, the resulting behavior is because we are terrified of being abandoned. And for me, it's not something I do consciously. For me, in those moments, needing someone to tell me I'm worth something and being terrified they don't and will leave feels like life or death. Yes, I know I need much more reassurance than a person without BPD, and I know my reactions when I don't feel like I'm getting it are over the top--but that's because I'm over-the-top terrified--not because I'm trying to manipulate someone, but because I'm trying to save myself.

Love the article!
My favorite BDP movie is Single White Female.
I am thankful for DBT, it has helped me tremendously. I recommend anyone living with Borderline, or Bipolar, to take DBT.

Very one size fits all , But WHAT IF a person wonders if they are only damaged goods Simply Because they were told this.

I am so grateful that I found this. I am newly diagnosed with BPD and I want to shut out everything an deveryone and just go somewhere where no one knows me because that would just be so much easier. How are you able to tell when a relationship is an unhealthy one, when I am so utterly overly sensitive to everything? How can I tell if its the BPD or if the relationship is really bad news? I don't trust my own judgement

Hi Gina, Thanks so much for writing and reading. I certainly understand the confusion and pain of just learning about a BPD diagnosis. I did write another piece if you look at my other blogs on what to do when recently disgnosed, if that’s helpful. As for relationships, I’ve so been there. I always struggled with knowing whether it was my BPD, if the other person was unhealthy, or some combination of both. Ultimately working with a trained therapist comfortable with BPD and with comfort in relationship dynamics, I learned when a relationship was unhealthy and what was my part and the others. Working with a therapist really helped me to “reality test,” because as a women with BPD I learned to believe most things were my fault and that I was the “crazy” one. It’s never quite that simple, I’ve learned, and with guidance and compassion from a therapist I’ve learned to sift through what’s mine and theirs. Hopefully that helps some. Take good care, Whitney

You are just fantastic