Three times a week, I go to Alcoholics Anonymous (AA) meetings and say "My name is Becky, and I'm an alcoholic." I've been doing this for a little more than a year now, and the further along I get in sobriety, the more I learn. There are many myths about alcoholism, some of which I'm still learning to accept as myths. But recognizing these myths as such is crucial to recovery from addiction.

"Alcoholism is a Sin, Not a Disease."

This is one myth I'm not sure whether or not I believe. As a Christian, I believe the Bible teaches that drunkenness is a sin. The logical conclusion, then, is that alcoholism is a sin. But that's not the case. 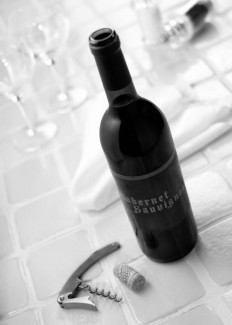 I remember wandering around the streets one Christmas morning in search of a drink, only to be thwarted by state law that forbid selling alcohol on Christmas. I remember the feeling of desperation I had--I needed that drink. That's when I realized I had a problem.

Medical science classifies addiction as a disease. It is time for the church to do the same.

"You Just Need a Little Willpower."

This goes along with the alcoholism as sin myth. No amount of willpower alone can overcome the disease of addiction. I should know--I'm as stubborn as a Missouri mule and I've tried to beat it by willpower alone.

The belief that discipline and willpower are enough leads to a worse relapse than belief it is a disease. We relapse, then we use more to squash our feelings of guilt. Belief in a disease, however, allows us to acknowledge that the sickness is constantly prowling, waiting to consume us. We relapse, we realize our problem, we go back to the program.

"Alcoholism is Not that Bad."

I could write an entire post on this myth alone. I remember when my college therapist asked if I'd considered attending AA meetings. I replied "It's not that bad."

"I think it is," she replied, and I grudgingly agreed to go to a meeting.

At the first meeting, I didn't acknowledge I was an alcoholic--I simply said I had a "drinking problem." Denial ran me right back into the bar.

The truth about alcoholism is that it is a progressive illness that no amount of fortitude can beat. Realizing this truth is the first step to recovery.

Alcohol is a liar. It is "cunning, baffling and powerful." Alcohol encourages us to believe these myths to keep us in its grasp. Remember, you can't trust a coping skill that ultimately wants to see you dead, which is what alcohol does.

What are some myths about substance abuse you've heard and learned to dismiss as lies?

APA Reference
Oberg, B. (2014, April 15). Three Common Myths About Alcoholism, HealthyPlace. Retrieved on 2022, May 24 from https://www.healthyplace.com/blogs/borderline/2014/04/three-common-myths-about-alcoholism

Coming to Terms with Sexual Abuse and a Survivor's Bill of Rights
3 Things I've Learned from My Friend's Alcoholism Relapse
Brandie
April, 19 2014 at 6:54 am

I think this is a crock. Some times it is what it is. Define how many drinks make you an alcoholic. I think it's redundant to repeat yourself with the famous line, " Hello, my name, whatever, and I'm an alcoholic." Very repetative

Good post. I also think that the will power is very necessary. It is a very informative blog for me. Thanks a lot for sharing.