In April of 2002, I went on a date that ended with me being sexually assaulted. As the anniversary approaches, my symptoms of borderline personality disorder have increased. I've learned that I have to come to terms with what happened to me. Here are three insights I've had.

"I Should've" Guilt about Sexual Abuse is a Lie

In her must-read book I Can't Get Over It, Dr. Aphrodite Matsakis writes,

It is the abuser, not you, who uses force. You are not shoving, kicking, hitting, or sexually abusing yourself. These are the actions of the abuser. All abusers are responsible for their own behavior. By now it is widely known that battering, child abuse, and elder abuse are against the law. If you are a victim of abuse, you are guilty of causing abuse only if you are abusing someone else, not because of the abuse you have suffered.

"In addition, it is not your personal inadequacies and failures that cause the abuse, but the abuse that creates feelings of inferiority and exacerbates any preexisting sense of inadequacy or failure. The abuse and the lack of validation, affection, and respect that underlies the abuse can almost permanently implant in its victims a sense of unworthiness and shame. The abuse insistently gives the message that you are so unworthy that you deserve to be beaten. ... These negative messages constitute an 'old tape' that may never be fully erased from your mind. New learnings gained from therapy and positive life experiences may be able to diminish the power of that tape most of the time, but the old tape will still sometimes play. 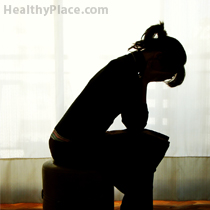 In other words, remember that everything on the old tape is a lie. Think of it this way: if a mugger takes your wallet and you didn't resist, does that mean you wanted to be mugged? Does that mean you deserved to be robbed? Hardly! The same is true in cases of sexual abuse.

Revenge fantasies are normal. My therapist was irate when I was sexually assaulted and admitted she was having fantasies about using her martial arts training on my assailant. If she has them, then it's normal for me to have them. Revenge fantasies can be therapeutic, but Matsakis offers the following warnings:

If you don't feel like you can make this list without becoming violent, don't even attempt it . . . If you fall into one of the following categories, do not attempt this fantasy exercise without the help of a therapist or support group: You are a combat veteran or police officer. You have formal or informal training in fighting, killing, sabotage, or another form of destruction. You have beaten or otherwise physically abused others, or have sexually abused others. You like to torture animals. You have killed people. You are currently or have frequently been suicidal, homicidal, or both. You suffer from severe depression, hallucinations, a psychosis, or psychotic episodes. You enjoy watching others suffer or property being destroyed. You are afraid that if you dare to think about your revenge fantasies, you will act on them.

If I had my way, every person who works with sexual abuse survivors would have proper training, abundant resources, and connections to help survivors. More importantly, they would have a Survivor’s Bill of Rights.

APA Reference
Oberg, B. (2014, April 8). Coming to Terms with Sexual Abuse and a Survivor's Bill of Rights, HealthyPlace. Retrieved on 2022, June 29 from https://www.healthyplace.com/blogs/borderline/2014/04/coming-to-terms-with-sexual-abuse

Three Ways I Will Stay Sober Just for Today
Three Common Myths About Alcoholism
Maria
April, 11 2014 at 10:51 am

And we have the right to justices ,And the right to see the judge being able to give out punishment and the law back him up . In case recintly man given 103 years 6 months for 10 crimes but only put in prison for 20 years should get at least half of total time ie 51 1/2 that's what we teach kids to be fair , in America it's justice you do ten crimes you get ten sentence to run one after the other punishment for all crimes that's justice .