In 1841, a Boston schoolteacher named Dorthea L. Dix became interested in many social reforms, especially the treatment of the mentally ill. One Sunday, she went to the House of Correction in East Cambridge to hold a Sunday school class for female inmates. She was revolted by the filth, neglect, and despair of the mentally ill people who were held in the jail. She persuaded local authorities to improve the conditions, and began touring Massachusetts to see what needed to be done. In 1843, she wrote a tract called Memorial to the Legislature of Massachusetts, which called for drastic reforms.

Mental Illness and the Correctional System, 1843 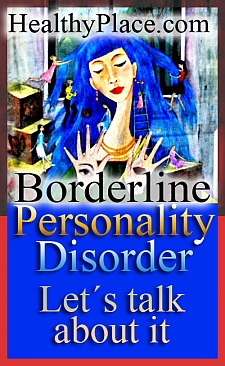 "About two years since leisure afforded opportunity and duty prompted me to visit several prisons and almshouses in the vicinity of this metropolis, I found, near Boston, in the jails and asylums for the poor, a numerous class brought into unsuitable connection with criminals and the general mass of paupers. I refer to idiots and insane persons, dwelling in circumstances not only adverse to their own physical and moral improvement, but productive of extreme disadvantages to all other persons brought into association with them. … I come to present the strong claims of suffering humanity. I come to place before the Legislature of Massachusetts the condition of the miserable, the desolate, the outcast. I come as the advocate of helpless, forgotten, insane, and idiotic men and women; of beings sunk to a condition from which the most unconcerned would start with real horror; of beings wretched in our prisons, and more wretched in our almshouses. …

"Lincoln. A woman in a cage. Medford. One idiotic subject chained, and one in a close stall for seventeen years. Pepperell. One often doubly chained, hand and foot; another violent; several peaceable now. Brookfield. One man caged, comfortable. Lenox. Two in the jail, against whose unfit condition there the jailer protests.

"Dedham. The insane disadvantageously placed in the jail. In the almshouse, two females in stalls, situated in the main building; lie in wooden bunks filled with straw; always shut up. One of these subjects is a supposed curable. The overseers of the poor have declined giving her a trial at the hospital, as I was informed, on account of expense.

"Besides the above, I have seen many who, part of the year, are chained or caged. The use of cages all but universal. Hardly a town but can refer to some not distant period of using them; chains are less common; negligences frequent; willful abuse less frequent than sufferings proceeding from ignorance or want of consideration."

For her trouble, Dix was called a sensationalist, a troublemaker, and a liar. However, leading humanitarians supported her. The legislature eventually listened and allocated money for enlarging and improving the state hospital in Worcester. Dix spent the rest of her life crusading for better hospitals in other states. She was responsible for founding or enlarging thirty-two mental hospitals in the United States and abroad.

Mental Illness and the Correctional System, 2012

Things have changed since Dix's time, but there are many striking similarities. Chains have been replaced by leather restraints, which are ideally used only when the patient is in imminent danger of harming self or others. Cages have been replaced by seclusion in a locked room, and it's not for ungodly lengths of time.

However, the state hospital system is slowly being replaced by the correctional system. A paper I used to work for once ran a satire describing the merger or the Marion County Jail and a psychiatric hospital. The purpose of said satire: to get people talking about why the leading mental health provider in Indianapolis was the Marion County Jail.

According to the National Alliance on Mental Illness, roughly 159,000 people with severe mental illnesses are incarcerated, mostly for crimes they committed due to a lack of treatment. That's just those that have committed a crime. According to a 1993 joint report by NAMI and Public Citizen’s Health Research Group, 29-percent of the nation’s jails routinely hold seriously mentally ill individuals without criminal charges against them. These are people who are merely waiting for psychiatric evaluation or for a hospital bed to become available.

Where is Dorthea Dix?

We need another Dorthea Dix. We need legislators to take a look at this problem and find the money to refer people with severe mental illness to treatment, not jail or prison. We need to support the state hospitals. We need to be outraged not at those who point out the problem, but at the problem itself. We need to demand change.

This is what Mental Illness Policy Org is trying to do. We do very little work with mental health advocates and focus our attention on the public and law enforcement who understand the issue better. http://www.huffingtonpost.com/dj-jaffe/why-the-public-wont-liste_b_2360876.html