Mental Illness and the Military: Stigmatizing the Invisible Enemy 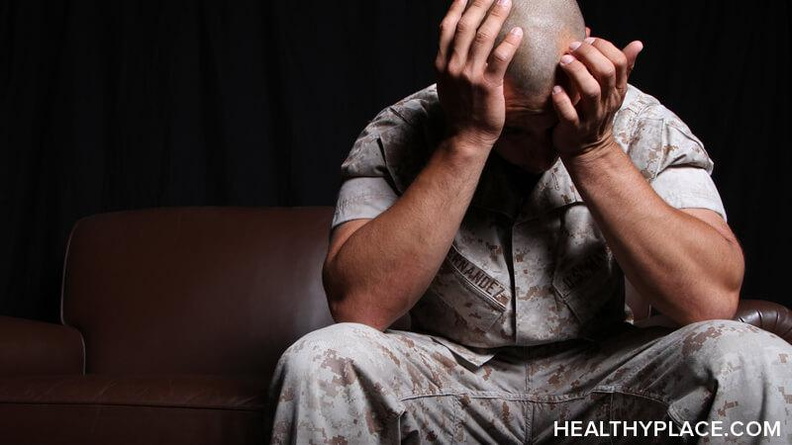 Veterans Day always leaves me reflective about my short-lived Army career. I enlisted in 2003 as a specialist, but had a nervous breakdown during Basic Combat Training. I was hospitalized pending discharge--and saw firsthand the stigma that mental illness has in the military.

Reporting Mental Illness in the Military

I first became suicidal when I started hallucinating. I could feel myself ready to crash and burn. So, according to protocol, I told my drill sergeant. What happened next would make anyone suicidal if they weren't already.

He screamed insults about me in front of the whole company. He referred to me as crazy and threatened me with punishment. Then he pulled two soldiers out of the company and assigned them to guard me. We spent the night on the floor of his office, and the next day I was called in front of the first sergeant. He told me that I'd better not be faking it, then sent me in for a psychiatric evaluation.

The counselor who did the evaluation asked me if I was trying to "manipulate" the Army and get sent home. He then told me to talk to a psychiatrist. By this point in time I was paranoid, and the psychiatrist had to assure me he wasn't trying to get me for any rules violations. He rebuked me for following my recruiter's advice and not disclosing my psychiatric history during the physical, then hospitalized me.

It was a nightmare.

Crime of Malingering Addresses Mental Illness in the Military 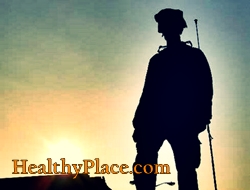 That's if they determine you didn't do it to avoid work, service or duty.

Mental illness is a discipline issue in the military. It is not seen as an illness.

You Can Help Change Mental Illness in the Military Procedures

Iraq Veterans Against the War is one organization dedicated to fighting for service members' right to heal from posttraumatic stress disorder, military sexual trauma and traumatic brain injury. Their most recent campaign is improving conditions at the Jesse Brown VA in Chicago.

I don't know of any other organizations that do this kind of work, so feel free to leave information in the comments.

Veterans sacrificed a lot for the country. The least we can do is give them a right to heal from that sacrifice.

Tags: mental illness in the military

APA Reference
Oberg, B. (2012, November 15). Mental Illness and the Military: Stigmatizing the Invisible Enemy, HealthyPlace. Retrieved on 2022, October 5 from https://www.healthyplace.com/blogs/borderline/2012/11/the-invisible-enemy-bpd-and-the-military

An Open Letter to Barack Obama
Saving Our Soldiers: Mental Health Care in the Military
Jamielly Garcia
March, 1 2013 at 6:21 pm