Faith: A Blanket or a Blindfold?

Sometimes I have trouble with nightmares and night terrors. Recently I had one that made me think about how spirituality can help or harm an individual with severe mental illness, such as borderline personality disorder (BPD). 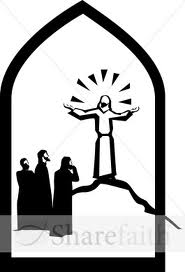 In the dream, I was staying with a family that had a little girl. The little girl became very ill, but the family would not take her for medical treatment. They would not allow me to take her for medical treatment, either, even when it became apparent she would die without it. After tricking the mother into signing a release, I began to carry the girl to a vehicle--for some reason parked several miles away--when a traditional healer showed up.

At first I told him the girl needed mainstream medical treatment, including the specific type of medicine that would cure her. He told me he had it, so I set the girl down. As he began to search unsuccessfully, the girl began to die. I did everything within my power to save her, but she died anyway. Her family reprimanded me for not having enough faith, and said they sent the traditional healer to stop me from taking her to the doctor.

Then I woke up and tried to figure out what the dream meant.

The little girl represents my inner child. She has a physical illness that needs treatment, just how my BPD is an illness that needs treatment. Her family represents some of my old friends, who insisted I see an unqualified church counselor and go off my medication in order to be healed. The threat of death is very real in this situation, especially when medication and working with a competent mental health professional keeps suicidal tendencies at bay.

The death of the child represents succumbing to the illness, or a spiritual death. The family's reprimanding me for lack of faith symbolizes the ignorance of others who would rather see the problem prayed away.

The dream, while disturbing, caused me to reflect on my treatment decisions and conclude I was doing the right thing. I was tending to my inner child and giving her what she needed to survive and thrive to become a healthy adult. While the disapproval of some church people hurt, they did so out of a twisted understanding of faith and healing.

Faith is a very good thing. But like any good thing, it can be abused. When faith is a blanket, it is comforting, healing, and nurturing. When faith becomes a blindfold, it can hurt anyone it comes into contact with.

My faith has helped me through some difficult situations. However, well-intentioned yet poorly informed people of faith sometimes were the difficult situation. Perhaps you can say the same thing. They hurt us because, to their way of thinking, going to a doctor instead of a faith-based healer was the way non-believers did things. A person of faith would try it their way, and their way had to work or a lack of faith was involved. Reality didn't matter--even when it was clear that they would have to think outside their beliefs, they preferred to isolate and rely on tradition. As a result, people got hurt. Some even died.

It's not about having enough faith. A chair will not hold an elephant no matter how much faith one has that it will. It's about how faith is used.

Psychiatric Hospitalization: What I Wish I'd Known
Does Borderline Personality Disorder Make You Codependent?