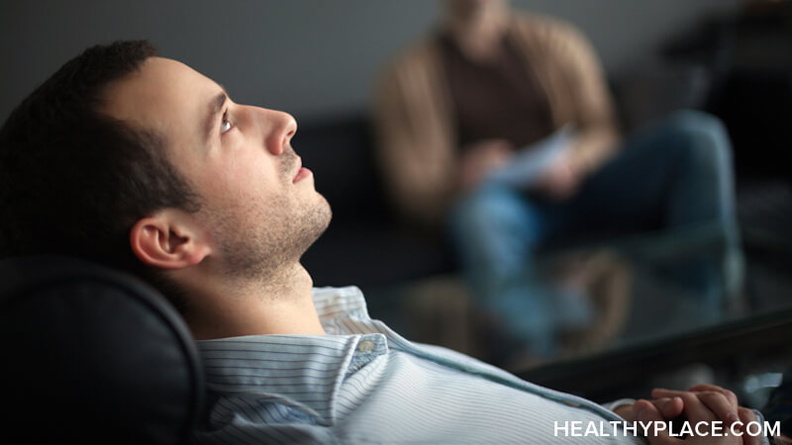 I know of a lawsuit I would have paid a month's wages to watch Judge Judy handle. When I was a child, a student brought either cocaine or heroin to her elite private school. She was caught and expelled. However, the school had no written rules, which meant there was no formal drug policy. She sued, claiming she didn't know she couldn't bring drugs.

To my knowledge, borderline personality disorder (BPD) was not a factor. However, this frivolous lawsuit is a perfect example of an attempt to avoid personal responsibility--one of the complications of BPD.

Accountability and Personal Responsibility in BPD 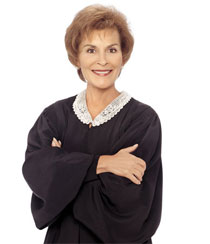 Personal responsibility is difficult for any person to accept. Whether it's to the cop who just pulled us over or a teacher asking about our homework, coming up with excuses surpasses baseball as the national pastime.

"Accountability" is a dirty word in our society. In her book Don't Pee on My Leg and Tell Me It's Raining, Judge Judith Sheindlin wrote she would resign if a defendant ever came into her courtroom and accepted responsibility for his or her actions. She wanted to put the title of the book above the entrance to her courtroom for the same reason that makes Judge Judy one of my guilty pleasures--some of the excuses are so far-fetched they're hilarious.

People with BPD, due to emotional instability, may be unwilling or even unable to accept responsibility for conduct inspired by their symptoms. This is often seen as manipulation, and in some cases is.

Why Those With BPD Don't Accept Responsibility

There are two reasons people with BPD may not want to accept responsibility for their actions. The first is the fear of feeling unloved or like a bad person. A case in point: "I cut myself, I'm a bad person." In order to keep from feeling this, it becomes "He got mad, he doesn't love me, I had to cut to feel better." The self-injury then becomes someone else's fault.

The second is the fear of abandonment. If we see ourselves as bad or unlovable, we may believe others see us the same way. In order to prevent them from seeing us in a negative light, and consequently leaving us, we have to find someone or something to blame--even when the excuse is comically impossible.

It's My Fault and I Made a Mistake: Accountability and BPD

When I was a child, one of my religious books contained the phrase "The hardest words to say in English are 'I have sinned.'" It's true--it's extremely difficult for anyone, especially people with BPD, to say "It's my fault" or "I made a mistake." So how do we learn how to say these phrases?

The third step is to admit to other people--especially those impacted by what happened--that you've made a mistake or done something wrong. Most people understand that you've messed up, and while they may be angry, that doesn't mean they don't love you. They just didn't love what happened. Accepting responsibility also makes you a stronger person--which is exactly what those of us with BPD need.

Just want to make it clear that everything in all my posts are absolutely true.

I hope anyone who read my original post will expect my apology for miss leading them. I was so focused on what I believed were the efforts to make me miserable that I couldn't see the forest for the trees.
I was searching the internet for answers to what was wrong with my ex wife and came across an article, Are BDP " Drama Queens ", Manipulative, Sadistic and Worse. This article from Psychology Today really brought me back to where I need to focus WHAT/IS MY RESPONSIBILITY in that marriage. I went into the marriage with a whole hearted commitment to being loving,caring, patient and understanding toward my wife who I truly loved with all my heart. I lost sight of all that and instead went the opposite direction. There's no possible way to express how sorry I am.
I hope everyone who read my first post here will find it in their hearts to read that article and be able to see and except where I'm coming from.

By the way, her excuse for cheating " in my mind we weren't together".

Thank you Martha. I forgot to mention, after she " didn't" tell me I had to choose between her and my daughter she started telling everyone that I didn't like her kids and didn't want to have anything to do with them. She told her mother that over the phone while I was sitting right Infront of her. Their great kids who I really got attached to.

Finally, I feel like maybe I'm not going crazy. My ex wife has BPD, she would turn everything around to suit her ego. She would demand that I leave in the middle of the night and tell me to take all my things with me "hurry up". After packing all my belongings in the car she would say " it's so easy for you to just leave. You won't even try to talk to your wife when you can see I'm obviously upset". I was out of work and promised a job where sheand most of our closest friends worked. She wouldn't help me with me pay for my cell phone and told me to put her number as my contact number. She told me she was telling all our friends " that you're a leach and not even trying to get a job". Then I found out that HR. had been calling to set up an interview for several weeks. Her explanation " I forgot to tell you". My daughter was hospitalized I had to find out from my sister. I grabbed my keys and and started out the door. My wife throu a fit and said " you have to decide if you're going to be up there or stay out here with me. I'm not going to take this". I said " are you telling me I have to choose between you and my daughter who's in the hospital? She yelled at me " STOP PUTTING WORDS IN MY MOUTH! THAT'S NOT WHAT I SAID!". The final straw was when she was in a tantrum and really laying into me verbally, emotionally. I was losing it and had to leave. I told her that I was going to my sister's ( 10 minutes away ) if she wanted to get hold of me. I was there for a week, no word from my wife. I don't do social media but my sister showed me a post my wife put up " 10 days and no word from him, I'm ready to throw in the hat". I thought at the time maybe she meant towel. I found out that she had gone out and got drunk, she had cheated. I went back to get some clothes and told her that was it, we are done. I'm going to file for divorce. She cried and begged me not to leave her, she started acting like she was hyperventilating and stood over the toilet like she was going to throw up. All the while pleading with me not to leave. I told her I needed time to think about it. I told her I'd be at my sister's house. I decided to file for divorce and early the next morning went to the local court house only to find out she already had and her reason she entered was very and emotional abuse. I went home to get my things and was locked out. There were signs put up " NO TRESPASSING" I called her about getting my belongings and she said she didn't have the time and I would have to make an appointment with her.
Just a few examples of what it's like to be in a relationship with someone who is inflicted with BPD.