How to Be a Mental Health Ally: Don’t Be Selfish 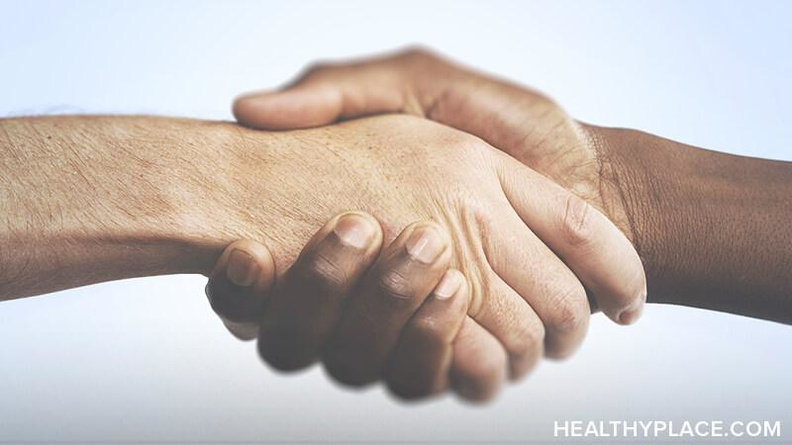 How a Mental Health Ally Can Be Selfish Without Realizing It

A mental health ally can be selfish without knowing it. What makes trying to eliminate selfishness a lot harder than it appears is because human beings are often selfish by nature. Furthermore, people often act selfishly without necessarily realizing they’re doing so.

I’ll give an example from my own life: many of the things that make me anxious often sound downright menial to others. For instance, when plans change abruptly: for most, this is a minor inconvenience, but for me, it can literally be debilitating. But I am often afraid to bring that up to anyone else because the amount of times I’ve heard the response, “That doesn’t sound so bad,” to this and other triggers is so great I’ve lost count ("What Not to Say to Someone with a Mental Illness").

That kind of response is selfish because instead of trying to understand why it’s such a big deal to me (or, even better, accept it unconditionally), it tries to fit my way of thinking into a foreign paradigm. It’s more important for me to fit into that paradigm than to actually try and get better. The end result is that I feel as though my thoughts and feelings are invalidated, and because of that, it becomes harder to open up about whatever may be causing me distress. Clearly, for someone who’s mentally ill, this is the worst possible outcome.

How a Mental Health Ally Can Be Less Selfish

By definition, selfishness means putting yourself before any others. To be less selfish, you need to put others – in this case, those who are mentally ill – before yourself.

Take the case above: being less selfish would mean not assuming that an anxious reaction “doesn’t sound so bad.” It means accepting that just because it doesn’t seem bad to you, it may be bad for the person experiencing it. It means being okay with that conclusion, and perhaps going above and beyond trying to understand why it’s so bad in the first place.

Going above and beyond may be the most important thing to consider as a mental health ally. Maybe the person you know who’s mentally ill will need someone to talk to late at night when you’d ordinarily be in bed. Maybe that person needs you during the day when you’re working. You need to be okay with that because people who are mentally ill just need more. To not be selfish means to not see that as your calling as a mental health ally, rather than an inconvenience.

APA Reference
DeSalvo, T. (2019, July 24). How to Be a Mental Health Ally: Don’t Be Selfish, HealthyPlace. Retrieved on 2021, May 11 from https://www.healthyplace.com/blogs/anxiety-schmanxiety/2019/7/how-to-be-a-mental-health-ally-dont-be-selfish

You Can Schedule Away Your Anxiety. Here's How to Do It
Anxiety in the Heat and Asking for the Help I Need
Moumita Mallick
August, 3 2019 at 6:26 am

When I am depressed or unhappy then want to talk with people.. I love to talk to people..

Good! That's a healthy way to approach it. The world would be a less toxic place if more people did that.