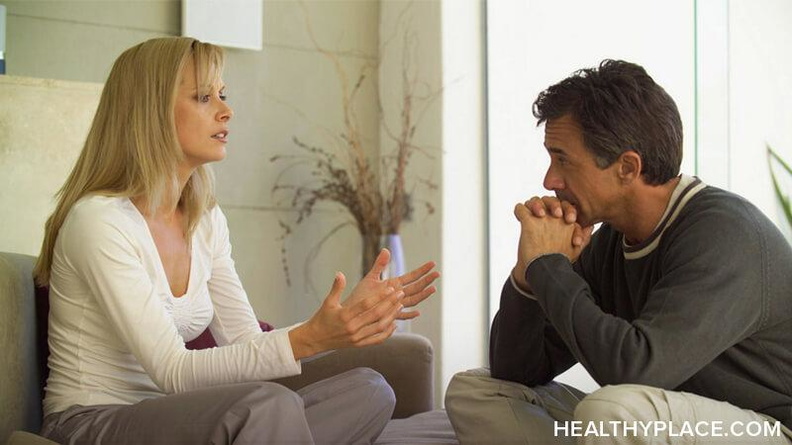 Though the potential causes of anxiety are infinite in number, I would suggest that issues surrounding open communication are among the most significant. In this post, I want to argue for the importance of always being as open as possible when communicating with others, as I believe it is an important way to mitigate the potential negative effects of anxiety.

Why Open Communication Is Important

Again, though one’s anxiety triggers may be manifold, a common thread that exists between most of them is uncertainty. This should be common sense to most of my readers. If something is certain, that means you know what’s coming, and you can prepare for it. If something is uncertain, you have no idea what to prepare for. Will it be good or bad? Will it be something that I’ll have to prepare for? These questions can't be answered satisfactorily and that is more than enough to cause stress.

When applied to communication, being closed off creates uncertainty. You are, for whatever reason, withholding information from the other party and as such, there is going to be a knowledge gap between what is said and what is known. It doesn’t matter why a person chooses to be withholding – what’s important is the mere fact that he or she is doing it.

Honestly, being withholding isn’t even effective in the long run. I’ve been around enough withholding people to know that most people aren’t good at doing it. So when you detect it, a million things run through your head, in an attempt to try and figure out what’s really going on. Is something bad happening? Is the person keeping to him or herself because of something I did? Again, if a person is withholding, none of these questions can be answered.

How to Communicate More Openly

There isn’t really any big trick to being more open in your communication. You just have to do it. It’s something everyone is capable of, but for whatever reason, many people just don’t.

The best way, perhaps, to change your perspective on this issue or any issue, is to put yourself in the position of the other person. Develop empathy. If someone close to you was, for whatever reason, withholding something from you and you found out later, would you not be upset? Would you not want to be treated better? I’m sure you would. You owe those you know at least that much.

The truth is simple: open communication implies trust and intimacy with those you talk to. It suggests you respect the other person enough to share your innermost thoughts with them. All friendships and relationships should be based on trust.