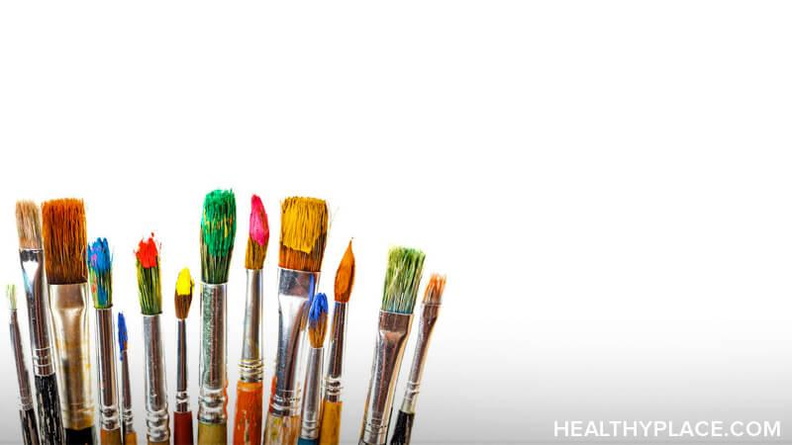 You can understand mental illness more fully by reading great literature. Regular readers of this blog may have seen the video where I examined a poem by William Wordsworth and applied its wisdom to living with anxiety. I'm a former English major, and I firmly believe literature to be one of the most valuable tools we can use to come to terms with the challenges of life, mental illness included. Because this may seem foreign to many readers, I want to use this time to argue why you can understand mental illness better by reading literature.

Why Can You Better Understand Mental Illness by Reading Literature?

1. Writers Understand Mental Illness Without Science, and Have for Thousands of Years

The mentally ill are often prone to loneliness and in my experience, that loneliness is among its darkest aspects. In the throes of a violent anxiety attack, it can be despairing to believe nobody else can understand what you're going through. Literature provides you with a nearly 3000-year-long catalog of witnesses to your suffering. Case in point: the Greek tragedian Sophocles, in the 5th Century BC, gave classic representation to what we now call bipolar disorder and posttraumatic stress disorder (PTSD) in his plays Ajax and Philoctetes.1

2. Literature Can Talk About What Science Can't

In saying this, I'm not intending to diminish science as a useless pursuit or discount the very real progress science has made in our ability to treat and understand mental illness. However, by its nature, science is limited with regards to how it can express itself. It demands empirical proof before making truth claims and research is often inaccessible to even intelligent readers. For those of us who are mentally ill, we crave answers and comfort for our suffering and science often falls short.

Literature, because it isn't bound to the same standards, can avoid these pitfalls. Consider Sylvia Plath, whose novel The Bell Jar is taken from this classic metaphor describing her mental state:

"Wherever I sat -- on the deck of a ship or at a street cafe in Paris or Bangkok -- I would be sitting under the same glass bell jar, stewing in my own sour air."2

Unlike scientific claims, a metaphor need only rely on its own power to make its point, and Plath's is a powerful metaphor. Every reasonable reader is able to comprehend what she's getting at and immediately, we are able to better understand what is going on inside her head. Science cannot hope to express itself this powerfully or to reach an audience so universal.

3. Literature Is Therapeutic Because Its Authors Understand Mental Illness as Human Nature

We've understood the therapeutic potential of literature since Aristotle's day, when he defined catharsis as the cleansing and purgation of mental states achieved when reading or listening to a great literary work.3 Consider, again, Sophocles' Ajax.  Throughout the play, we see him slowly lose himself after being bested by Odysseus, culminating, in a moment of madness, with him murdering a group of livestock, believing it's an enemy army. When he realizes what he's done, he's so ashamed he kills himself.

We are disturbed as we watch Ajax because we see in him a magnification of the baser parts of ourselves. The desire for glory remains powerful and through Ajax, we see what may happen when that desire overtakes us. Through his death, those baser instincts his character brings to life may die with us.

What literature helps you to express or understand mental illness?

Anxiety Strategies for Getting Through Your Day in Peace
Is Summer Anxiety a Real Thing?