Have Anxiety? Take Time Off Work 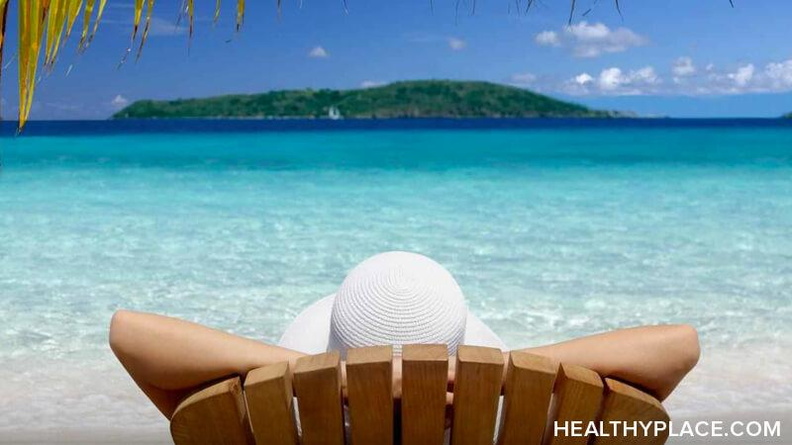 My anxiety has caused me to take more time off work, and I couldn’t be happier. This is a refreshing change. Too often, this blog has become a catalog of instances when anxiety leads to hardship. Perhaps this is to be expected. But anxiety can, counterintuitive as it may seem, lead to valuable insights not often shared by those without it, as is the case here when I took some time off of work to handle my anxiety.

Last year, Glassdoor released the results of a survey of over 2,200 US workers. It found that, on average, workers who received paid time off work would only use 54 percent of that time over the course of a year – in other words, if given two weeks of vacation, most workers would only use one. Furthermore, the number of workers who elect not to use all their vacation time increased by over 10 percent in the course of only four years.1

The reasons why employees do not take time off of work are manifold, but can all be lumped together under the heading of what Glassdoor’s Scott Dobroski starkly calls “fear.” Workers are fearful about falling behind, being replaced, or being disconnected from the rest of the company.

That fear causes us to act outside of our own best interests. Research demonstrates that taking vacations alleviates stress, improves life and work satisfaction, and causes us to see things in a new light when we return.2 But we’re giving all those benefits up, and what’s most tragic is that for the most part, we’re doing it completely of our own free will.

I’ve witnessed this behavior first hand. At my job, which is fairly laid back, we have been reminded on multiple occasions to actually use our vacation time. It’s great that my higher-ups are encouraging us in this way, but it’s beyond sad that such encouragement to take time off of work is even necessary in the first place.

Why I Take Time Off Work

I’ve never needed encouragement to take vacations. Though the year isn’t over, I plan on using every day I’ve earned – I’ve even taken unpaid time off when I didn’t have any paid time to use. Do I ever worry, as most American workers seem to, about falling behind or being replaced? No. At this point, I just don’t care.

That probably sounds harsh and overly cynical, but I mean it in the most positive way. I’m a highly anxious person – because of that, I need to focus a lot more time and energy on self-care than most. I know if I adopted a more “workaholic” ethic, I would break down. Given all that, given the choice of devoting more time to my work or myself, I will always choose myself, because that’s what I need. If, God forbid, I was ever in a situation where I would be replaced for being away from work, I’d say “good riddance” and never look back. I wouldn’t want to be associated with anyone who would treat their workers so callously.

I don’t think anything I’ve just said is controversial, yet given the survey results discussed above, this way of thinking will probably sound Greek to most workers. That’s really sad. I’m so used to framing myself as “mentally ill” – yet sometimes, in situations like this, I can’t help but think that I’m the only sane man in the world. How ironic that mental illness lead me to this conclusion.

Do you take all the time off of work that you can? Let's talk about it in the comments.

Tags: take time off of work

Hi a lot of what you said is me too, I have to give more time to myself as if I dont I'll be useless and go into a crisis, so I space out my shifts at work over the fortnight, I'll work Monday, wed fri then maybe sunday tue wed, I feel sometimes a bit selfish but realise No the last times I worked non stop and I ended up in hospital for 3 days, I took a trip to Fiji and just chilled out since then I watch how much I work re money I worried really bad but actually I worked so hard I'd actually been ahead in my Bill's as I over pay so that was good

I hope you can find the time you need for yourself. It really is important, and the fact that it isn't second nature to many people is just sad.