I once had a therapist whom I admired, respected, and trusted who observed during a particular session that I have an anxious personality. Hmm. What, I wondered, did that actually mean? Is that better than the anxiety disorders I had previously been diagnosed with? Or was it worse, because “disorder” implies that something can be improved, whereas a personality is just what it is? Of course my anxiety skyrocketed and I set out to discover what personality has to do with anxiety.

The Concept of Personality is Complex

It’s important to know right off the bat that the word “personality” is a complex one, with many meanings and implications. At its basic level, personality refers to who a person is, his/her thoughts, feelings, behaviors, and patterns of interpreting the world. Many things influence the development of personality, and personality is fluid; it changes over time.

So when I was told I had an anxious personality, (different from a personality disorder) I was baffled, at first. Upon reflection, I began to understand what she meant. At that time of my life, anxiety dominated all of me, and it impacted me both inside and out. My anxiety encompassed who I was. I viewed the world through an anxious lens, and that made me think, feel, and react anxiously. I did have an anxious personality. But why?

There Are Numerous Personality Types 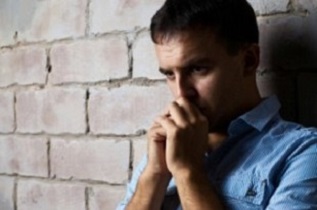 Personality theories abound, and people accept them to varying degrees. One well-known way to test and classify personality types is the Type A/B/C/D model. Yes, really, Types C and D are real. They’re just not as well-known. Experts embrace this breakdown differently, some loving it, some not so much. But it’s almost universally accepted that each of these types is associated with given traits that help define one’s personality.

These are the folks who are known to be driven and achievement-oriented. They’re competitive and can be rather intense and high-strung. They set lofty goals, and they put high demands and expectations on themselves to achieve them.

These people are more relaxed and laid back than their A counterparts. Read: they can be procrastinators. They’re patient. They’re creative. They’re the big-picture thinkers. Sometimes they’re people-oriented.

You want details? Seek out a C. They’re detail-oriented and perfectionistic. You really will need to seek these guys and gals out, though, because they tend not to be very assertive, and they generally fear criticism.

The D’s really need tender, loving care when approaching them. They tend to feel easily distressed as they fear rejection. They can be rather pessimistic, too, always assuming that they’re not good enough and will be shunned.

Back to this one, briefly. As mentioned, the anxious personality is consumed by anxiety, and anxiety affects the person’s world view. Worrying, perfectionism, and fear dominate.

Is There a Relationship Between Personality Types and Anxiety?

I have a wonderful answer to this question: Yes, and no. Look back at each and every one of the traits, and you’ll see potential for anxiety. Type A’s are susceptible to stress, worry, and fear of failure.

The B’s are at risk for the anxiety that comes when deadlines loom and go unmet. Depending on the situation, big-picture thinkers can sometimes worry about the future.

With their fears of failure and criticism, C’s can experience social anxiety disorder. I highly suspect that I’m a Type C mixed with a healthy dose of Type A.

The Type D people, as they’re prone to stress and pessimism, are at risk of generalized anxiety disorder.

So What? Are We All Really Doomed to Anxiety?

Absolutely not. What all this means is this: If you have anxiety, you are not flawed. You are not a weak human being. Absolutely everyone has aspects of his or her personality that can contribute to the development of anxiety.

So why doesn’t everyone have an anxiety disorder? That’s a long, complex answer. A big portion of it has to do with the fact that some people have strategies within themselves that keep the anxiety at bay. They practice self-care. They have support systems. They have tools in their toolboxes to use to reduce the anxiety we all feel.

Further, quite a bit has to do with anxiety and brain chemistry. Chemical reactions, neurotransmitter "behavior," hormonal activity, and the like can sometimes be at the root of anxiety no matter your personality.

All this, my friends, is great news for all of us. I’m Type A and C with an anxious personality and a couple of anxiety disorders. Big deal. There are a whole lot of other things that are part of my personality too. I’m not defined by anxiety. And, as I mentioned, personality is fluid. It changes over time. I don’t have to have this anxiety forever, and neither do you.

Thank you for this <3

Thank you for making this, you have given me information that I didn't know before. Now I don't feel as bad about having anxiety.