Is Anxiety the Fear of Fear Itself? 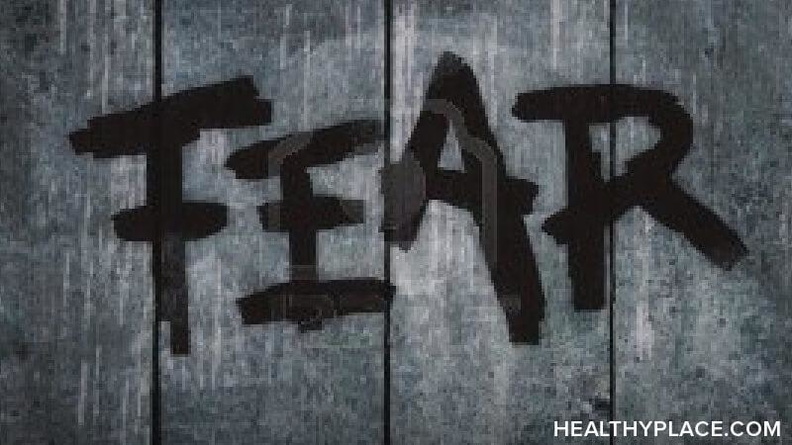 The idea that fear and anxiety are tightly woven together is widely accepted by mental health professionals. I agree, and you might too. But is anxiety only the fear of fear itself?

Most anxiety related disorders involve fear of one thing or another. For example:

Anticipatory anxiety is literally the fear of fear.

There are specific phobias which, by definition, involve fear of something.

There is social anxiety (also called social phobia) which is fear related to social interactions.

Panic, whether occurring randomly or in response to a specific situation, is often induced by fear, and it creates an intense feeling of fear in the person experiencing the panic attack.

Can You Stop Feeling Fear Itself to Cure Anxiety?

But even though fear and anxiety ride together, can you get rid of anxiety by simply refusing to be afraid? Is Franklin Delano Roosevelt's famous statement even true?

The only thing we have to fear is fear itself. ~FDR

In so saying, FDR made fear sound like no big deal, a piece of cake. The implication of this statement is that nothing out there is frightening--not really, anyway. It's merely the idea of fear that can be crippling. Further, if one stops being afraid, one will no longer be afraid.

In implying this, was FDR wise or ignorant? Actually, maybe a little of both. [Ed Note: The audio that once accompanied this article is no longer available. Instead, check out these articles that relate to fear and anxiety.]

More on Anxiety and Fear Itself

Fear and Anxiety; The Meaning of Fear

The Fear of Anxiety Causes Anxiety

Fear Change? Seven Ways to Quiet Anxiety of the Unknown

Tags: anxiety and fear itself

APA Reference
Peterson, T. (2014, February 11). Is Anxiety the Fear of Fear Itself?, HealthyPlace. Retrieved on 2020, June 2 from https://www.healthyplace.com/blogs/anxiety-schmanxiety/2014/02/is-anxiety-only-about-fear-itself

Recognizing that fear or anxiety or whatever the stress is really just ENERGY can be potent, since energy can be channeled into something else.
Your blogs explain this very concept, and my students, 8-10 year olds, are evidence that it works. "I feel energy," followed by "it can be used to help me..." (get excited, show my best, get something done) is truly empowering. Thanks for helping inspire so many to choose a more powerful place!

I love your "formula" -- I feel energy. It can be used to.... What a great way to put this. Thank you for sharing this, Bev, and I'm so glad to read that you find these blogs to be helpful!