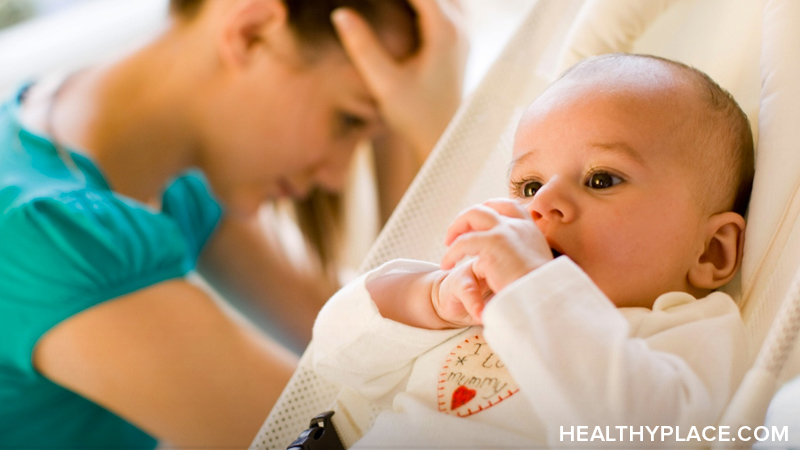 Know that postpartum depression and anxiety don’t have to interfere with your positive experiences with your new baby. Let’s take a closer look at these conditions and their symptoms, causes, effects, and treatments.  Armed with knowledge, you can beat PPD and PPA.

If you’re dealing with postpartum depression and/or anxiety, you’ll probably feel certain symptoms. The below lists highlight common symptoms, but you might not experience all of them, and there might be some things you experience that aren’t on the lists. That’s because PPD and PPA are very individual experiences.

Common postpartum anxiety symptoms can include:

What causes these bothersome symptoms?

While researchers are still studying what, exactly, causes postpartum depression and postpartum anxiety, they have discovered some likely culprits:

These causes of PPD or PPA can lead to the expression of symptoms. Symptoms lead to unwanted effects.

Effects of Postpartum Depression and Anxiety

Postpartum depression and anxiety can be mild, moderate, or severe. They can become severe enough to disrupt the mother’s ability to care for her baby, her family, and herself. At their worse, PPD and PPA cause suicidal thoughts and behaviors as well as thoughts of harming the baby.

These experiences involve life-disrupting effects that can be prolonged. Just a few of the effects on mothers can involve:

Infants can feel the effects of PPD and PPA as well. According to a 2009 study conducted by Feldman et al., babies who were unable to bond with their mothers because of PPA and PPD were affected in the following ways. Compared to peers, these infants demonstrated:

Clearly, PPD and PPA are detrimental to the physical and mental health of both mothers and babies. The good news is that these conditions are temporary and treatable.

Different treatment options exist for postpartum depression and postpartum anxiety. The most common treatments are approaches such as:

Medication for Postpartum Depression and Anxiety

Medication for postpartum depression and anxiety can also be an effective option. If PPD or PPA are very disruptive, medication might be in order.

Most doctors feel that the best medication for postpartum depression and anxiety is selective serotonin reuptake inhibitors (SSRIs). Some of the most widely used SSRI antidepressants include:

A new antidepressant called Zulresso (brexanolone) is the first drug specifically designed for postpartum depression. Approved by the FDA in March 2019 and available for use in June 2019, this IV administered medication offers the promise of quick and efficient PPD relief.

Sometimes, women fear that seeking help is a sign of a bad mother. This couldn’t be further from the truth. Seeking treatment is a sign of maternal love and personal strength. Understanding your PPD and PPA and seeking help when necessary will give you back the joys of caring for your new baby, and it will allow the two of you to bond. 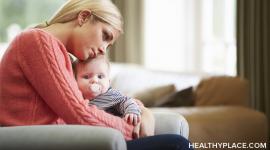 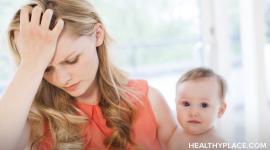 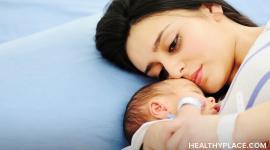 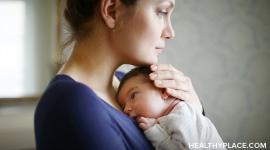 Is My Girlfriend, Boyfriend or Partner Depressed? Here’s How to Tell