Why is Celexa prescribed?

Celexa is used to treat major depression--a stubbornly low mood that persists nearly every day for at least 2 weeks and interferes with everyday living. Symptoms may include loss of interest in your usual activities, insomnia or excessive sleeping, a change in weight or appetite, constant fidgeting or a slowdown in movement, fatigue, feelings of worthlessness or guilt, difficulty thinking or concentrating, and repeated thoughts of suicide.

Like the antidepressant medications Paxil, Prozac, and Zoloft, Celexa is thought to work by boosting serotonin levels in the brain. Serotonin, one of the nervous system's primary chemical messengers, is known to elevate mood.

Most important fact about Celexa

Be careful to avoid taking Celexa for 2 weeks before or after using an antidepressant known as an MAO inhibitor. Drugs in this category include Marplan, Nardil, and Parnate. Combining Celexa with one of these medications could lead to a serious--even fatal--reaction.

How should you take Celexa?

Celexa is available in tablet and liquid forms. Take either formulation once a day, in the morning or evening, with or without food. Although your depression will begin to lift in 1 to 4 weeks, you should continue taking Celexa regularly. It takes several months for the medication to yield its full benefits.

Take it as soon as you remember. If it is almost time for your next dose, skip the one you missed and go back to your regular schedule. Do not take 2 doses at the same time.

What side effects may occur when taking Celexa?

Side effects cannot be anticipated. If any develop or change in intensity, inform your doctor as soon as possible. Only your doctor can determine if it is safe for you to continue taking Celexa.

Why should this drug not be prescribed?

If Celexa gives you an allergic reaction, you cannot continue using it. Also remember that Celexa must never be combined with an MAO inhibitor (see "Most important fact about this drug," above).

Read FDA warning covering all antidepressants and the possibility of suicidal thoughts and behaviors in children, adolescents and adults. More details here.

In recommended doses, Celexa does not seem to impair judgment or motor skills. However, a theoretical possibility of such problems remains, so you should use caution when driving or operating dangerous equipment until you are certain of Celexa's effect.

There is a slight chance that Celexa will trigger a manic episode. Use Celexa with caution if you suffer from manic-depression (bipolar disorder). Use caution, too, if you are over 60 years old, have liver or kidney problems, suffer from heart disease or high blood pressure, or have ever had seizures.

Celexa does not increase the effects of alcohol. Nevertheless, it's considered unwise to combine Celexa with alcohol or any other drug that affects the brain. (Be particularly careful to avoid MAO inhibitors.)

If Celexa is taken with certain other drugs, the effects of either could be increased, decreased, or altered. Tell your doctor about any prescription or over-the-counter drugs you are planning to take, and be especially certain to check with him before combining Celexa with the following:

The effects of Celexa during pregnancy have not been adequately studied, and the potential for harm has not been ruled out. If you are pregnant or plan to become pregnant while on Celexa therapy, tell your doctor immediately.

Celexa appears in breast milk and will affect the nursing infant. You should consider discontinuing either breastfeeding or Celexa. Talk with your doctor about the pros and cons of each option.

Any medication taken in excess can have serious consequences. If you suspect an overdose, seek medical attention immediately. 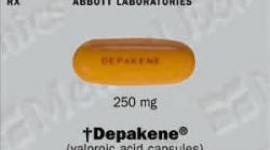 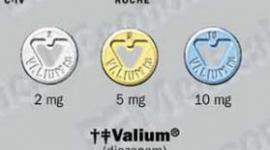 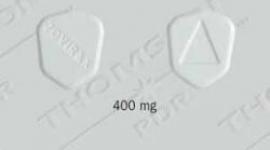 If You Live With Mental Illness, Do You Tell People?

The Difference Between Mental Health and Mental Illness

How Do You Know If A Mental Health Treatment Really Works?

Depression: How Are You Getting Over It?