ADHD and Trauma Symptoms: How to Tell Them Apart and Treat Both 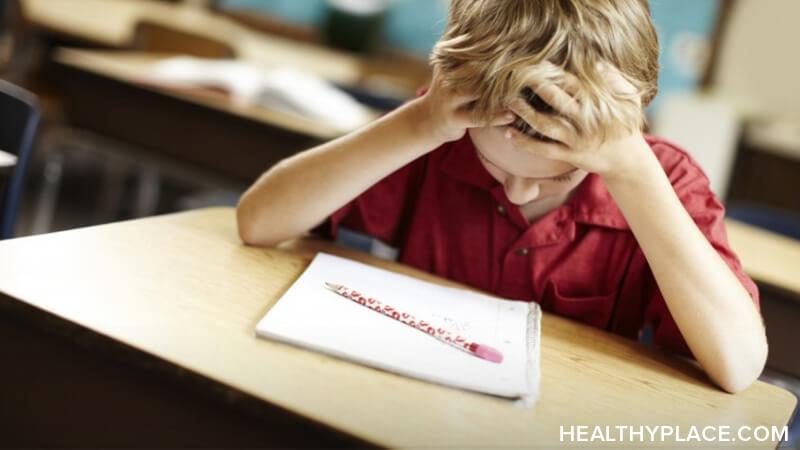 Attention-deficit/hyperactivity disorder (ADHD) and trauma or posttraumatic stress disorder (PTSD) symptoms can overlap, making the combination difficult to correctly diagnose or treat. The two conditions share certain symptoms and can be hard to distinguish. Sometimes PTSD exacerbates ADHD and ADHD slows recovery from PTSD. Though challenging, treating the combination of ADHD and trauma is not insurmountable.

What ADHD and Trauma Symptoms Have in Common

Both ADHD and PTSD can manifest the following symptoms:

In addition, both ADHD and trauma can cause problems throughout someone’s lifetime. One study in Sweden found that a large number of people who took extended sick leave due to “emotional exhaustion syndrome” (better known as “burnout”) also suffered from undiagnosed PTSD and/or ADHD. Researchers found that a quarter of those suffering from burnout likely had ADHD and more than half had strong symptoms of PTSD. Those living with trauma already live with high levels of stress, and researchers note that those with ADHD have a difficult time maintaining “balance in stressful settings.”1

Fortunately, doctors find that addressing ADHD often assuages PTSD symptoms and vice versa. Treating ADHD improves engagement in trauma work, and working on PTSD lessens the anxiety and restlessness caused by ADHD. Certain medications used to treat ADHD might also work on trauma and depression, perhaps because stimulants affect dopamine (neurotransmitters that help motivate us) and allow the brain to focus on the present rather than on past trauma.3

In short, if you think you have ADHD and PTSD, try to address both issues. See what treatments work. If it feels as though something is missing though you are working through trauma, you might also have ADHD. If stimulants and ADHD coaching don't cut it, you might also have PTSD (15 Common Signs of Unresolved Trauma).

Have you ever been misdiagnosed as having trauma or ADHD? If you have both, what do you do to address them? Let me know about your experiences in the comments. Hopefully, this is the beginning of a helpful conversation.

APA Reference
Matteson, N. (2018, January 23). ADHD and Trauma Symptoms: How to Tell Them Apart and Treat Both, HealthyPlace. Retrieved on 2022, August 18 from https://www.healthyplace.com/blogs/livingwithadultadhd/2018/01/treating-symptoms-of-adhd-and-trauma

Why Do People with ADHD Have Problems Sleeping?
Adult ADHD and Autism Link: Symptoms and Treatment
Celyn
November, 28 2020 at 5:34 am

I am a survivor of childhood narssistic abuse. Throughout childhood I was taken in time and again for school conselling and always misdiagnosed with ADHD. It wasn't until I was in my early 20's that I found therapy books that addressed children of narssistic abuse and immature parents and specifically daughters of narssistic mothers that I was able to finally find answers and begin the process of healing. The more I learnt, the more I remembered my childhood and the more I have grieved for the child I once was and the fact that all the adults in my life who were supposed to protect me took one look at me and immediately put me in the box of ADHD instead of ever once thinking abuse - and now that I'm older I also have reason to believe that a part of that might have been due to being a "marginalised child not doing what her white teachers wanted her to do". I'm in the process of narrating my traumas by the means of storytelling; for the sake of my own curiosity and answers I wanted to see if the two were really so similar as to justify misdiagnosis or if what happened to me was just a special case. I've visited blogs run by people who have ADHD, seen videos recorded by them and read works - articles, stories, poems, comics, etc. created by them, and I've compared them to the experiences and grievances of childhood abuse survivors like me. One the one hand I find that yes, there can be seen some similarities between the two and that what happened to me was likely not an anomaly, but most of those similarities are surface level and almost all of them come from entirely different sources. I wouldn't say that I'm glad but now at least I feel somewhat justified and firmer in my knowledge that I absolutely do not have ADHD.

5 years ago I got diagnose pstd and grown up adhd, one of my trigger points in pstd was to not be belived and understood and a magor anxiety of die/death after the trauma. this 5 years of tryin to find a terapeut that don't trigg my trigger points seamed impossible, every new failior was a new trigger point, and the thought to fail in any hard or simple day decitions gave me a feeling of death anxiety, after years of the war of finding help.. Even the feeling of feeling good is today sometimes is a triggerpont of the fear that when I relax I don't have control that shit will happen when I least expect it or think im being helped but find out that I get missled the its to late.. So my advice is better to have someone who you feel personaly connected to as fast as possible instead of tryin to find the right terapeut with the right education.. I learned the hard way on my way of seeking help talking to other people in Norway about my situation, I relize it takes around 3-5 years befor you find the right terapeuth.. and in that time many more trauma can come case you get traumatised of not getting the right help over and over again.. so listen to your heart, be your own best protector, and if you know anyone who is a psychologist that you trust, even if the person doesn't have the exactly education is better to have someone trusty than search for 3-5 years.. after 5years of search I finally got my first 2 mounth with a good terapeut, but still not worth it yet, I wished I knew that it would take 5 years case then I would have relay my health on other ways.. To travel or be with people you trust for example instead if waiting at home with bad thoughts,and anxiety in the end of waiting for help can also damage more than it helps.. so be aware that you need strength its not easy to find a terapeut that understand all your needs in the right way. good luck best regards Caroll

Thank you so much for your comment, Carroll. I guess it did me take about five years to find a great therapist! However, as you suggest, the other therapists still helped keep me afloat. I wish you the best of luck!

I am looking for treatment for both in Los Angeles. Do you have any recommendations?

I'm afraid I do not live in L.A. or know therapists in the area! I would recommend a good google search or to check out certain websites designed to search for counselors. This article with HealthyPlace also describes some things to think about when looking for treatment: https://www.healthyplace.com/depression/articles/how-to-find-a-therapist-whos-right-for-y…. Thank you for commenting!

I wish they had this awareness when I was growing up.