Why Do People with ADHD Have Problems Sleeping? 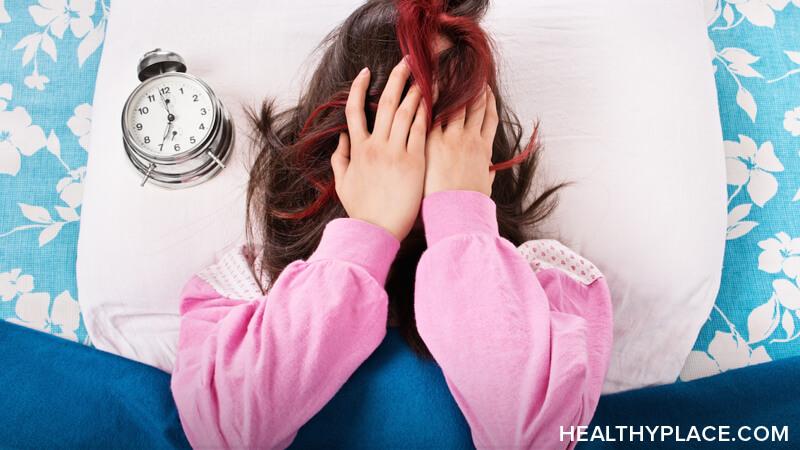 People with attention-deficit/hyperactivity disorder (ADHD) tend to have problems sleeping, even though good sleep helps reduce ADHD symptoms. It's a cycle—insomnia worsens the same adult ADHD symptoms that make it difficult to sleep. Why do people with ADHD frequently suffer from sleep deprivation, and is there anything we can do about it?

I have struggled with sleeping well for as long as I can remember, to varying degrees. As a child with ADHD and sleep problems, my imagination conjured up all sorts of frightening scenarios at night. Even when I wasn't afraid, my restless mind kept me awake, especially when I knew I needed to wake up early. Children with ADHD can have excess energy and get hungry at night.

As an adult, I often get a burst of energy after midnight. Thoughts race through my mind, and I feel the urge to get up and immediately do all of these "essential" projects. If I wake up during the night, falling back to sleep feels like a Herculean task. I get hungry and thirsty, and everything is a distraction. On top of that, many with ADHD have trouble waking up in the morning when they do finally fall asleep.

Theories About ADHD and Sleep Deprivation

Much research has been done on stimulants' effect on sleep. It is certainly important to recognize that ADHD medication can contribute to sleep loss. However, this emphasis sometimes dismisses insomnia suffered by ADHDers who have never or rarely taken stimulants. Here are some non-stimulant-related issues with ADHD and sleeping problems:

Sleep requires some sort of relaxation. ADHDers frequently suffer from anxiety or simply an active mind and restless body. We are easily distracted by sounds and thoughts that can keep us awake, and we often have a hard time stopping something we've started—apparently, including sleeping (Is It ADHD Perseveration or Hyperfocus?).

Studies show that not only do high numbers of ADHDers struggle with sleep disorders but that sleep disorders cause ADHD symptoms or even certain instances of ADHD itself. Dr. Vatsal Thakkar states that he and others have mistaken signs of sleep deprivation (distractibility and forgetfulness, for example) for ADHD.1 He even suggests that this mistake helps account for the recent growth in ADHD diagnoses.

Dr. Thakkar cites studies finding that a huge percentage of those with ADHD suffer from sleep apnea, restless leg syndrome, or other sleep-disruptive conditions. In some cases, the ADHD symptoms completely disappear when the severe sleep problems are fixed. In other cases, breathing-related sleeping problems in infancy might result in permanent brain damage and persistent ADHD symptoms.*

Genetics play a role in so many things including our ability to sleep. Both of my parents have problems sleeping, so it's no surprise that I do as well. Many with ADHD experience "delayed sleep phase syndrome" where we fall asleep later and take longer to fall asleep than other people. It is a sign that our circadian clocks are off. (These clocks regulate our bodies based on a 24-hour period.) This can lead to consistent sleep loss.

Salif Mahamane gave a great TedxTalk talk about how "involuntary attention" could be an asset in the natural world, essential when watching for predators or prey.2 Likewise, having a different circadian rhythm might have its advantages. For example, it allows certain individuals to remain awake and watchful at night when others are asleep and unaware of their surroundings.

In the video below, I talk about what we can do about ADHD sleeping problems in the face of overwhelming information and advice about sleep.

I hope you sleep soundly tonight. Let me know in the comments what you do to help create a good night's sleep, and have a happy new year.

*Though Dr. Thakkar's promotion of sleeping studies is extremely important, it is possible that the breathing-related sleeping problems cause permanent damage due to a lack of oxygen rather than a lack of sleep.

Sandra Kooij. APSARD. Are You a Night Owl? About ADHD and Late Sleep.

APA Reference
Matteson, N. (2018, January 9). Why Do People with ADHD Have Problems Sleeping?, HealthyPlace. Retrieved on 2022, June 26 from https://www.healthyplace.com/blogs/livingwithadultadhd/2018/01/why-do-people-with-adhd-have-trouble-sleeping

ADHD Organization Tips: Planners, Calendars and Lists
ADHD and Trauma Symptoms: How to Tell Them Apart and Treat Both