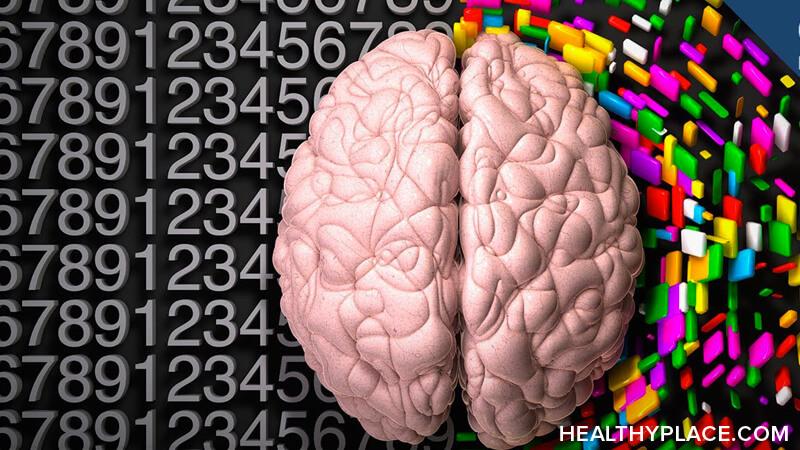 The Overlap Between ADHD and Autism

Only recently have psychiatrists accepted that ADHD and autism can occur together. Before 2013, the American Psychiatric Association denied that someone could have both diagnoses.1 Now, studies reveal a very high comorbidity between ADHD and autism. (Comorbidity is when two or more disorders appear in the same person.) Between one fifth and one half of ADHDers show symptoms of ASD, and at least half of those with ASD demonstrate symptoms of ADHD. 2

These disorders might share a genetic link. Researchers found that ADHD was four times more likely than the average person to appear in someone with a fraternal twin on the autism spectrum and 18 times more likely if an identical twin had ASD.3

Similar Symptoms in ASD and ADHD

The website Understood has an excellent chart comparing traits of children with ASD to those with ADHD.4 In very broad terms, ASD involves communication problems while ADHD involves issues with self-regulation.

In spite of underlying differences, the disorders share a range of symptoms: excessive movement, impulsivity, emotional meltdowns, overstimulation, and extreme focus on a single interest (yes, even people with ADHD deal with perseveration or hyperfocus). These issues take their tolls in numerous ways, from having troubles forming friendships to lacking proper safety awareness.

Neurologists are starting to look at autism in a different way. They have noticed the overlap between ADHD and autism (as well as obsessive-compulsive disorder and various learning disabilities) and are studying children with multiple conditions. This research aims to investigate which parts of the brain produce which symptoms. Because there is a wide and overlapping spectrum of symptoms between several disorders, findings could lead to more specific diagnoses and treatments.5

How to Treat Adult ADHD and Autism

It is frustrating that most of these studies focus on educating parents of children with these conditions. Many adults do not have parents to guide them through their mental disorders and are trying to cope on their own. It is also disheartening for adults with ADHD or ASD to read about how crucial it is to identify and treat these disorders as early as possible.

Still, it is good that new discoveries are being made, and available advice can still help adults. Many treatments work for both ADHD and autism. These include therapy, exercise, appropriate medications, and established routines. Those with ADHD can especially benefit from tutoring in organization and time management, while people with autism might need additional help with speech, sensory issues, and social skills.

I hope scientists continue to discover information that reduces stigma and helps people with ADHD and autism spectrum disorder live happy lives. In the comments, let me know what you think and if you or someone you know lives with both of these disorders.

ADHD and Trauma Symptoms: How to Tell Them Apart and Treat Both
How ADHD Affects Working Memory
Ally
September, 29 2020 at 10:55 am

I was diagnosed with autism, aged 44. Now, aged 50, I'm going for an ADHD assessment. I've been on antidepressants for around 15 years but have become less and less able to cope with everyday life until now my husband is more or less my carer while also working full time. I'm desperate to find out what's going on with me and to find something that will help me be normal again, or at least something close to normal 🙁

hi my name is Ben, I have adhd/asd… currently, my "OFFICIAL governmental two bit diagnosis is skitzophrenia, because a psychyitrist once asked me what I thought I, I said I cant hear myself think my memory have turned to voices and I hear voices instead of thoughts... I found out myself that the voices were thought disorders of tramati memories of a past I had at the time not remembered but must have been repressed memory that I did not consieve as 100% pure fact until I was 37, the onset of my breakdown was when I remembered that I was abused sexually as a child at an early age from 3 - 7 and again at 13, the original inkling of the memory was age 23, when I mentally broke down while "taking" mdma… and the memory broke, since I have had thought disorder photographic and auditorial memory of the abuse along with most other memorys, however whenever my memory is triggered off it lights up the vision in my eyes aand I see the abuse, this has been constgant for nearly 20 years and sometimes images of memory can sometimes be manipulated by other memories so good memories sometimes turn bad in aa really bad way, for example love can turn to abuse as memory is stacked apon memory according to whaat is in my short term adhd visual memory, this breakes me and is quite hard to get through even after 20 years... I have diagnosed myself with add and asd as I have self medicated with catapress and amirtriptalyne and they have helped ease or totally stop the visual stimulation memory... however because I have a suspected history of drug abuse which is faulse they wont listen to me and think that I are just trying to get a high... in all honesty I don't agree with my diagnosis of schitzzophrenia and are struggleing on antiphycotics… self medication is my only option at the moment... thanks for your useful and intregingly informative website... you can email me at 1979b.r.b.n@gmail.com your reply and advice has already been so helpful... and also greatly appreciated... thanks benni

I am 41 and diagnosed with Adult ADHD Autism and BPD basically I hold three different personalities and couldn’t cope any longer with my confusing mind and loneliness so at 38 I needed to start my journey with “what’s wrong with me” i am post diagnosis and experiencing many contradictory emotions. Phew.....

I’m 37 yrs old and have struggled for all 37 yrs. I was born with FAS, depression, and ADHD. I’ve always felt different, like I didn’t belong. The last few yrs have been an enormous struggle. I would always say “there is something else that is wrong with me”. Last yr I saw a tv serious A Typical. I could relate with some of what the character was going through. What I just read blew my mind. It was so much weight lifted of my shoulders. There may be something that can help me. Thank you so much for this

Thank you for commenting, Damon. I am so glad this was helpful! I wish you the best of luck on your journey. :)

Noelle what’s the best way for myself to see if I am on the spectrum?

Hm, I would say the very best way is to see a therapist or doctor who specializes in autism spectrum disorder. You could also do some more research first, read or watch interviews with people with the condition and their descriptions of it, and take a couple online psychological tests. Best wishes!

AS LONG AS U DONT COME APART FROM ADULT elvanse they do a proper job. its my 9th month this year.

I'm glad that is working for you! It really seems to depend so much on a person's brain chemistry and situation. Best wishes!

i have ASD adhd and autism. i how all symptons. when food shopping i shoew autism and in the home and adhd. im on treatment called elvanse i need some zenzidis on top or want 70 mg. my 50 mg do a good response.

My son is now 22 years old. He was diagnosed with ADHD in 4th grade but I've always felt there was more to it. A teacher suggested the likelihood of Aspergers but the "specialist" did not agree. As the years have gone by, I know he is on the spectrum. He is highly intelligent - just graduated college with a degree in Communications. He, however, has difficulty relating to others as well as understanding others' body language and prefers spending time alone with his computer & video games. He likes routine but is not as bad as he used to be - we used to see tantrums when he was young. We are at a very frustrating point right now as he is having difficulty finding a job (not sure why) and we are unsure what his future holds. I think he would like more interaction with people but it is very uncomfortable for him. He has no close friends and has never had a relationship. Am I just being a worry wort parent?

It seems very natural to want your son to be as happy as possible (including having a healthy social life)! I think it can be difficult to distinguish between ADHD, autism, and sometimes OCD--even for experts. Perhaps an ADHD coach or a second opinion from another specialist on autism spectrum disorder would help? Best of luck, and thank you for your comment.

It is refreshing to see multiple diagnoses addressed here. As a parent of a young adult with diagnoses of both adhd-inatentive and level one autism I can attest to the extreme trials of the impact of my daughters rare genetically based condition for which both ADHD and autism amongst other conditions are attributed. I am hopeful for the future to hold more opportunity for study, treatment and acceptance of adults living with multiple diagnoses.

I appreciate your comment, Meg. It actually inspires me to have more hope for the future as well!

Oh my gosh, it's astounding to me that my daughter could *not* have been properly diagnosed until 2013.
I owe everything about the success of her treatment to Gina Pera, author of "Is it You, Me, or Adult ADD?" My daughter's behavior had been attributed entirely to Asperger's syndrome & personality, but I could see that there was *something else going on*. She now has five different diagnoses: ADHD, OCD, Sensory Processing Disorder, an Eating Disorder, and Asperger's syndrome. We had a HORRIBLE time teasing all of these disorders out, but she's finally *starting* on the road to a full recovery.
Thank you for continuing the research. All of the work I've done helping my kids has driven me to the medical field, and I'll be applying to PA school in 2-3 years. Hopefully I can specialize in psychiatry. Thanks so much!

Yes, it's strange how much things have changed and are continuing to change! I will definitely check out Gina Pera. What you say makes so much sense. I think a lot of people believe that being diagnosed with one condition is rare and multiple conditions is even rarer, but I'm realizing how common that is. And it makes perfect sense since none of these issues are strict boxes; of course people are going to fall in between multiple diagnoses. It's so cool that you're becoming more involved in psychiatry. Thank you so much for visiting!