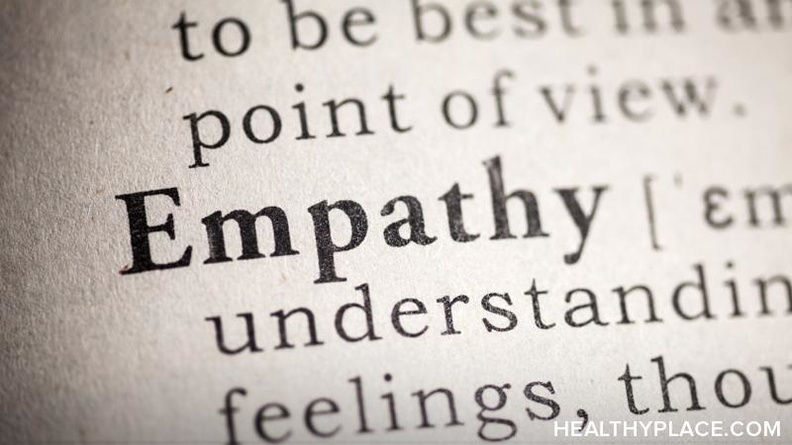 An article by a woman who lost her brother to suicide confronted me with something I’d never considered: the phrase “committed suicide” originates from previous times when suicide was a crime and a sin, not a mental health issue. This woman experienced not only the heartbreak of losing a brother but also constant injury from the stigma associated with that particular phrase.

People "commit homicide," "commit arson," "commit perjury," and "commit burglary." When someone takes his own life, however, conversation steeped in moral implications from generations past can be hurtful to those left behind in the wake of such a loss.

Why to Avoid Insensitive Suicide-Related Words

You may never know that someone close to you has been struggling with thoughts of suicide. If you can offer a non-judgmental discussion of the topic, that person may trust you with these private difficulties ("How to Talk to a Suicidal Person"). You may also never know that someone you’re speaking with or who overhears your conversation has lost someone to suicide; that person is just as sensitive to suicide-related verbiage.

Yes, these changes to our vocabulary may feel awkward and unnecessary at first ("How to Talk About Suicide the Right Way"). I’ll be the first to admit that my voluntary shift in language isn’t always successful and that I still do damage sometimes with insensitive suicide-related and mental health-related words. However, words and the context around them have power. If I can lessen even one person’s struggle with a shift in my own behavior, I’m in.

How to Avoid Harmful Suicide-Related Words

Words and Phrases to Generally Avoid

When we focus on helping others, our own problems seem far smaller. Sensitive word choice about suicide is one small way we can help. Using the education we’ve gained around mental health, we can offer an emotional balm to those still struggling, or to those who have become more healthy but are surviving a dark time. Furthermore, we can help end the stigmas around mental health and suicide as we share our reasons for choosing the words we do.

Self-Compassion Practices for Self-Care
How to Defeat Your Trauma Triggers to Create Happiness
Tamara
September, 26 2018 at 2:48 pm

Thank you for writing this article. I have long felt similarly, having lost my brother to suicide. I still cringe when I hear someone say, "he committed suicide". Not only does it hurt survivors, it contributes to the stigma of suicide and mental illness.

Tamara, I'm so sorry to hear of the loss of your brother. Thank you for sharing your story - and I hope that articles like this one, plus our everyday gentle corrections of those around us, can help educate people so that loved ones aren't further harmed.

I lost my youngest daughter on Xmas Eve 2010 in a fatal car accident. In Sept of 2013 I joined fb to find support for grieving mothers. I have met many Mom's within these closed groups who have lost a child by suicide. A large majority of those Mom's would prefer this term: "my child suffered from an unmanaged mental illness which lead to their untimely death". I think that is more compassionate and accurate.

So sorry to hear of the loss of your daughter, Kitty. I'm grateful that you have a group of other grieving mothers to support yourself with - it's easy to become isolated and depressed in grief, so taking that step for yourself to be in a community was incredibly smart. And thank you also for sharing your insights here.
The way those moms describe it is certainly more accurate and compassionate. I also sometimes describe people as "victims of mental illness" or "victims of suicide" - because that phrasing puts the emphasis on someone's untimely death being caused by the real culprit: mental illness.