Talk About Mental Health More to Learn How to Survive Stigma 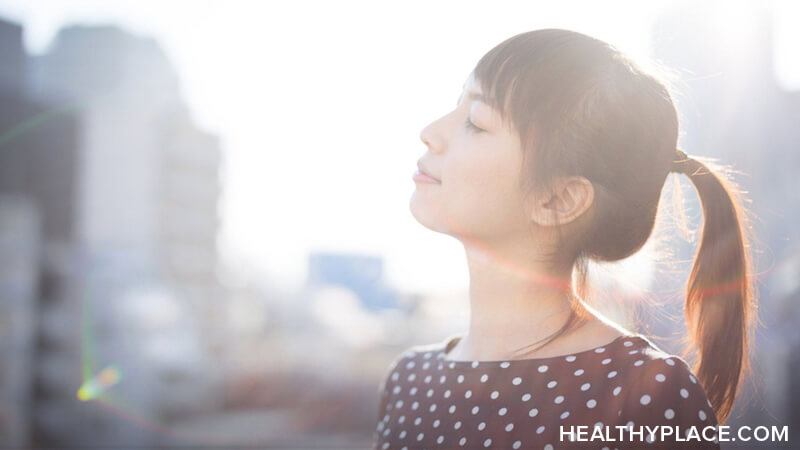 I've learned that the more I talk about mental health, the less scary it becomes to face possible stigma. A few months ago, I started a new job. Typically when it comes to my job, I don't really share about my mental health ("What to Do About Mental Health Stigma in the Workplace"). This is especially true if I'm new to the job because I like to gauge people and prepare myself for what sort of reactions they might have. It usually takes a while for me to warm up to colleagues and to share that kind of information with them. With my newest job, I've already had a few questions about my skin. The first I dodged, but every time after, I've found myself saying that I have a compulsive skin picking disorder. And guess what?

Don't get me wrong, after all this time talking about mental health and the advocacy I do, I knew it wouldn't. But I knew I might have to deal with stigma afterward. The difference between now and the past is twofold. One, I knew that I could handle the stigma if it did come. And two, I recognized it may not come at all (and it didn't this time around).

When you live with mental illness, you become accustomed to people reacting badly. What repeatedly being honest about mental health has done is prepare me for surviving stigma when it does occur.

Surviving Mental Health Stigma Once Shows You Can Do It Again

In one of my recent posts, I outlined steps to standing up to mental health stigma. The one I highlight as the most important to me was repeating the process: Talk about mental health often. I stand by that. While we often focus on the education part of talking about mental illness, another positive is the more you face stigma head-on, the more you learn you can survive it. Whether you're standing up to the stigma around mental illness or simply wanting to learn how to make it through the tough stigmatizing moments so you can live more freely, repetition is a key factor in getting there.

Surviving mental health stigma isn't just about surviving in the moment but it's also about being able to live without fearing the next one. Stigma might crop up at the most unexpected times, so knowing that I can handle it if it does — knowing that the world won't come crashing down on me when it does — makes all the difference.

I Combat Self-Stigma with Books About Mental Illness
How Sleep Affects My Mental Health
Dr Musli Ferati
August, 14 2018 at 10:33 am

As you said the best way to overcome the struggle of stigma against mental health issue is to speak up freely and without any psycho-social chains for oneself mental disorder. But this helpful approaching is very difficult task to implement throughout daily social life, because there are still many misunderstandings and primitive prejudices toward people who suffer from any mental illness. However, talking about mental health indicates successful manner to survive stigma against mental disorder, which ones have got great implication with social attitudes in respective community. In order to achieve this positive temptation it ought to extend psychoeducation in global system of education, such are schools, public services, factories, cultural institutions etc. Without this universal and profound undertakings the stigma of mental health would ruins comprehensive psychiatric treatment and management of mental disorders.

You’re definitely right: it’s not easy to speak about these issues and there’s still a lot to be done in terms of a large-scale beating back of stigma. Mental health should be a topic anyone can discuss without worry. We just have to keep doing what we can for ourselves and for others to make that reality possible.

I began attending a new (very rural) church in 2006 and highly respected the members. Once during Sunday school, the leader made a comment about mental health illness not being like physical illnesses. I stood my ground and shared my opinion. The next week I had the leader read a book "Conquering the Beast Within" by Cait Irwin. It is easy-to-read with illustrations also by the author. The week after that the wife of the Sunday school leader approached me and stated that the book was extremely helpful, and was what her husband needed to understand his daughter's illness. I have shared this book with others and believe it helps to decrease some of the stigma. I am confident that those of us with mental illness can lessen the stigma "One person at a Time.

Hi Kelly. That's amazing! I'm glad to hear that you stood your ground, especially in such a situation. I know sometimes religion makes understanding mental illness very difficult. Sending you a virtual high five! And I'm going to check out that book, too. Thanks for sharing! :)