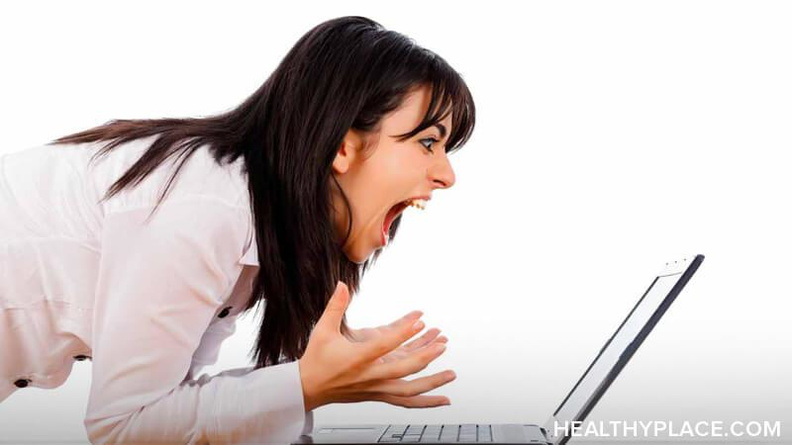 Why Are We Normalizing Verbal Abuse on Social Media?

Social media has benefits exceptional in its usefulness and efficiency. Social media displays us all at our best in many ways – modeling our best smile in the most flattering light, listing our most impressive accomplishments, pinning our most clever thoughts. Social media also gives us a platform to share our voices and make our opinions heard; we have the ability to be brazen and fierce.

What happens though, when different people with different opinions, who are passionate in their convictions, run into each other in a social media comment thread? Verbal abuse happens. People are emotional and uninhibited, using their keyboard as a shield, and also a weapon and it leads me to wonder --is social media normalizing verbal abuse?

In the early 2000s when Myspace was most prominent, stories about cyberbullying, catfishing, and trolling would come up from time to time. Sometimes these stories had tragic endings with deadly consequences. Even then you’d hear about these stories on the news or in an article. Verbal abuse on social media wasn’t something you witnessed regularly or even participated in at times. Myspace differs from the social media of today in a major way, exposure.

Facebook and Twitter continually expose users to the opinions of friends, family, colleagues, and strangers -- you’re commenting on the same breaking news stories or you’re exposed to the post of a friend’s friend or a post that a friend simply liked. With the live feed that Facebook and Twitter offer and the unparalleled opportunity to comment on trending news stories, blogs, videos, and other media -- people are more vocal about their views than ever before.

Republicans and Democrats are more divided along ideological lines – and partisan antipathy is deeper and more extensive – than at any point in the last two decades. - Pew Research Center

The political climate in America is reminiscent of a pimple that’s just been popped or an egg cracked, broken, and messy. People are frustrated, defensive, enraged, and they are taking it out on each other. They feel the need to vent and social media has given them the perfect platform to indulge in their cathartic urges.

Any major publication’s social media page features trending news stories and for every news story is a comment thread rampant in replies that could be labeled as verbal abuse -- name-calling, blaming, belittling, and ad hominem arguments galore. I think that people are hurting and that engaging in these verbally abusive interactions, behind the safety of their keyboards, feels therapeutic for them. However, not everything that feels therapeutic is necessarily good for us or healing in any way. Sometimes it’s quite destructive, actually. Falling into these habits of taking out our anger with verbal abuse on social media is not healthy, it’s toxic.

How to Stop Normalizing Verbal Abuse

So how do we change it up? We have to find better ways to express ourselves and find healthy therapeutic outlets for our grievances. If you need to participate politically, become an activist for your cause. Use your actions and productive rhetoric aimed in the appropriate direction, rather than use verbal abuse on social media aimed at your opposing party.

Research ways you can be of service or look up events that you can attend. You'll likely attend and feel energized and empowered rather than feeling the hurt and frustration that results from a verbally abusive encounter on social media. There are plenty of healthy ways for people to be involved, we just have to try a little harder to discover them. Participating in a proactive way will be better for everyone involved--specifically, you.

Why Verbal Abuse Is So Dangerous
Coping with Verbal Abuse This Christmas
Emma-Marie Smith
January, 20 2018 at 4:38 am

Thanks Emma!! This is one of my favorites.