I Face Work Limitations with Bipolar, but I'm Grateful 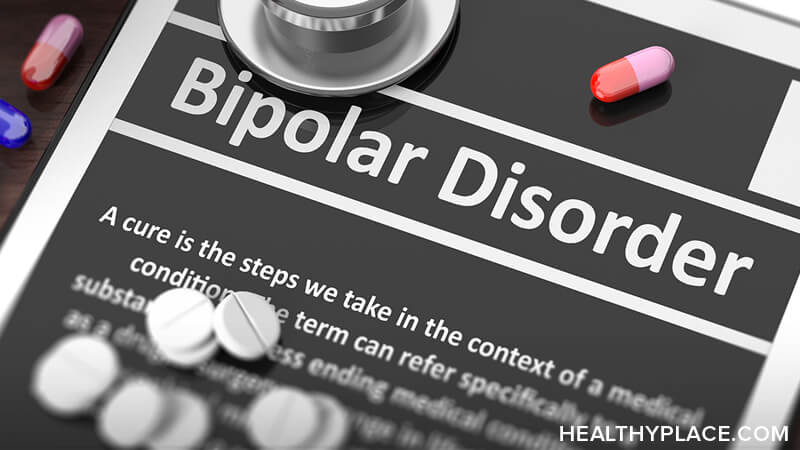 As a working-class person with bipolar disorder, I have several limitations and face a lot of barriers to gainful employment. Jobs that require monotonous, repetitive tasks don't provide my brain with enough stimulation to keep me engaged, which can trigger both mania and depression. Part-time jobs with irregular shifts are also out of the running since inconsistent scheduling hurts my sleep-wake cycle (which any psychiatrist will tell you is essential for managing bipolar). And despite the protections afforded to people like me by the Americans with Disabilities Act, employment discrimination against folks with mental illness remains a serious problem. Yet, in spite of all the hurdles to meaningful, profitable work and financial freedom that I face, the truth is that I'm grateful for my limitations from bipolar.

I know that must sound counterintuitive. To clarify, I am not grateful for having bipolar disorder: I don't believe that bipolar disorder is a "gift," and I think that labeling any mental illness in such a way is reductive and dangerous. I would prefer not to have bipolar, but the reality is that I do have it and that it's not going away. I don't see the point in fighting the limitations it places on my ability to work when there's not much I can do to change them. Instead, I cope by working with my limitations -- and I'm grateful for the lessons that they've taught me about becoming my own best advocate.

Learning to Accept My Limitations Caused by Bipolar Disorder

The first full-time job I had after graduating from college was a monotonous inside sales job that nearly sent me to the hospital with suicidal and self-harming ideations. Though it was a grueling experience, I also learned pretty fast that I'm not cut out for a stale nine-to-five in the corporate world, doing work that I have no interest in and that has no meaning for me.

Soon after, I began working part-time as a staff writer for my local community college. It was fun, and it paid well, but I was limited to a 15-hour workweek with limited upward mobility. So I started reading Tarot cards as a side hustle while continuing to look for a full-time gig.

Unfortunately, the pitfalls of the modern job market -- an overabundance of degrees and not enough jobs that pay a livable wage, hiring managers who never respond or ghost after one or two conversations, interviewing and making it to the second or third round only to be told that I didn't have enough experience for the position -- took a toll on my confidence and outlook for the future, causing another round of serious depression.

It was around this time that I received my bipolar diagnosis. At first, I panicked. I thought that my brain was broken and irreparable, and I was doomed to unemployment and poverty for the rest of my life. But it was also somewhat liberating: my struggles weren't simply the result of laziness or a lack of motivation; they were the result of differences in my brain that I did not choose.

After the shock wore off, I was able to accept that this would be my reality going forward, and I decided that I would do everything in my power to ensure that the course of my life would not be dictated by my illness. Part of that included figuring out how to make employment work for me -- which meant accepting the limitations bipolar places on me.

Learning from My Bipolar Limitations

Getting diagnosed and medicated for bipolar was a big first step in the right direction. Once my moods were stabilized, my concentration, focus, and confidence also improved. I decided that one way that I was going to take back control of my life was by taking my career into my own hands, instead of being dependent on the whims of an employer or staffing agency who may or may not be able or willing to meet my needs as a person with bipolar disorder.

I began working as a freelance writer and am still working to grow my business while also holding a part-time job that I enjoy (and comes with stable shifts). The career path I'm taking may not be "traditional" -- if such a thing really exists anymore -- but it's fulfilling and allows me to manage my life around bipolar, instead of bipolar managing my life for me.

I know that I am very lucky compared to many folks living and working with bipolar. In spite of the work limitations I face, I still have a considerable amount of privilege that mitigates those challenges. But I am grateful for the work limitations bipolar places on me because they've taught me early on in my career what does and does not work for me, both in terms of what I can manage due to my health and what I find personally gratifying.

I'm grateful that I came to those realizations now, as opposed to being older and locked within a particular job or career path with less wiggle room for change. There's still a long road ahead, but in spite of my illness (or maybe because of it -- who knows?) I'm staring it down with a strong sense of self-awareness, conviction, and hope.

Do you have a story about how bipolar limits your work life? How do you feel about those limitations? Have they taught you anything that has helped you along on your career path? Drop a line in the comments.

Fake It 'Til You Make It? Not When It Comes to Depression
Time Off Work Can Be Difficult When You Live with Bipolar

Nori, I logged in just to leave a comment on your post. It really resonated with me and I'm sure many people will relate to it as well. I think you're doing a great job and I'm so proud to be your co-blogger.

Thank you so much!! I'm glad that it struck a chord with you, and I always look forward to your thoughtful content and insights on the blog as well!