Letting Go of Perfectionism at Work When You Have Depression 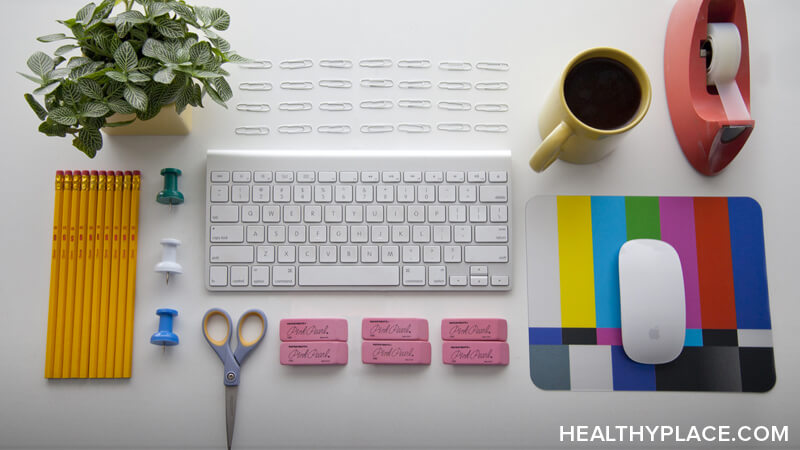 Letting go of perfectionism can be difficult, but it's important because perfectionism is a nightmare. It makes it impossible to be satisfied with your accomplishments (or to accomplish anything at all) because it will never be good enough. I used to have a terrible problem with perfectionism. I would have these great ideas but never follow through with them because I couldn’t execute them perfectly. This perfectionist paralysis held me back from a lot of success, especially in the workplace. Now I have come to accept the philosophy, “Done is better than perfect.” You have to let go of the idea that perfection is attainable. However, that is easier said than done, especially for someone with depression.

Depression and Letting Go of Perfectionism

Perfectionism and depression often go hand-in-hand. While some perfectionist people are able to channel this quality into a healthy attention to detail, it lends itself well to self-doubt, shame, and anxiety. Perfectionists often struggle at work because they have little faith in themselves getting the job done well. They also tend to be chronic people pleasers who are afraid of disapproval, so they may withdraw from others. Understandably, the isolation and low self-esteem perfectionism fosters can lead to depression.

If you’re a depressed perfectionist, you may feel hopeless, but here are some things you can do to start letting go of perfectionism.

You know this voice inside your head well: it always tells you that you will never be good enough. It tells you to not bother trying because you’ll never get it right. The first step to letting go of perfectionism is to push back against your inner critic. When you find a thought that’s coming from your inner critic, replace it one with a more realistic, optimistic thought.

Negative thought: “I’ll never be able to do this project the right way. I should just give it to someone else.”
Replacement thought: “I will never know what I can accomplish until I try. I will take the first step today.”

Be Your Own Best Friend at Work

Whether you have a best friend at work or not, play this role for yourself. Many people with depression have a problem with self-compassion but don’t hesitate to give their friends nonjudgmental support. Try taking a step back and treating yourself the way you would a friend. Would you berate a friend for not getting everything right? I certainly hope not, and that is not how you should talk to yourself either.

Face Your Fear and Seek Feedback

Perfectionism is crippling on its own, but it can also make the thought of being criticized terrifying. You might have a running dialogue in your head of exactly what your boss thinks about you, and all of it’s bad. However, if you aren’t getting direct feedback from your boss, you really don’t know how you’re doing, which makes it easier for your inner critic to mess with your head. Face reality by asking for some feedback. Chances are, whatever feedback you receive won’t be nearly as bad as what your inner critic has come up with. Face your fear and you can see for yourself that you don’t have to believe everything you think.

Do you ever struggle with perfectionism at work? What do you do to cope with it? Let me know below in the comments.

APA Reference
Boyles, V. (2018, February 13). Letting Go of Perfectionism at Work When You Have Depression, HealthyPlace. Retrieved on 2023, January 30 from https://www.healthyplace.com/blogs/workandbipolarordepression/2018/02/letting-go-of-perfectionism-at-work