The Control Aspect of Verbal Abuse 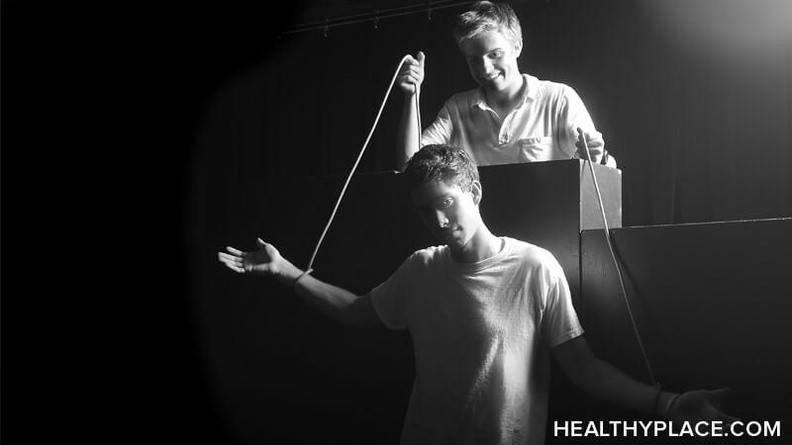 Verbal abuse can look different to everyone. For example, while some people experience humiliation, others may suffer from gaslighting. Alternatively, some abusers use multiple forms of abuse to control their victims. Unfortunately, my story involves virtually every textbook element of abuse, from verbal assaults to gaslighting and controlling and manipulative behaviors.

Naturally, someone with abusive behaviors will find benefit from controlling any situation. These individuals use control to keep their victims from standing up to them, breaking free, and altering the dynamic. Power can come in many forms; unfortunately, victims may not identify the controlling, abusive actions until much later.

Looking back, I can see now how I was manipulated and controlled as a child. Sharing these snapshots of my past may shed light on how abusers will use control to keep their victims in a vulnerable state.

As a young child, I wanted to play guitar. However, my parents told me that there was no budget for a guitar or lessons. So, I took the initiative to use my own money to buy a guitar myself and worked out an agreement with a friend who played to give me lessons for free.

I was enjoying my new hobby and was proud that I could explore music by using my own money and efforts. Unfortunately, after a short time, my parents sold my guitar while I was at school. When I asked them what happened to my guitar, they told me that "I just made noise with it," and they sold it.

Another instance of control through possessions occurred when I was 16. My aunt and uncle loaned me an old car once I received my driver's license. They gave it to me under the understanding that I could use it until I saved up enough money from my part-time job to buy my own car. I was ecstatic.

I drove this little blue car to work and visited friends often. I was trying to be responsible with my money and save up for a new vehicle, so I still walked to school, trying to save on gas expenses. One day I returned home from school, and the car was gone. I approached my parents, asking where my car was, only to receive the response, "We sold it. You didn't need it."

Naturally, I was devastated and angry that I was now without a vehicle. Moreover, the car did not belong to my parents, as it was my aunt and uncle's.

When I was 12 years old, I became interested in attending Air Cadets with many school friends. I enjoyed this activity very much, and I was proud to find something to share with my peers that did not cost my parents any money. I attended weekly and learned about survival skills, flying planes, and gliders. I joined the Drill Team and the Flag Party and participated in many additional classes and camps. I even received awards at the yearly banquets.

After only a few years, my parents told me they would no longer drive me to the hall each week to attend. Being that I was only 14 then, I did not want to give up on the newfound activity that I loved. I decided to take the city bus to and from the barracks so I could still attend. I paid my bus fare with the money I received from babysitting and continued to enjoy participating in the #41 Hercules Squadron activities.

However, my freedom was short-lived. It was not long before I was forbidden to take the bus and attend air cadets. Although I pleaded my case, I was still too young and vulnerable to oppose my parents and go against their rules.

Controlling behaviors work for abusers because they effectively keep the victim vulnerable. Often, abusers will use controlling tactics when they see their victims enjoying freedom or possessions they cannot provide. An abuser will want you to rely on them for your happiness and every need. When you seek out resources and freedom elsewhere, abusers will use controlling behaviors to keep you helpless and dependent on them.

I am still learning how to process my past, and I have times when I still get angry about old situations. However, with therapy, I am slowly moving away from these negative feelings that are all too familiar. Although I do not have an answer for the abuse that I suffered, I can build a life now that includes activities I enjoy and people that are not abusive.