The Role of Narcissism in Verbal Abuse 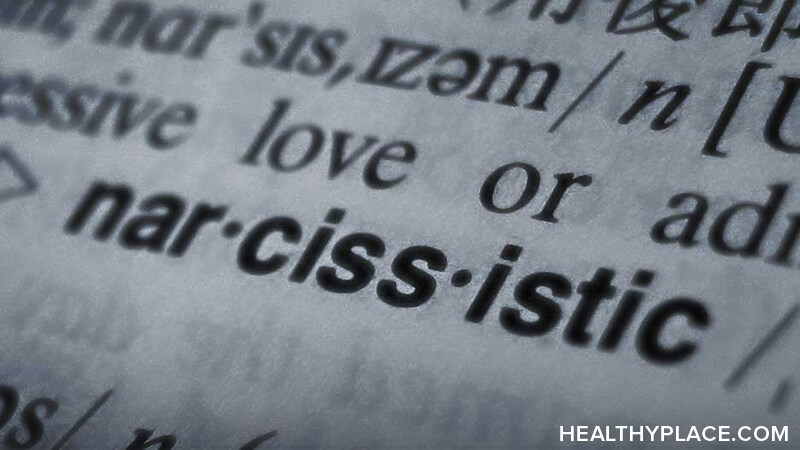 How does narcissism relate to verbal abuse? Let's explore the answers to that question.

Narcissism and Verbal Abuse, in My Experience

Narcissism was the root of my verbally abusive relationship. In my experience with verbal abuse, the main concern was centered around my physical appearance. It was constantly reminded that I should be at the gym, I should be standing straighter, and I should be watching what I eat. Initially, this, of course, made me feel like crap about myself, and it felt like a problem that I needed to fix. However, once I learned more about narcissism, I realized my partner displayed a lot of the classic narcissistic personality traits in both his expectations of me and of his life in general.

It made complete sense that narcissism was the root of verbal abuse in this relationship--my partner had an image of what he thought he deserved in a girlfriend, and she was supposed to look perfect. He had a complete disregard for the way his comments made me feel. Additionally, I felt like he was very concerned with my appearance because of the way it made him look, not so much because he thought my physical appearance truly needed fixing.

For about half of the time, our relationship was loving, and he could be a very supportive partner. In aspects regarding my success and future, there was hardly any unhealthy dialogue. Verbal abuse only seemed to surface in specific conversations, which almost always had to do with my appearance, my emotions, or being involved in my social circle. My then-partner's distance in these areas of our relationship illustrated the self-importance he felt that made him believe these problems were not a priority and he was above my needs. The only thing that mattered was him.

Why Understanding Narcissism in Verbal Abuse Helped Me Move Forward

The reason I think narcissism is a relevant topic to verbal abuse is that upon realizing it, I felt a huge sense of relief in knowing that the problem was his to fix, not mine. Having a narcissistic personality is unhealthy, and can develop into a more extreme version, narcissistic personality disorder, which is really harmful to that person's interpersonal relationships. This realization depersonalized the things that were "wrong" about my appearance and made it less about me and my body--this was more about unrealistic expectations and a selfish perspective.

Identifying the role of narcissism in the verbal abuse I experienced helped improve my confidence moving forward as I learned there was nothing wrong with me the way he made me believe there was, and the abuse was just an unhealthy perception in the relationship.

I hope that if you've experienced narcissism in verbal abuse that you can find a way to make sense of why you may be going through a verbally abusive situation and are able to make changes with your partner to a healthier dialogue or situation.

What are some of your experiences with narcissism in verbal abuse?

Thank you for sharing your experience and the relief you found in realizing it wasn't about you or you looked, it was the unrealistic perception of what the narcissist expects in order to maintain his own image in the eyes of others. I am currently in a very emotionally and psychologically abuse relationship with a covert narcissist (for over 7 years now) and NPD is so insidious and damaging that the physiological toll it has on my life and who I am as a person, that I was completely blind to what was happening until 5 years into the relationship. I have been trying to find a way out for 2 years now. The problem I have though, is that I was so blind to his malicious plan to isolate me and keep me in a position where he knew I would have to depend on him for my basic necessities for survival, that I now have no job, no car, no running water at my house, and not a single person to turn to for support. He discarded me for someone half my age, yet kept feeding me crumbs of his loving caring side like when we first met. Followed of course by actions that are so cold and cruel with absolutely no sense of empathy or consideration for how his actions effect me. He now lives with his sister, who unfortunately live on the next street behind me. I try to Ed getting a restraining order, but the consequences I've had from his spite and refusal to let me go have been so severe I will never even consider doing it again. I will go no contact and stand my ground until he does something that destroys me emotionally that I just can't handle on my own. Without anyone to talk to or turn to for support, plus the lack of a professional in my area who understands the effects of narcissistic abuse to help guide me through until I can stand on my own two feet, I am truly starting to feel hopeless I will ever be whole again. I don't even recognize the person I see in the mirror, I see nothing but a shell of the happy, vibrant, outgoing person I use to be. There is nothing but emptiness in my eyes and hopelessness behind every fake smile. I know there must be countless other people out there experiencing this paralyzing situation, but because I don't have bruises, am too afraid to try and reach out and try to get someone to understand this eroding and invisible form of abuse, the emotional and psychological devastating effects of narcissistic abuse remains the most insidious silent form of deadly torture that even some medical professionals don't recognize as an actual form of abuse.

Hugs to you for what you’ve been through! 🤗 Sounds similar to my situation. I was that frog in a pot that didn’t feel the heat being gradually turned up over 16 years. I really felt what you said when you mentioned getting crumbs of his attention. You are worth so much more! I hope you too are finding the peace and happiness you have longed for and deserve.

Thank you for sharing your thoughts and experiences! I just want to say I relate to a lot of how you felt or feel. Helpless is a word that haunted me for years! Lack of relationships kept me in the chaos I called life. It is very disheartening to know that when you reach out no one takes your concerns seriously without bruises. I truly thank you for speaking your voice because I think sharing the experiences and feelings through a very difficult time will help others to speak up. Police officers, judges, child protective services and counselors are not aware of the manipulation these troubled beings engulf us with are under the radar. We are the irrational ones. When we speak we are also release some of the pressure that this has affected our exsistance, our validity, our self worth and our sanity. You are an amazing woman and I know this journey is by far probably is the most difficult in your life! I’m sorry friend. You are noticed and if you were close by I’d give you a hug! Hang in there and your story is significant.

I think this is such an honest and important read for many. Narcissism is one of those things that can be so easily misconstrued or overlooked altogether, not because we aren't looking for it, but because we don't really understand what it looks like. Verbal abuse and narcissism can absolutely go hand in hand in many instances, and sharing this experience is so helpful for people who may also be experiencing it themselves.