Forms of Verbal Abuse: Insults and Their Delivery 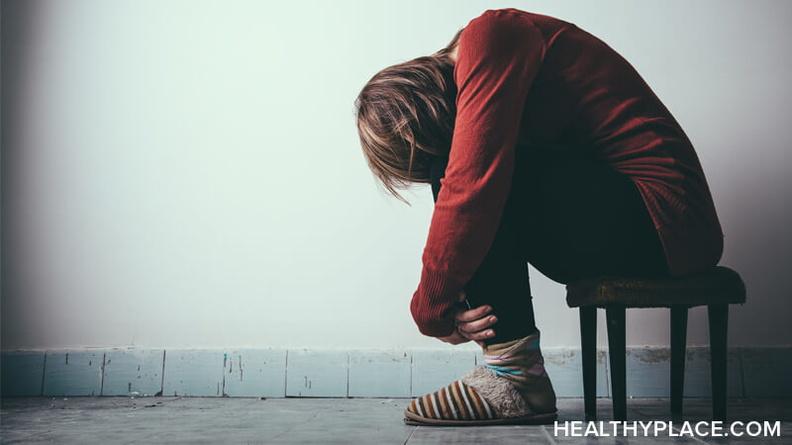 There are many different forms of verbal abuse, and one that is often the easiest to spot is an abuser's insults or put-downs. My ex-boyfriend did not hold back, issuing demeaning comments or labels meant to attack specific things about me, my life, or the people in it so that I would feel bad about myself and change my behavior in some way. His words were direct hits either on things I liked about myself or on things I was insecure about. Either way, however, he used his knowledge about me gained through the closeness to me earned early in the relationship to try to hurt me using insults as a form of verbal abuse ("Early Warning Signs of Verbal Abuse").

Looking back, I recognize now that not all of those insults were the same. The context of the insults or even just his demeanor would differ. Yet how he delivered the insults made a difference because these slightly different forms of verbal abuse had different results on me.

In terms of how my ex-boyfriend delivered verbally abusive comments, there were three forms of verbal abuse insults that I will refer to as hot, covert, and cold.

I have seen these methods before, but I had never stopped to categorize them. In my experience, some people primarily stick to one method and some people have the full range in their arsenal. Yet which types a person uses to verbally abuse others can say something about how they attempt to remain in control.

My ex-boyfriend obviously used all three, and I have realized that my responses to them said something about how they can be defeated. I have realized that my ex-boyfriend learned how to manipulate my reactions to all three of these methods to keep me from leaving the relationship. In the next three articles, I will examine each one separately and how abusers use insults as forms of verbal abuse to control their partners.

Introduction to Kristen Milstead, Author of Verbal Abuse in Relationships
How Verbal Abuse and Anger Combine to Trap Victims
Tina
December, 29 2018 at 3:23 am

Kristen,
I am not sure how I found you, but thank you! It is because of you and your articles that yesterday I walked away from a 4 year relationship with a narcissist. In the beginning he hid his disorder well, or so I thought. However, I realize he was using verbal abuse towards me in his humor or his pet names for me. In the beginning I made excuses for him to those who were shocked or appalled by how he treated me. I now see it for what it was abuse, disrespect for me as a person. For me the worst weapon he had was the Silent treatment. This hurt more than the words. It was emotionally draining. I also now realize that he manipulated me to keep me away from friends and family. If I wanted to do something with them he would A. Get angry and say things like, “go get drunk and slut around with your friends.” B. Say he had plans for us. So I would cancel with them and choose him. Of course after I did that he would back out of the plans by saying he didn’t feel like going out. Long story short, I now see that no matter how much I loved him or how hard I tried. I was never going to be good enough. He was incapable of loving me the way I deserve to be loved. So if I can recognize this why do I want him to beg me to come back? Why do I still love him? I read your articles and relate. I know I can’t go back, but I want to. I miss him!! This is the hardest thing I have ever done!

Hi Tina: The incidents you relate here feel so familiar to me and I can empathize with what you have been through. I'm so glad to hear that you have found the courage and the strength to leave the relationship. The feelings you are having about wanting him to beg you to come back are also normal; you want to feel as if you mattered to him and you love him, of course. I wish you well this new year. Please stay strong! Thank you for leaving a comment. -Kristen

Kristen,
I am not sure how I found your site, but all I know is that I am so grateful I did. I just left my verbal, emotional, psychological, abusive NARC in October. We were together for 4 years. It was the most precious/hideous and devastating four years of my life. Your stories sound like they came from my mouth. I have been struggling for years to try to make sense of all the torment and betrayal. There is no sense in it. I loved him with ALL that I was, and he took ALL that I WAS, and left me hallow. I am in a very desperate and dark place most days. The pain is so enormous that I can't hardly breathe, still. My health has been severely compromised, and it can actually feel the hole in my chest where my heart use to reside. I now know that I am not "crazy," nor "ridiculous", nor was I EVER "making up things in my head to argue about." Not that any NORMAL, and honest woman in love, could/would EVER want to make this type of betrayal and pain up, to willingly be a part of her intimate relationship and everyday life. After learning his pattens, and having to track him and recording his conversations for three months; I had proof that ALL of my suspicions were ALWAYS 100% correct.
Thank you for your site, and your sharing. I just want my life back. I want me back. I want REAL. And this is all just too overwhelming, I don't know how to heal it. :(

I'm so sorry to hear all of what you've been through, but I'm glad to hear that you've left the narcissist who was in your life. I can empathize with those powerful words you chose to describe the relationship: precious, hideous, and devastating. I hope that, although it feels that way right now, you will come to see that he didn't take all that you were and leave you hollow. What they do with the many different abusive tactics is slowly drain you out of yourself and replace it with themselves, so that's where the hollow feeling comes from when you break up. But you're still there. Slowly, you will fill back in and though you may not be the same, you will be stronger than before. The fact that you made it out is a testament to how strong you are! Please take care of yourself. Thank you for taking the time to leave a comment. -Kristen

Hello, yes exactly! You hit on something so important. Once we have an epiphany like the one you just mentioned, it can be like turning a corner because they lose some of their power over us forever. Thank you for taking the time to leave a comment. Please take care of yourself. -Kristen

Your article is excellent in defining the various methods verbal abusers use and I look forward to reading more as you examine each one. The first two are the most common in my life with the the sudden explosive rages bringing on a blistering attack of putdowns. The second one is usually used to negate or diminish my love, excitement or interest in some topic, event that he knows nothing about or doesn't interest him or it may be a subtle jab at my family or my friends or even people I talk about who he doesn't even know. The last method has occurred when he's been drinking and one of the most recent ones was at the end of an argument when he said I'd be nothing without him. After more thought about this, I realized I am nothing "with" him, because a truly loving and kind person would not say something like this and he sees me as nothing to say this. This has seemed to break the spell and break the chain of my attachment to him. You're a fantastic writer. Keep those articles coming, please.

Hi Vicki: Thank you so much for your kind words. I'm glad that you found the article meaningful, but I'm so sorry to hear about what you've been going through. I can relate to so many of the things you said. I think it's important to remember that they do it to establish control, not because there is any truth to what they say. It still hurts if we love the person because just the fact that they said it feels like a betrayal, but it can take the sting out of the words themselves sometimes when we realize that they are only illusions. Please stay strong and try to remember this. Thank you for leaving a comment. -Kristen

Hi Kristen, That's an excellent and powerful piece of advice you offered in your reply and I will remember this. v. xo

Thank you for sharing, esp this truth: "...when he said I'd be nothing without him. After more thought about this, I realized I am nothing "with" him, because a truly loving and kind person would not say something like this and he sees me as nothing to say this." You're spot-on! Our hearts/guts know that we are/deserve better & we need to keep our logical minds forever connected to that fact. Keep on keeping on! : )