How It Feels When Your Verbal Abuser Is a Nice Guy 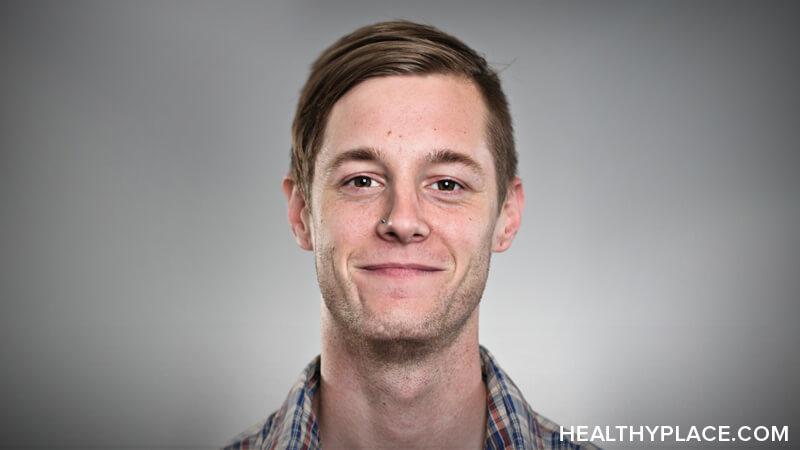 Here's how it feels when people tell you that your verbally abusive ex-boyfriend is a "nice guy." At first, it makes you doubt yourself, as if you could have made the whole thing up or that you must be overreacting. It feels as though the whole world is reinforcing the idea that well-established, charismatic men cannot possibly be held accountable for abuse. It's frustrating and maddening that no one is willing to recognize the pain he inflicted on you. You cry, shout, and doubt yourself some more. But then you stop being angry. You stop expecting others to understand. Instead, you nod and smile and make peace with what you know to be true. And here's to deal with it when your verbal abuser is a nice guy.

As a victim, you know how easy it is to be duped by an abuser's charms. You know it's almost impossible for others to comprehend that the same man who threw you a lavish birthday party and who kisses your mother on both cheeks could be anything less than perfect. But the more we talk about abusive men, the more this contradiction seems to rear its head: how can someone who appears so well-adjusted be verbally abusive behind closed doors?

When I first opened up about my abusive relationship, I was lucky that despite having distanced myself from them, my friends and family were wonderfully supportive. Still, their wide-eyes and endless questions were enough to make me doubt myself, particularly since ignoring my true feelings was all I'd been doing for the past two years.

"I really liked him."

My ex-partner was called a "nice guy" or "charismatic" more times than I can count. And you know what? It was true. He was a nice guy. He was charismatic. These were the qualities that attracted me to him in the first place. If he hadn't seemed like a nice guy when we met, I would never have gone out with him, moved in with him, and contemplated a future with him.

But all of this is completely beside the point.

Because regardless of whether your boyfriend is polite to your parents, talks to his gran on the phone every night or built an orphanage in Romania with his bare hands, none of this has any bearing on whether or not he is capable of verbal abuse (Why Does Verbal Abuse Happen? What Makes a Person Abusive?).

On the contrary, most abusive men seem exceedingly charming and well-mannered at first. What's more, they are good with people -- which is how they manage to get under our skin. It's because of this charm that we're attracted to these men in the first place, and the fact that many verbal abusers are nice guys is not a coincidence.

In her book, Power and Control: Why Charming Men Can Make Dangerous Lovers, Sandra Horley describes "The Charm Syndrome Man" as one who starts off charming and charismatic, bonding the woman to him, then becomes gradually more controlling and abusive. Horley goes on to explain that, rather like Stockholm syndrome:

This bonding, with occasional reinforcement by further bouts of charm, can lead the abused person to continue to love the abuser.

In other words, if he keeps peppering his abusive behavior with his "nice guy" ways, you'll never question the validity of what he says. If he keeps buying you flowers every week and showing up to family events, despite deliberately causing you psychological or physical pain, you will keep believing the problem is with you and not him.

Remember, he needs to fool everybody else, not just you. Otherwise, he risks facing his greatest fear: being exposed for who he really is beneath the "nice guy" facade.

APA Reference
Smith, E. (2017, September 19). How It Feels When Your Verbal Abuser Is a Nice Guy, HealthyPlace. Retrieved on 2022, July 2 from https://www.healthyplace.com/blogs/verbalabuseinrelationships/2017/09/how-it-feels-when-your-abuser-is-a-nice-guy

Ending Verbal Abuse: Five Steps to Take
What Are the Signs Your Verbal Abuser Is a Narcissist?
Anu
January, 28 2022 at 7:44 am

I can understand your pain Allison. I am in a verbally and emotionally abusive marriage and haven’t been able to break free yet. Your story gives me inspiration but also makes me sad. Friends and family sometimes don’t understand the complexity of abusive relationships.

This includes guys who make a lot of social media "feminist" noise about how awful other men are. Especially if it's the exact misogyny you see from them behind closed doors.

I spent 30 years with a "nice guy " abuser. He was always so perfect around my family and friends. They all loved him & thought he was perfect. He turned on the charm around them and they fell for it. Since my family all live faraway, they only saw him once or twice a year.
I walked on eggshells constantly, never knowing when he would explode over an innocuous comment from me. I couldn't understand why he did that. I know he had an abusive childhood, and i mistakenly believed my love, encouragement and support would help him overvome the baggage of his past. It was a pipe dream. The better i treated him, the worse he treated me. I was so confused by this behavior. I tried so hard to be the wife he wanted me to be. He was very generous with material gifts, but was never there emotionally for me or our son. He gaslighted me, critcized and judged me, refused to compromise on important issues, and always put his needs on a higher plane than anyone else's. My life dreams & goals mmeant nothing to him. He acted as if he were my parent instead of my husband. He always had to be right, never apologized for anything, and went into a rage if I offered even the most gentle critique of his actions or work around the house. I grew extremely depressed, developed several health problems and became isolated from humanity because he doesn't like people or socializing. I was suicidal for about 5 years. Last year it got to the point where I knew I couldn't live like this anymore. I had tried everything, but nothing worked to fix our relationship. I didn't want to live anymore. The only thing that kept me from pulling the trigger was the pain I would cause my adult son. I got into counseling and slowly came to the realization that I was in an emotionally abusive marriage. I had always believed abuse had to be physical. I've learned so much in the past year.
I left him in November, bought my own house and am enjoying the freedom to make my own decisions & choices without worrying about his approval or his rages. He still buys me stuff and does things for me, though I don't ask him for help. I don't want to be under obligation to him.
I have only 2 friends. My best friend thinks I'm codependent and that the abuse is partly my fault. We've been friends for 20 years, but now i feel a distance between us. She doesn't support my decision to end the marriage and thinks i should work on myself so he & i will be reconciled. I feel betrayed by her too. She knows me well enough that she should know i'm not a drama queen or flake. I'm pretty level headed and objective. Why would I leave my home and financial security for no reason? She doesn't get it and never will. I am sad to see this friendship coming to an end.
l feel so alone sometimes. But, i have always been a strong person. There's an internal core that keeps me going despite my solitude.
I am so happy to be on my own even though there are challenges. Mr Nice Guy has everyone fooled. He had me fooled too, but not anymore! I am out of the fog and finally breathing the fresh air of peace and freedom from abuse.
I remain in limited contact with him because of our son, but i don't want to be around him if i can avoid it.
Information about emotional abuse needs to be widely broadcast to educate people about the devastating effects of this type of abuse and the subtle & insidious way it penetrates many people's lives.
A great book that helped me realize many things about my abusive marriage is, Too Good to Leave, Too Bad to Stay. It is an excellent resource for anyone attached to a "nice guy" abuser.