What Are the Signs Your Verbal Abuser Is a Narcissist? 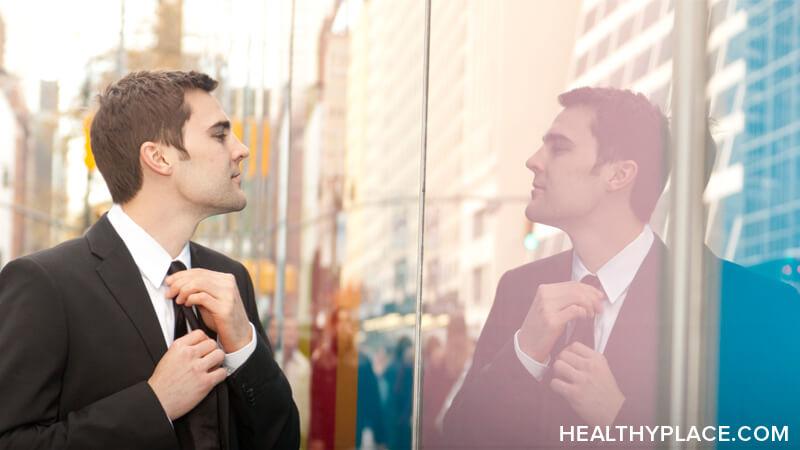 If your verbal abuser is a narcissist, what are the signs? As we know, it's important to spot the signs of verbal abuse early on in a relationship. However, recognizing the issue is only part of the process; gaining insight into your verbally abusive relationship can be the start of the emotional healing process, but how do you begin to understand it? There are many complex reasons why verbal abuse happens, but personality disorders are among the most common. Realizing you're in a verbally abusive relationship with a narcissist can be a real light-bulb moment, so what are the signs?

Recently, I discovered I was a highly sensitive person (HSP) and started listening to The Highly Sensitive Person Podcast by Kelly O Laughlin. One particular episode addresses the relationship between HSPs and narcissists (who are essentially at opposite ends of the personality spectrum), as well the reasons why they're attracted to one another. HSPs are so empathic, they can't help but enable the narcissist's behavior, which leaves them open to verbal abuse.

While I listened to the episode, it dawned on me that I had lived with a narcissist for two years, which went some way toward explaining his verbal abuse. While this realization doesn't excuse his behavior or diminish the effects it had on me, it did strengthen my understanding of our relationship dynamic and help me to reframe the notion that I was to blame (Abusive Relationships: Don’t Let Abusers Waste Your Empathy).

Is Your Verbal Abuser Also a Narcissist?

It's hard to quantify personality, so there is no definitive answer to whether your verbal abuser is a narcissist. Rather than assigning a label to your partner, it's more helpful to view narcissism as a sliding scale and try to pinpoint where you both fit on the spectrum. To do this, you will need to watch carefully for demonstrations of narcissistic behavior.

Here are some common narcissistic traits to look out for:

How a Narcissist Verbally Abuses

The archetypal narcissist believes he is superior to others. Due to early issues of attachment or trauma, he only able to respond to his own wants and needs. He has an inflated sense of self, so he cannot bear embarrassment or being made to look bad. If a narcissist is forced to face rejection, it is somebody else's fault -- the obvious scapegoat being his partner.

When a narcissist perceives an attack on his carefully constructed persona, he will refuse to take responsibility. He may become hostile, withhold affection, lie or disappear altogether. You may notice when you try and solve a problem with a narcissist, he will invalidate your feelings or dismiss them entirely so that you only consider his point of view.

Verbal abuse is such typical behavior for a narcissist, that its powerful effect on victims is well-recognized. It is a favorite tactic of the narcissist because it is the easiest way to diminish and manipulate somebody into enabling his self-serving behavior.

Disclaimer: I recognize that both men and women can be narcissists and that both genders are capable of abuse. My pronoun choices merely reflect my own experience.

APA Reference
Smith, E. (2017, September 26). What Are the Signs Your Verbal Abuser Is a Narcissist?, HealthyPlace. Retrieved on 2020, August 8 from https://www.healthyplace.com/blogs/verbalabuseinrelationships/2017/09/are-all-verbal-abusers-narcissists

How It Feels When Your Verbal Abuser Is a Nice Guy
After Verbal Abuse Ends, There's Still Left-Over Anxiety
Marie
July, 10 2018 at 9:25 am

Thanks for your blogs Kelly. It is people like me who desperately need to read these when we are searching online late at night, early in the morning or whenever just to seek answers or know we are not alone or crazy. When you get to the point of accepting that this is who you are married to for 18 years and live with, and your daughters are now saying similar things- it doesn't matter what you say, unless it is what he wants to hear or what he wants, it doesn't matter. If he is angry you just have to say okay to avoid him getting more angry and to just make it stop. He says things like, I am not interested in hearing any more of this or that's of no interest to me or what you believe is of no consequence to me and so on. My kids say when he is yelling at them if they stick up for themselves he tells them why they did something or how they feel (exactly what happens with me) but after he clams down, he goes to them and tells them he likes how they stood up for themselves. I have one daughter who's therapist says she is lives in toxic stress due to the level of pressure and unrealistic expectations. I live in a completely f'd reality and it's time to wake up and keep my kids safe. When I ask what I can do to help, intervene when he is yelling at them and they say no, it will just make it worse for you and then ultimately for them, I felt like I couldn't breathe. My question is how do you handle this with telling them? I never want their to be any reason for him to say that I manipulated the kids or there to be any question about it. I know that articles say you tell them together if you separate, but do you follow the same protocol with this type of situation? I want to free them of this constant stress and give them a safe place. It is a very difficult thing to face that this is who you are married to. I have read many, many articles and talked about the countless arguments, fights, etc with a therapist for years. You can't just bulldoze this info on your kids- even if they see the same stuff happening (although not nearly to the extent I have had happen)- it takes time to sink in and to be able to accept it. I experience all pieces of the wheel of abuse except physical. He is a master manipulator and he even tells me so. He says he can tell me what I think because he has known me for X years and has built up a lot of insight. He says he's more perceptive than anyone else he knows and he can and does have his opinion. I no longer worry about people believing me, I simply know I cannot and will not live this way any longer. And more importantly, I need to keep my kids safe. That's hard to write, especially because to everyone we know we appear to be this really together family.

Hi Emma-Marie! I just wanted to thank you for all your wonderful blogs on verbal abuse. I’m in a verbally abusive relationship, but it’s my Mother whose my abuser. I experienced this as a child growing up and now as a 35 year old adult. My current circumstances have forced me to move back in with her because my husband cheated on me and left myself and our 8 year old daughter. We had nowhere else to go and my mom was the only one who was willing to take us in so I can get back on my feet. I really believe she is a narcissist. It’s gotten even worse lately as she was diagnosed with lung cancer. It’s really hard to get back on your feet from such a traumatic event as the one I’m dealing with because of the infidelity of my husband and going through a divorce. On top of it all, I am verbally abused daily by someone who is supposed to support and love me and instead is making me feel worse, helpless, and hopeless because I don’t have anywhere else to go right now to get away from it. I feel trapped! I recently got a job and I’m saving up to get my daughter and myself out of this terrible situation, but I’m the meantime, I feel like I’m going crazy and made to feel like I’m a worthless piece of crap that no one could ever love. My self-esteem is ruined because of what my husband has done to me and the verbal abuse is not helping me to recover. So thank you again for posting these blogs and telling your story. It makes me feel like I’m not the crazy one. I can’t wait to read more and any advice you have for dealing with a verbally abusive narcissist in the meantime until I can get myself out of this situation would be greatly appreciated! Thank you so much!!

Hi Kelley,
Thanks so much for your comment, and I'm glad you find the blog helpful. I'm also sorry to hear about your situation -- it sounds incredibly difficult. I too had to move back in with my mother following a relationship breakdown a few years ago, so I do understand how it feels, even though I was lucky enough to have her support.
If there's one piece of advice I could give you it's to see a therapist. I too have been verbally abused by other people in my life, and have experienced people who knock my self-esteem into the dirt. It's difficult when you identify as a highly sensitive person not to allow others to impact your confidence, but that is something therapy can help you achieve. A mother/daughter relationship is complex, so it can really help to have someone impartial you can talk to to help you come up with ways of dealing with her abuse and how to respond.
You're most certainly not crazy, and I hope you can see that your feelings are valid. I don't have all the answers but I know that building up coping strategies for yourself is a big part of dealing with verbal abuse (see my co-author Emily's blog post Verbal Abuse Coping Strategies). Feel free to reach out to the blog whenever you need, and good luck!
Emma

Get out soon as you can.

I'm a man and I'm dealing with the same thing it doesn't always have to be the woman. My son gets bullied called stupid B!@#ches and dumb [moderated] for know reason or if she's mad and bad names to her daughter as well. we have two kids together my son is 11 and daughter is 4 and I've been dealing with her since her daughter was 3 her daughter is 15 now and I'm miserable. she does her daughter the same way and I don't want my kids influenced by that negative mentality. Nothing is never perfect . The house can be clean two pots in the sink then the house is filthy. I iron my son clothes for school I didn't want him the wear that stupid blip. Feeling isolated from family friends and great career opportunities that are holding me back from. My son is ready for me him and my daughter to move alone because of the degrading name calling. She was the one that bumped into him one time at the mall and by accident he spilled a drink she smacked him hard in front of people in the cafeteria of the mall which is embarrassing and it was an accident. . Its more but I'll stop there. My kids are very intelligent and old enough to speak for themselves. I don't even like her anymore and her attitude. She's crazy to me and need help. Some people love the satisfactory of misery and hatred. My relatives don't even come visit anymore on the sake of keeping the peace but there's nothing you can do to please someone like that.