How to Recognize Signs of Abuse in Your Friend 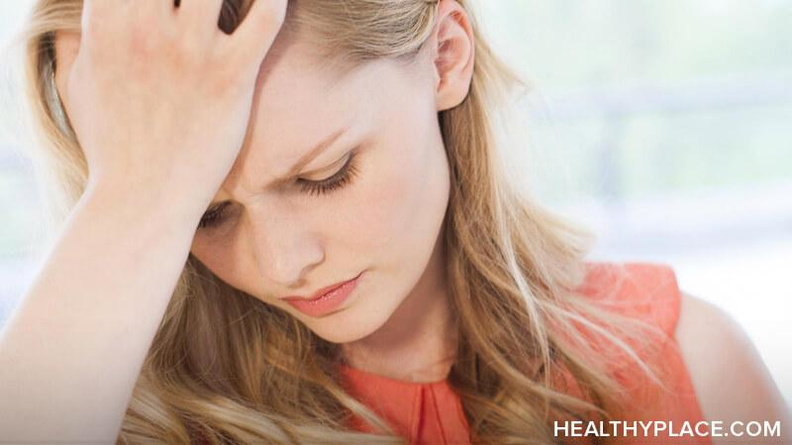 Kasandra Perkins and about ten other women died at the hands of their partner on December 1, 2012 (4000 women killed by partners/year divided by 365 days/year = 10 - 11 dead women per day). Yet today, Internet news sources remember Kasandra Perkin's boyfriend, the man who killed her before killing himself, and the jest of the commentary is, "We didn't see this coming. He was such a great guy!" Typical.

Newsday reported "Friends of Perkins have said there was tension between the two that escalated after the birth of their daughter, now 3 months old, and a police source said the two argued about money." Abuse escalates or begins after the abuser feels that the victim cannot separate from them. For example, after the birth of a baby.

Kasandra's friends and family will undoubtedly look back over the past three months (at least) and say to themselves, "I should have noticed..." They will undoubtedly blame themselves for not seeing the truth, but it is not their fault that Kasandra is dead. It is her boyfriend's fault. As the truth dawns on those who loved Kasandra, they may go through a personal hell of if only thoughts. Let's keep them in our prayers.

Along with our feelings of sympathy, let's do something else, too. Let's get our heads out of the Internet news and gossip and focus on the people we love. Who among your group of friends could be on Kasandra's path? Do you know the signs of abuse in your friends?

Signs Your Friend Could Be Abused

Coincidentally, also on Saturday, I asked my Facebook friends to brainstorm signs of abuse from the outside looking in. How might you know if your friend was being abused? They came up with very insightful tells, and I want to share them with you. 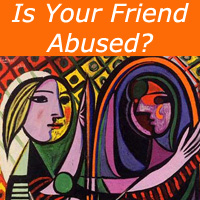 Keep in mind that these signs of abuse occur not only after beginning a new relationship, but also when a relationship moves to a different level. Pay attention to the signs very closely if your friend's relationship just changed in some way: engagement, marriage, pregnancy/child, moving in together, or any other change that shows the relationship is becoming more serious.

Signs of Abuse in Your Friend's Actions

Signs of Abuse in Your Friend's Demeanor

Signs of Abuse in Your Friend from Work

Signs of Abuse in Your Friend's (Abusive) Partner

Trust Your Gut If There Are Signs Your Friend Is Abused

After reading those lists, you may find the clues that your friend is being abused to be "circumstantial evidence". Even if your friend shows marks from physical abuse, you cannot prove they are abused. Talk to a judge and I believe most of them would share your frustration. Your friend must realize they are abused for themselves and confide in you - you cannot make them tell you anything.

Sometimes, simply bringing domestic abuse out into the light will be enough to make a difference. Your friend, if they are being abused, may think that they are "crazy" and distrust their own perception. You broaching the subject of domestic abuse may be just what your friend needs to feel sane and safe enough to open up. When that happens, you can help them end the abuse.

Check here for more information on how to help an abuse victim.

Tags: signs of abuse in your friend

APA Reference
Jo, K. (2012, December 4). How to Recognize Signs of Abuse in Your Friend, HealthyPlace. Retrieved on 2021, May 8 from https://www.healthyplace.com/blogs/verbalabuseinrelationships/2012/12/signs-your-friend-is-abused

Taking A Stand Against Abuse Requires A Touch of Fear
Co-Parenting With An Abuser
M
October, 4 2018 at 8:38 pm

I exhibit many of these behaviors during my three year relationship. I wish the people close to me had notices and that they had said something. Presenting medical definitions and signs of abuse like these might have helped me wake up.

Well,I have friends, 2 girls they sisters ,the older 1is always on what's app,always listening to music, she does have friends but I usually see her alone or with her sister.I think her and her sister are being sexually abused by a dad or step dad. Cause like l love them they like sisters to me,and the thought just came to me like yesterday and I'm thinking of asking them but scared they'll get angry.

That’s a really tough situation, especially if they are minors. I was physically and sexually abused as a minor (though not by a family member) and I can attest that if people approached the subject too directly or in an aggressive way, I would get very angry and push them away—but you could try asking indirectly, maybe just that you’ve noticed something is wrong and that they can talk to you about it. But if you do have a very good reason for this suspicion (beyond social isolation and social media use, which could also indicate depression) you can make an anonymous report to Child Services. In adult DV situations I don’t normally recommend calling the authorities unless you yourself have irrefutable physical evidence—if she’s not ready to come forward she’ll likely defend her abuser and the accusation could put her in danger. When it comes to the sexual abuse of minors, especially if two are involved, creating a situation in which they can speak in private could be helpful. Again, though, it’s a serious accusation and definitely not one that should be made lightly. I realize this is a blog comment and that your basis for this suspicion probably goes beyond what you described here, but in case it is mostly the What’s App use and social isolation, a gentle conversation is a good first step before jumping to a report. You can also tell a teacher or school counselor that you trust if you aren’t comfortable or certain enough to call Child Services yourself. I’m so sorry that you and your friends are going through this.

I have a friend and she has been asking me this stuff. Maybe she's been on here...

My friend shows signs of being abused, she is pushing all of us away refusing to part take in any gatherings or drinks, she is extremely anxious and nervous about being around new people and is overly sweet to her friends asking us not to unfriend her as she can not come out as much as she likes. She had to ring her partner before she does anything and does not have any money of her own to spend. Recently, her balehaviour is worrying us because she is telling us stupid little white lies that she always gets caught out on, we are getting rather worried about her as she is pushing us away and not wanting to join in with kids events also. Last week one of her friends went to her house to pick her up to go to a kid disco that has been planned for a while, she has continously stated she would be coming on the Wednesday, the friend turned up at her house and no answer the curtains were drawn and also the back gate, back door and back windows curtains were all closed. The friend walked slightly to the end of the street to walk home when she went back to check and the previous items I listed were wide open;back door, back window and curtains. I just want some advice on what to do next to help my friend, everyone has seen the change in her and we are worried.

I am not sure if my friend is abused, she says that her parents yell at her and insults her and insults her family and makes her feel unwanted and uncomfortable. I am scared she is being mentally abused and she hasn't told me but physicall abuse too.

Not sure if she's telling me the truth or not. I was physically and mentally abused and something just seems off.

I don't know if I have been abused or not but I don't feel like I'm safe when I'm with my parents! My mom likes to call me names like I'm a witch or I'm useless, she even once said that I wish that when you were in my stomach you died before even you were born, she hit me because I lost my bike and I had to hide my scars when I went to school, I put on a fake smile on my face everyday! My dad doesn't even care about me all he wants is for me to come back home with straight A's and if I even get a B he gets angry, he make me clean up his mess and if I talk back he yells at me! I have a young sister and she gets anything she wants, she gets toys, clothes, money and I I ask for something I have to do something to get it! I'm not aloud to go to any parties, I can't meet my friends after school and when we have school projects i can't go to my friends house to work on it.

Anonymous, I suggest you go talk with your school counselor. If you don't like the one assigned to you, ask to speak with one you do.
Home should be a safe-feeling place. I'm sorry yours isn't.

It makes me sad to read this list, there are so many things that I can say describe my life and the way I got through on a daily basis. It is 18months since I left with my two boys from 14years of living with someone who constantly told me I was not social enough, had a fat butt, and was crazy in the head. Still he mucks his boys around when they are ment to be going to spend the weekend with him, and if I step in and say no they are not going then i receive more abuse. I sometimes think I am still walking the victim shoes so that others do not notice I am still suffering.

mine is a street angel (everybody loves him) and a house devil (not sure i do anymore). manipulative liar around "his" family. my family live far away.
he would deny he has a problem while trying to make my mistakes seem like deadly sins. the children's problems are all my fault. really? where was he? oh, that's right, NOT HERE! starting to see this is not ALL MY FAULT. BULLSHIT! wish me luck for the holidays. they make it all worse.

Judith, be very careful over the holidays. This time of year with all the presents, visits, and upcoming tax returns can spawn violence even if its not occurred before. Keep control of yourself and leave his presence if you must. I wish you luck and peace.