Side Effects of Abuse Trick You Into Staying 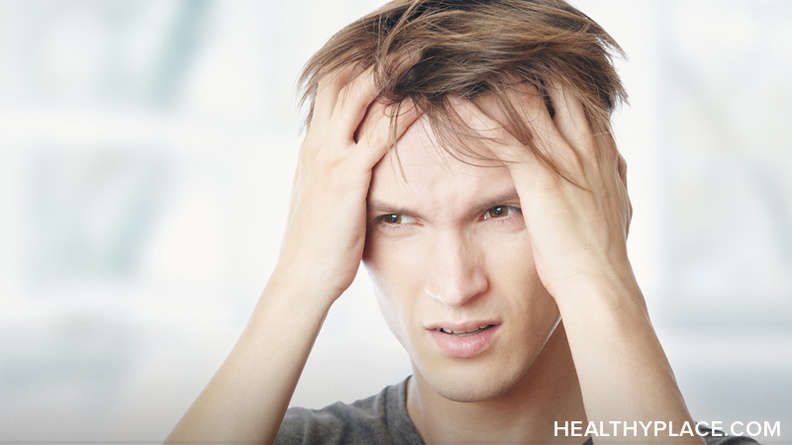 Staring at this blank space, waiting for me to write something, reminds me of my days of abuse. Each day could seem so clean and full of promise - the trick was, I had to expend energy to make it a great day, use my will to write the day full of actions that led me toward my goals and toward a new and better day.

But, unfortunately, I didn't have the energy to create a new day. I didn't have the ability to break the day's chains and move forward. All I could do was sit there and wait for the day to write itself. Slowly, just as the sun moved across the sky, my blank day moved from bright to dark with no help from me.

I'd go to bed that night knowing I'd created nothing grand, never mind improved myself in any way. Never mind improving my thoughts, my plans, or the ability to live any dream. No, my days in abuse were blanks. Unwritten opportunities that could have been something grand if only I'd had the energy needed to progress.

Domestic Abuse Tricked Me Into Believing the Problem Was Me

At night, exhausted from "nothing", I'd berate myself for not fulfilling my potential. I hated myself for allowing my dreams to constantly sit on the tip of my tongue, excited but silent. I blamed myself, my depression, my laziness, my lack of stick-to-it-ive-ness and inability to find my motivation.

The silent oppressor, Abuse, laughed at my struggle and relished my willingness to add to it's goals with my constant self-abuse. No, Abuse slept well at night, hooked to my energy through a feeding tube, sucking down my life force and gaining weight for tomorrow.

All of this happened without my knowledge. I didn't consider that my relationship could be a factor in my depressed state or the self-talk I listened to and never refuted. I am a firm believer in each individual's ability to create life as they want it to be. I didn't often think to blame anyone or anything but myself. I would put such thoughts aside and berate myself for being weak or selling-out to an excuse instead.

Understanding That Abuse Tricked Me Into Staying Took Time 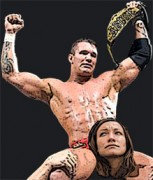 If any of you have tried that tact, then you already know the outcome. Inflammatory fights, outright denial, and increased abuse of ALL types. It wasn't until I separated my husband from the Abuse that I was able to carry on, but I do not regret feeling the anger.

Under the weight of abuse, I also denied myself the right to feel anger. Anger wasn't helpful, it didn't solve anything, and he told me I had no right to be mad and listed a million reasons to back his case. So I quit feeling angry. I was a regular Polly Anna. So reversing my position and becoming a raving lunatic banshee felt really, really good.

But, as I said before, anger toward him wasn't helpful and it certainly didn't solve anything. I began seeing Abuse as a separate entity (specifically a demon). Abuse was strong, uncaring, and evil to the core with no remorse. And as long as Abuse and my husband were attached, there was no place for me. Their unholy alliance would stop at nothing to control me.

I deserved better. I ended up leaving, and it was the best thing I could have done.

Life After Abuse and Its Tricky Ways

I'm not going to lie and say the day after I left him life became rosy; it certainly did not. I mourned the relationship, I doubted my decision. I thought about grovelling at his feet and garnering another chance. Fear for my future filled me so full at times that I wondered if I would live another day. I wished I wouldn't wake up the next morning some nights when I went to sleep. The stress felt overwhelming.

But I was feeling the stress! It was a miracle. I felt the stress, and I did not die. Despite the doubt and pain, I had the energy to deal with it. There was no one riding me about my inability to cope with the real world or to insert doubt into my mind.

I clearly understood what I was going through for the first time in years. It was as if walking through that door knocked 500 pounds I didn't know I carried clean off my shoulders. Five hundred pounds of Abuse demon and its attached man fell right off, and I was able to use my energy to raise up my soul, reclaim my self, and reach my goals.

APA Reference
Jo, K. (2012, July 1). Side Effects of Abuse Trick You Into Staying, HealthyPlace. Retrieved on 2022, September 29 from https://www.healthyplace.com/blogs/verbalabuseinrelationships/2012/07/side-effects-abuse

Early Abuse In My Relationship – A Story of Abuse
Can a Retaliatory Response to Verbal Abuse Make You Abusive?
jo
April, 7 2018 at 5:11 pm

A Demon. EXACTLY!! And isn't it interesting that they also know the Word, the Bible, so well and use it against you... I left. Feel all that same stuff... 3 months and 7 days ago I left. The worst is the lie of what I had hoped for the future. Sad. But I don't believe God made for the purpose of "punching bag" of emotional, spiritual, psychological, mental and verbal abuse. God has a better plan for me, for all of us. I wanted so bad for us to move forward together in that plan. I had to face reality that each person makes their own choice. He chose a way that has the appearance of godliness, but there was no love or grace for me, only for every other person. For me, blame for all he was guilty of. I believed it at first. But it was NOT true. I am worth more. You are worth more. God says so. I have a purpose and so do you. I intend to find out without being hindered by anymore abuse that I will allow by staying. Great article. Thank you for writing it. The demon thing is Right ON.

23 years... I have been married 23 years, separated three times. Each time I left, I knew I had just cause. Each time I was gone for six months. Then I started to miss him and find more and more blame to heap on myself. The sick thing about this type of abuse is it is hard to explain to others. He wanted intimacy and closeness with me, his words, deeds, actions... they slowly stole from me. My ability to feel anything, especially anger and hurt, my ability to feel emotions died.
Now I have finally left. Divorce has been filed. I'm now three months into this process from the time that I said, "I want a divorce. " I have moved into my own place. I am getting counciling. And I am dating a man I knew from my childhood. My commitment to move on is definite. But after 23 years, I fear the process of truly healing. I just want to live, finally live. I " think" I know that I have to face what happened, logically I know this. I just dont know how.

I am still in an abusive relationship, just hoping he will change which I see he never do. I can relate to every cruel action. Thanks for sharing your story, it helps me envision my fairy tell ending. Thanks again

I have just separated from an abuser. I feel everything you did and more. I am so scared to be alone but cannot take another day of him. He is so upset that I have left and guilts me and sucks me back in with his sadness. I just want to feel strong and truly believe I did the right thing by leaving even though I have devastated him and his grown son who I raised. Thank you for sharing your strength. It makes me feel less alone in this isolated space I am in.

I left my husband almost 3 months ago and I have been feeling exactly like this only that he still tries to control me through the kids. Whenever I dont do what he wants me to he threatens to take the kids away from me because I do not have a job yet. He thinks that him and his new girlfriend can take them from me. But I know that he cant. I am a good mom. They want to stay with me.

I too have felt much as you wrote. Unfortunately, we have a child together and the father continues the abuse upon me, through my child, and upon my son.....It's scary that the court systems continue to allow it to go on......

I can relate to this so much! the lines in "Life after Abuse" were so so helpful. It reinforced the fact that it is normal to feel that way! Thanks so much!