Verbal Abuse and Brainwashing Use Questions To Confuse 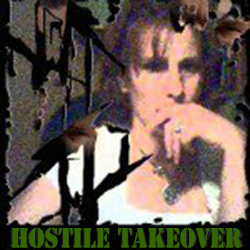 My ex-husband didn't ask me many questions that required a thoughtful response. He didn't want me thinking my thoughts, he wanted me thinking his thoughts. He wanted me so brainwashed that I could read his mind.

He used fast-fire questions to throw me off guard. "What are you doing? Where are the boys? Did you do the laundry?" Three questions at once leaving no time to answer.

And that simple contradiction added to the confusion and brainwashing of verbal abuse.

I would respond, "Oh, I'm sorry. Last time you said you liked them folded in quarters," and he would say, "No I didn't." I knew he was wrong.

But at this point, I didn't know what he expected me to do. Find the boys before he had to go get them? Refold his damn boxer shorts? I knew better than tell him what I was doing. First off, he didn't care. Secondly, his questions, demeanor and insistence he wanted something he said he didn't made me think that I must be losing my mind. So the answer to "What are you doing?" was "Going bat-crazy."

And that answer would not have worked at all because the last thing he would do is admit to going bat-crazy. And since he wanted me to be him, if I said the truth there would be a fight. It would end when I agreed that I could not possibly be going bat-crazy.

The Tricky Outcome of Verbal Abuse and Brainwashing

"Geesh, Kellie! STOP THINKING!" I'd think to myself. And that is exactly what he wanted. He wanted me to stop thinking.

That's what the rapid-fire questions were about. That's what the denial of reality was for! He wanted me to stop thinking and simply react how he would react. The whole game was about throwing me off guard. Keeping me on my toes, alert to his desires.

If he were lucky, I'd feel the stress of a cornered animal and react in a seemingly irrational manner. That would give him another excuse to call me names and to tell me what I was doing, thinking, or being.

In this case, he subtly coerced me into not only not thinking, but considering that maybe I was being "holier than thou" which wasn't my thought to begin with!

Holy crap. He was GOOD.

Leaving an Abusive Relationship
Accepting Verbal Abuse as Truth
spuffy
February, 15 2013 at 7:57 am

Many men want to bully us and make us do what they want. I agree with Kelley my ex would always tell me I was selfish when we wanted to eat something I did not he would always say you only think of yourself never care about what I want. Anyways verbal abuse is the hardest way's of abuse anyone can overcome because its something we can only feel internally it's not something that can be seen like physical abuse. After being in an abusive relationship I created healingabusedwomen .com to help women prevent abuse in the future and also help heal those who have already been abused.

I have actually been told...."stop trying to think for yourself, just do what I say!" This is bad.

Betty was living my life. Howard went through what I went through- Kellie went through what I went through...what many of us have been through.
My husband came from a horrific family- mother sexually inappropriate- divorced father when he was 7. Father was an insane pedophile- whole family had alcoholic issues.
I came from a background with a severely bi-polar verbally abusive mother. I turned into my father and married another version of my mother.
Marriage counseling was a farce. He was handsome, slick and like a snake.
Youngest one went to a child therapist- what does she say first to therapist- that she hates her father and how he acts. What is therapist's response? "your father seems to be such a nice man."- Blindsided again.
Gaslit, humiliated, money insanity due to relentless dishonesty. I spent most of my marriage trying to keep us from going under from his money
behavior.
Made a big move to many states away- again he loses his jobs constantly due to what I finally figured out later was his mental illness being part of the job cycle. We buy a house- the constant : "what can make him happy-if only over and over". We move into the house, he is bored and hostile within a short time with it. He never helps with anything with it. Just berates me for not ever doing enough. I was so so lost at this point- just shredded emotionally. Then a few years into the house , he has a psychotic episode- and I never called the police. One of my only regrets.
Youngest goes off to college- relieved to be going, scared to leave me with him. In 6 months, he runs out of the house and leaves a psychotic note about what a bitch I am. ( Through friends and others, I find out he has been running around with women with daughters- emotional incest repeating itself again. )
I am out of it 5 years. I am worn out, I am struggling with money due to the divorce and the economy. I am at this odd point of utter grief of not having a kind man in my life and feeling at 57 having lost the opportunity to make more money and to meet someone. My children hate him and what has transpired- two of them have changed their last name to mine.
I have no faith in therapists unless they are trained in mental disorders and if I were to advise anyone- go to therapy by YOURSELF, find an internet self-help group and get out as fast as you can. The wounds of this last a lifetime.

I had a husband who rewrote history. I had learned to ignore him until my sister came to live with us. After he had recounted his version of what happened, my sister would look at me and say, "That's not what I saw." Because she pointed out what he was doing, I became aware again of what he had been doing for years. Finally divorced him because he had no interest in changing the way we interacted. He was happy. I was miserable - which made him happy. Never regretted the divorce.

I was living with someone for 9 years and we have been separated for the past 2 and a half years. I am certain that she has borderline personality disorder ( BPD )with a narcissistic "sub set". It does not realy matter what the 'label' is--there are many pesronality disorders where verbal abuse is one of the main traits that manifests itself.
In my particular case, my wife questioned virtually every behaviour that I engaged in, ranging from work ( I am a commissioned sales person and can set my own hours --apparently it should have been 9:00AM to 5:00PM every day with no variation as far as she was concerned ) to the most mundane of housework tasks such as sweeping the floor ( I learned that "one" is supposed to have little piles of dirt along the way, not one big one ). Life was one big constant argument and unfortunately with two children , boys aged 5 and 7 at the time that we split up, I was forced to give in most of the time or risk exposing the children to emotionally damaging behaviour.
After two years of personal therapy with a psychiatrist, two main "things" have become crystal clear: 1/ The greater majority of verbal abusers are most likely never going to change, either in stopping the verbal abuse or taking any portion of responsibility for it. 2/ They are so insecure deep inside ( my therapist says that they are "struggling just to hold it together" ) that this artificial way of exerting control over the world affords them a false sense of security. That is why seemingly unimportant events such as particular routes to take while driving home, how long you need to take while washing your hands ( my wife says that it has to be long enough to sing "Twinkle Twinkle Little Star" all of the way through ) etc. take on so much importance to them.
After much soul searching ( I forgot to mention that we have been in marital counselling for 8 years --and that she was the one who insisted on the separation after the arguments began to worsen in front of the children, because I refused to constanly cave in ) I have decided to split up permanently. She was not willing to live together again yet anyway but she claims that she still loves me and that we should remain in marital therapy.
I have come to the painful realization that my two boys are better off with me finding another mate , hopefully with whom I can demonstrate a loving, respectful and nurturing realtionship. I have the greatest of fears that they will subconsciously seek out women of a similar nature to that of their mother and I hope that I can help to avert this by doing so.
To all of the people out there in similar situations, I would suggest that if children are not involved, it is probably better to pull the plug much sooner than I did ( 11-12 years ). I waited so long because I was determined to try to hold our family together and that if I could not, at least I would never have to look back and think that I didn't give it my best shot. With hindsight, I have realized that almost all of my friends and all of my family members urged me to give up on the relationship about 6 months into the separation but I was determined to have a fairy tale ending for our family and stretched it out needlessly to this point ( two and a half years as mentioned previously ).
Well after much more pain both to myself and my two children, than I ever thought that any of us would be capable of enduring, I have finally arrived at that point. Sadly, my fairy tale ending does not appear to be in the cards but at least I know that I will save my two children much more pain, that they undoubtedly would have to endure in the future, if we stayed together.