Fighting the Stigma Against Veterans with Combat PTSD 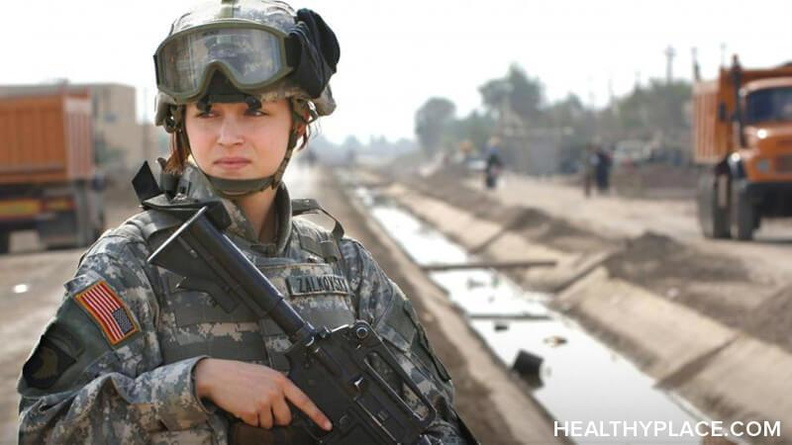 There is stigma in our society around combat veterans with PTSD (combat posttraumatic stress disorder [PTSD]). Stigma consists of negative stereotypes of people simply because of a diagnosis and these unfair perceptions affect not only a veteran’s relationship with others but also the veteran’s relationship to his or herself.

Veterans with Combat PTSD and Stigma

Stigma against many mental illnesses is well-studied but there are comparatively fewer studies on stigma and combat PTSD that affects veterans. However, according to the study, Stigma Associated with PTSD: Perceptions of Treatment Seeking Combat Veterans, this stigma is very real and felt by those seeking treatment for combat PTSD.

This stigma was so strong that most of the veterans admitted to avoiding treatment early on so as to avoid these kinds of labels. Interestingly, participants in the study considered combat PTSD less stigmatizing than other mental illnesses.

A Veteran's Combat PTSD with Self-Stigma 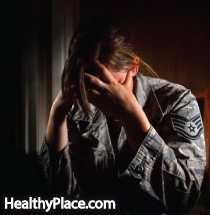 Societal stigma against combat PTSD is one thing, but many veterans also experience self-stigma. Self-stigma is a belief in those negative stereotypes about themselves. So a veterans might actually believe that a diagnosis of combat PTSD does, indeed, make them, “crazy.” Most participants in the above study reported some degree of self-stigma.

The good news is that following treatment, much of that self-stigma diminished. Veterans reported that they felt that other combat veterans understood them best.

How Do We Fight Combat PTSD Stigma or Our Veterans?

A lack of knowledge and understanding tends to breed stigma so to fight it, we need increased awareness about the facts of combat PTSD. For example, society may view someone with combat PTSD as violent or dangerous because of the news media coverage of a tiny number of incidences but what the numbers show is that those veterans comprise a sliver of cases. The facts show that those with combat PTSD are not widely dangerous, they are not crazy and they are not responsible for contracting their mental illness.

Compassion, empathy, and understanding are the goals when dealing with any illness, including a mental illness and that is what we want to encourage in the public. It’s when people speak out honestly and authentically about an illness that this is most likely to occur. While this often takes courage, it is worth it for your combat brothers and sisters who can’t yet speak out.

As for the veterans themselves, the study above suggests that peer-based outreach and combat PTSD therapy groups may help veterans resist self-stigma and participate in treatment earlier.

Top Tips for Handling Combat PTSD at the Holidays
Sexual Desire, Function and Combat PTSD
Vernell Arrington-Rice
May, 20 2015 at 4:15 pm

How would I go about getting permission to use the picture of the female soldier in the article above to use in my website?