Types of Psychotherapy for Combat PTSD

As I mentioned last time, combat post-traumatic stress disorder (PTSD) is a subtype of standard PTSD so when we talk about the psychotherapies that effectively treat combat PTSD, we are really talking about psychotherapies for PTSD in general.

The good news is that several psychotherapies have been shown to work in treating combat PTSD.

Psychotherapy and Medication in Combat PTSD

It’s important to realize that psychotherapy may not be enough in severe cases of combat PTSD. Often, medication is used to handle the, sometimes very severe, physical aspects of combat PTSD (read about treatment of PTSD). Once these are controlled, the issues can be more fully dealt with in psychotherapy.

Delivery of Psychotherapy in Combat PTSD 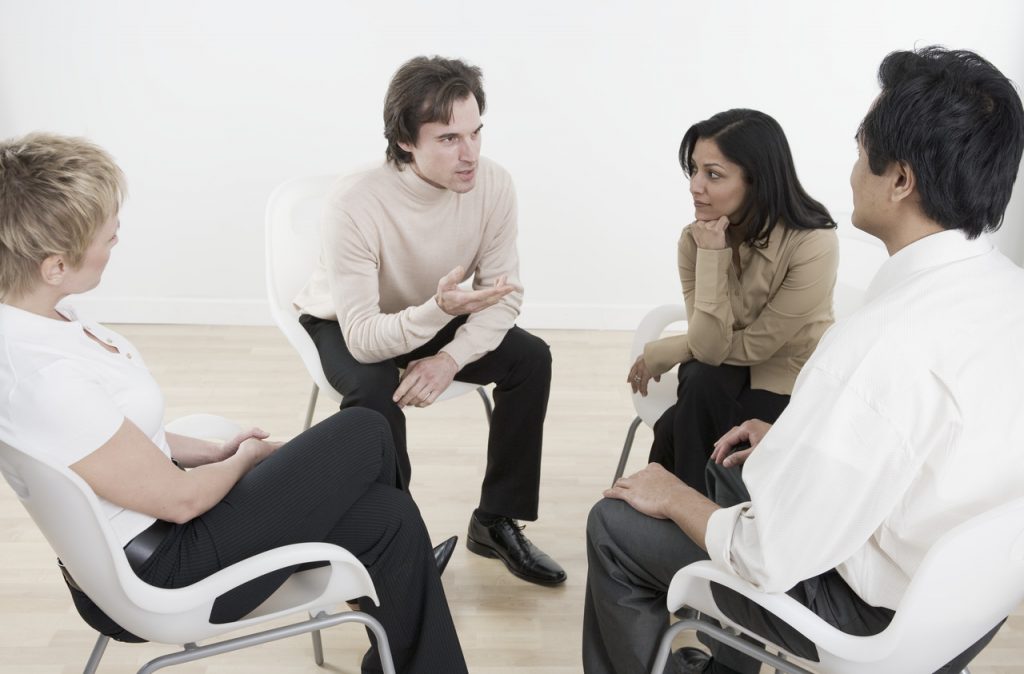 Combat PTSD psychotherapy may also be delivered to a whole family, rather than just the sufferer. This can help heal the various wounds in the family that tend to come about when one person is experiencing combat PTSD.

According to Medscape, a meta-analysis of studies on adults with PTSD showed that trauma-focused cognitive behavioral therapy (CBT) and eye movement desensitization and reprocessing (EMDR) should be first-line nonpharmacological treatments. CBT may be delivered in-person or even by computer program.

In cognitive behavioral therapy the therapist helps you change how you think about the trauma and its aftermath. You learn to identify your thoughts around the trauma, how these are distressing you and then replace these thoughts with less distressing ones. You also learn how to cope with strong emotions like those of fear, guilt and anger.

This psychotherapy also works to change how you react to memories of trauma. According to the National Center for PTSD, EMDR works in the following way: “While thinking of or talking about your memories, you'll focus on other stimuli like eye movements, hand taps, and sounds. For example, your therapist will move his or her hand near your face, and you'll follow this movement with your eyes.”

Experts are still working on determining exactly how EMDR works, but it appears it may lessen PTSD symptoms.

Other Types of Psychotherapy for Combat PTSD

Other types of therapy are also sometimes used to treat combat PTSD and this includes psychodynamic or “talk” therapy and a technique known as exposure therapy which aims to produce less fear around your memories by repeatedly talking about the trauma.

It’s important to remember that treatment for combat PTSD works and lessens the symptom duration by almost half, on average. Your best chance of full recovery is rapid engagement with treatment, a good support system, avoidance of retraumatization and avoiding substance abuse.

Tom, according to your passage on this site regarding your use of CBT and EMDR, I am sure you have found many sucesses, however, respectfully, I was not dismissing the use of CBT nor EMDR, I was simply requesting that the author consider the use of "Prolonged Exposure" as a listing. The centers for deployment seem to agree that this is a valuable treatment modality. As a trauma informed therapist myself, having studied Dr. Edna Foa's work from the University of Pennsylvania, she and others have performed extensive research on the use of this particular modality. Typically, I would not call out another colleague who appears to be promoting his own form of preferred treatment, at however, it does appear that you've not established a peer reviewed arguement against the use or a peer reviewed arguement for only using CBT or EMDR.
As a clinician whom uses PE as a form of treatment, but not the only form, I have chosen to research is further. I would like to welcome your collaboration in future works. I can be reached at my office. Cheryl Wilson-Smith
Managing Partner
Advanced Counseling and Research Services
313 W. Liberty St. Suite 224
Lancaster, Pa. 17603
717-394-3994
My business partner and I would welcome your collaborative efforts. Below I have set forth one of your quotes, and would request that you provide yoru reference for this declarative statement. I would like to read the research that indicates your assertion that there is NO question. I look forward to hearing from you.
Cheryl WilsonSmith,M.A.,LPC,NCC,TCMHC(Ph.D.Student)
"I do EMDR, among other things, and there’s simply no question that the major reason it works so very well is because of the central role given to exposure to the trauma memory."~Tom Cloyd, M.S.,M.A.

Hi Rebecca,
You can find out more at the VA PTSD site here: http://www.ptsd.va.gov/public/treatment/therapy-med/prolonged-exposure-therapy.asp
- Dr. Croft

Where can I get more info on exposure therapy for combat PTSD, and where it's offered in my area..NE PA? My son has suffered with it since returning home from Iraq and the VA just gives him pills. Very frustrating.
Thank you.

Harry,
This was a nice quick summary of some important and helpful tools in aiding those with PTSD.
Have you heard of EEG Biofeedback or neurofeedback, most notably BrainPaint?
There is much evidence and momentum in this type of treatment, and it seems to be producing amazing results.
-Ryan M

Cheryl, with respect, I have to disagree with you. Please note this sentence early in this piece: "According to Medscape, a meta-analysis of studies on adults with PTSD showed that trauma-focused cognitive behavioral therapy (CBT) and eye movement desensitization and reprocessing (EMDR) should be first-line nonpharmacological treatments." All major treatment guideline summaries of which I am familiar (and I treat PTSD and have written reviews of some of these guideline summaries) say essentially the same thing as that sentence. I see no need for further research!
Technically, both trauma-focused CBT & EMDR are exposure therapies. They just add some additional elements. To exclude them from the "exposure therapy" category would like saying there's no peanut butter in my PBJ, just because I've wrapped it in bread and added some jam.
I do EMDR, among other things, and there's simply no question that the major reason it works so very well is because of the central role given to exposure to the trauma memory.

Although this is a brief overview of types of treatment, I noticed the author wrote very little on exposure therapy, which is steeped in research and a form of CBT. As a clinician who includes Prolonged Exposure into her scope of practice, the success involving this type of treatment is exponential. Perhaps the author would benefit from further research information readily available from the Veteran's Administration, National Trauma Institute, National Center for PTSD, and the Center for Deployment Psychology.