Beware of Fake Concern About Anxiety and Depression

Fake concern about anxiety and depression has probably been with us since homo sapiens first swung out of the trees around 200,000 years ago. Humans with depression, anxiety and panic, mental illness, and mood disorders have always been discriminated against, in virtually every society in history. That said, great strides have been made to end mental health stigma, and portray people with mental health issues as just that: ordinary people. However, some of the concern certain people express about depression and anxiety is actually little more than a smokescreen for more discrimination. In other words, it's a fake out. Here's how to spot fake concerns about anxiety and depression and protect yourself against it.

My Recent Experience With Fake Concern About Anxiety and Depression 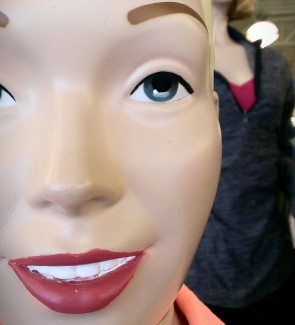 I ran into some camouflaged discrimination myself at work the other day. Although I write for the Treating Anxiety blog, I also have problems with major depression, and I was having a particularly difficult day. A woman came up to me and asked if I was okay. She said that I seemed really down. I was somewhat put off -- asking the cashier at your local grocery store if they're okay because they seem depressed is not a usual question, seeing as how it's a completely utilitarian and commercial relationship. I generally adopt a polite but distant stance with customers. I'm not there to make friends, I'm there to get paid, and that's the only reason I'm there.

However, I went with it anyway. Despite my better judgement, I admitted that I was, in fact, having a very tough day, and that I struggle with depression. Big mistake. She immediately started asking all sorts of inappropriate personal questions, including asking me when was the last time I had "gotten laid," and whether or not I "liked to party." The creepiest thing during all this were her eyes -- they were as hard as flint and utterly merciless. Her tone of voice was harsh and dismissive. When I asked why she was asking so many personal questions, she responded that it was because she enjoyed "getting to know people," which was an utter, baldfaced lie. Her "concern" about my depressed mood was a fake cover story for a full-on, shaming, emotional attack.

Then she left, and I stood there with my jaw on the floor while doing a few breathing techniques to calm anxiety and panic. I was shocked and dumbfounded.

How To Spot Fake Concern About Depression and Anxiety

Protecting Yourself Against Fake Concern

Also, bear in mind that most people who express concern about anxiety and depression are not being fake -- their concern is actually genuine. They may have a spouse who's depressed. Perhaps one of their kids suffers from panic disorder, or they may struggle with it themselves. People who genuinely care far outnumber those who don't. Acceptance of mental health issues really has come a long way in the last 20 years or so.

But, needless to say, I still won't be disclosing any personal information about myself at work anytime soon.

Ways to Manage Anxiety in Love Relationships
Ways to Lower Your Cortisol Levels and Your Anxiety
R
June, 17 2015 at 4:02 am

I have as much compassion as the next person but when you work in enforcement like I do you have to temper that with the reality of the situation.
It doesn't mean I'm an a "emotional bigot" or a "narcissist" because I don't support someone's error in judgement

I've been a public servant for many many years. Over time I too learned the hard way that it's highly inappropriate and unprofessional to share personal information with either clients or co-workers no matter how well you get to know them. It's always wise to save that sort of thing for close friends or trusted family members but always in small doses. Even on line you need to be careful. You can open yourself up to all sorts of judgement. It works both ways..
I suffer from depression and anxiety also so yes I get that all too well but I try not to focus on it.

Beware also narcissists that are unaware of their own condition but can be identified by their lack of compassion and 'shoulds', mostly applied to others.
Thank you for sharing what you did, I too need to be more selective of who I trust as clearly ignorance and negative judgements still prevail.

Boundaries! Boundaries! Boundaries! It is NEVER appropriate to tell a customer or co-worker your personal problems!!! You don't have to be their friend but you are paid to be friendly and upbeat especially if you work with the public, even if you don't FEEL that way. That just good customer service. If it was your business would you want to hire or work with people who were upbeat and friendly or people who were miserable and a downer who dumped their personal problems on you. STOP living by your feelings. What you focus on grows. Even among family and friends their is such a thing as compassion fatigue.