The Frustration of Flashbacks with PTSD 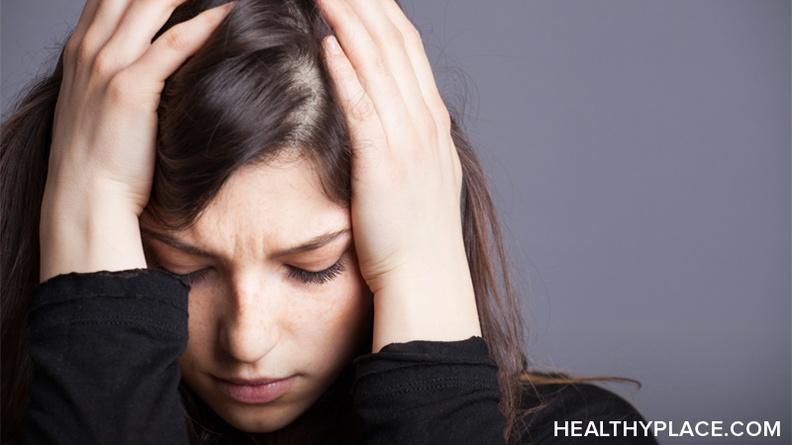 When you live with complex posttraumatic stress disorder (PTSD), flashbacks can be one of the most frustrating parts of it. You may go days, weeks, or months without one, then suddenly, bam, you’re hit with a new, frustrating flashback.

It’s been months since I had a new flashback, but last night I was at a show. There was a scene where miners were wearing safety helmets with lights on them. At one point, they lined up and turned on the lights. The theater was completely dark, except for those helmet lights shining straight out into the audience.

The second a beam of light hit my eyes, my brain instantly opened up a new flashback and fear started coursing through my body. There I was, in the middle of the show, about to have a panic attack. I had to sit with my eyes closed, so I couldn’t see the lights. I had to keep repeating in my head, “This isn’t real. The memory happened a long time ago.”

Why Flashbacks Can Be So Frustrating

The really frustrating part of the flashback for me is that it was one of those flashbacks where the details are unclear. The flashback had shown me enough to know those lights represented someone shining a flashlight in my eyes when I was a child and I can feel it happened during a terrifying event, but that’s all I know. Everything else is in bits and pieces and I can’t put it together.

This is the gift of traumatic memory. When you are going through the traumatic event, your brain can’t store your memories properly. Usually, when you are calm, the part of your brain that stores memories, the hippocampus, saves them with a beginning, middle and an end and integrates the memory into the story of your life.

When you are living through a profoundly stressful event, your hippocampus is more concerned with helping you stay alive, so it more concerned with the job of putting out a stress hormone into your system then storing memory. So, it pays attention to storing memories about as well as a kid who is focused on his or her phone pays attention to a talking parent. Only fragments of the conversation get through, and that’s what happens with traumatic memories. Pieces are stored away. There is no order to them, and worse, they can become much more vivid than normal memories, which is what can make flashbacks seem so real.

I know when I talk to my therapist today about how frustrated I am that not only did I get a new flashback, but also I can’t figure out what exactly is happening in the flashback, she’s going to say “Will knowing the details affect your life today? Just thank it for opening up for you and know that you are safe and okay now.”

That sounds great in theory, but only getting pieces of a flashback is like someone handing you a letter and telling you “Hey! Here’s a story of your life you don’t know about. Lots of words have been blacked out. Good luck reading it.”

Chances are, you’re going to want to know that story, because it is a page in the book of your life, and you don’t know if it may explain some things you’ve been wondering about.

I ended up awake all night, trying to remember what happened when a flashlight was shone in my face in the pitch dark. It’s no clearer now than when it first started, but it’s eating at me like an itch I can’t scratch. I want the page to my story.

Dealing with the Frustration of Flashbacks

One of the biggest lessons I learned in living with complex PTSD is when I try to force a flashback, it stays stuck. The challenge, though, is that I have trouble just letting it go as my therapist suggests. It is a missing piece of my life that I’d like to understand.

If you live with frustrating flashbacks that aren’t clear and leaving you feeling like you just need to know what it means, try to give yourself and your brain some grace. Often, in time, the flashback will reveal itself. Maybe some other trigger you don’t know is out there will be the thing the fully opens it up.

When you’ve lived through a traumatic childhood, it only makes sense that you want to understand what the flashback is trying to show you. It’s a page that was long ago ripped from your story and, I believe, it’s okay to want to put the pages back in order, but try not to let figuring it out consume you.

In the meantime, I do agree with part of the statement I’m foretelling from my therapist. Know that you are safe now and you are free from the danger. If the flashback is causing high anxiety, which can come not only from the flashback itself but also from being so frustrated about not being able to figure out it out, it’s not doing you any good to focus on it.

Take a deep breath and go about your day, and maybe in time it will pass or come back but try not to let events from yesterday hijack your life today. For now, I’m going to do my best to do just that, even though the flashlight in my head doesn’t seem to want to shut off yet.

APA Reference
Powell, T. (2019, May 24). The Frustration of Flashbacks with PTSD, HealthyPlace. Retrieved on 2022, December 8 from https://www.healthyplace.com/blogs/traumaptsdblog/2019/5/the-frustration-of-flashbacks-with-ptsd

Complex PTSD and Misdiagnosis: It Happens More Than You Know
Introduction to Bethany Avery, Author of ‘Trauma! A PTSD Blog’