The Long-Term Effects of Childhood Bullying

Six months ago I was in the intensive care unit (ICU) with sepsis. When I came out, my brain was significantly impaired. I couldn’t read, write or speak fluently. I’m in my 40s and suddenly everything I depended on about myself in terms of being able to communicate both personally and professionally had become enormously dysfunctional. I worried I’d never be the same.

When the neurologist and my physician visited my hospital room, I expressed how frightened I was that my brain was going to be changed forever. Immediately, the physician put my fears to rest.

“Don’t worry, you’re going to be fine,” he said. “If you were younger – if you were a child – we’d have more to be concerned about. The brain continues its original development up to the age of twenty-five. If this trauma to your brain had happened during that timeframe we wouldn’t be able to guarantee anything. But you’re old enough so that your neural networks have fully developed. All of your regular neural functions should come back within six months.”

He was right. Slowly, all of my reading, writing and speaking skills have returned. But what happens to people traumatized at a younger age? New research about childhood bullying further proves that the impact of what happens during those crucial years of brain development can last well into adulthood. 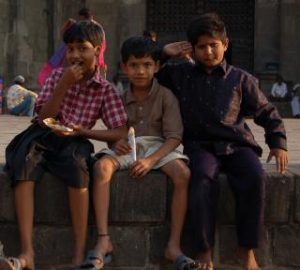 I remember the big bully in my elementary school. Janine was an obese girl with short, black hair and a permanent snarl on her face. She seemed to exist to be mean. No matter what you did it was impossible to keep out of the line of fire when it came to her insults.

What is a bully?

Technically speaking, bullying occurs when a child feels unable to amply defend herself against the repeated hurtful actions of a peer. In my own childhood, I chalked up my learning to have a tough skin due to Janine’s constant torture of me. Eventually, coached by a loving and supportive family and home environment, I learned to either speak up or just let Janine’s remarks sail over my head.

What are the Effects of Childhood Bullying?

But what happens when the abuse is overwhelming and there’s little significant support at home? In the short-term the results of bullying can be disastrous, even leading to childhood suicide. Now, a new study published in the American Journal of Psychiatry reveals that such abuse even 40 years later can lead to:

For people who haven’t experienced a traumatic, posttraumatic stress disorder (PTSD)-inducing event, this seems easy to shrug off. “Just get over it” people like to say. The truth, however, as shown from the research, is that we can’t always “just let it go”. Trauma in childhood can take a deep hold whose effects can be felt decades later.

Healing from childhood traumas is possible and important. To me, all of this research proves two things:

PTSD and Self-Discovery: Climbing Out of the Hole
How To Stop PTSD Anxiety, Flashbacks and Panic
sheila woodraska
May, 2 2014 at 10:18 pm
Tom Cloyd?!...YOU Are Sooo "On It!"...I really like your "Reads"...They "hit" Home and it is a "warm" feeling to know My "Feelings" Are "REAL"...As For My "Fears' If They Aren't "REAL"(Now that I Am Grown"...I seem to have No problem "Making them REAL" via My Actions Of Self-Sabotage And?Or Alienation...I Have Tried Individual Therapy...But It has ALWAYS Put Me Back In The Hospital...(SUICIDE Attempts)..I have Been hearing A lot About DBT?!...May I ask you "What Are Your Thoughts on This Type Of Therapy?...I Understand there Are Several Types...Depending the "Need"...I Have Several Mental Axis and I am also A Recovery Addict...I Have been Off Medications And Drugs(Alcohol(23 years)but used meth from 1999-2012..."Occasionally And Availability)...Thank-You Again..I Must "Share"...(Even Tho the Peeps I REALly Would Like To READ your Articles Won't And Don't Have any "More or Less" Time For Me Now Than They Did 45 years ago...:/