Back in 2009, I went to the annual trauma conference in Boston hosted by Bessel van der Kolk. It was a fantastic conference with a slew of professionals presenting on various aspects of and treatments for PTSD.

One of the stars of the conference was Neurofeedback (NFB), a process that I didn't know very much about. Many of the presenters shared facts, statistics and applications for NFB and spoke about how effective it was in helping to reduce symptoms of posttraumatic stress.

Do you know what NFB is and how it works? Here's a quick overview...

How Neurofeedback Fits Into PTSD Recovery 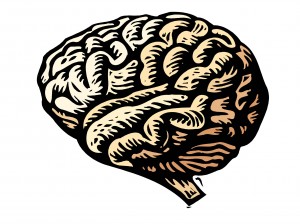 Back in 1965, NASA asked Dr. Barry Sterman to figure out how rocket fuel vapors would affect astronauts. Typically, the astronauts were getting sick from the fumes and NASA wanted to know the danger level of this reaction.

Dr. Sterman tested out varying levels of exposure on a set of cats (this was back when animal testing was more acceptable) and discovered a reliable dose-dependent curve of results. Meaning, the more fumes they inhaled, the more sick the cats became - except for a subset of cats that had been used in some brain training exercises. Unlike the other cats, this subset resisted seizures from fume exposure. Dr. Sterman discovered that the more trained the cats' brains were, the more well they adapted to rocket fuel exposure. This was the beginning of an entire field of understanding how possible it was to train your brain. Dr. Sterman's procedure became the foundation for NFB that is still used today.

How Neurofeedback Works as PTSD Treatment

In order to train your brain, a NFB clinician tapes electrodes to your scalp (completely painless and non-invasive!) and then through an electroencephalogram (EEG) reads your brain map to see what parts of your brain are and are not functioning in optimal ways. Often in PTSD we see that areas of attention and arousal are outside the norm on an EEG. Attention is not stable and arousal is over-reactive. By charting your brain waves, particularly alpha and theta, neurofeedback can show you not only where your brain is a little out of whack, but can also help to stabilize and regulate it.

In order to create change in your brain patterns, a NFB expert might do one of two types of neurofeedback treatment:

Train up executive function - The seat of attention stabilization and inhibitory action in terms of arousal is your prefrontal cortex; that's the area of your brain that you want to be most functional. A pracititioner would create programs on a computer that you watch; when your arousal gets too active the program interrupts that pattern with a chime, or a tone, or an animated visual effect. This stimulates the brain, offers it a reward for switching focus and trains it to want more of that. Through training the brain learns new patterns of how to regulate itself.

Train up relaxation - Part of teaching your brain to re-regulate is teaching it to relax. Through the use of soothing sounds and brainwaves NFB can help you settle into a 'healing' trance that allows your brain to learn in a new way how to relax and release out of the high arousal state.

Training your brain takes time. The range for full results usually exists between twenty and forty sessions, although you'll see improvements along the way. Benefits include:

If you're looking for a treatment that has proven PTSD application, and would like a rest from talking about what's happened in the past, neurofeedback may be a terrific option for you. For more information about neurofeedback and to locate a provider near you, click here.

Separating Your Mind and Body In PTSD Recovery
Persistence and Healing in Trauma Disorders and Addictions
Lawrence Klein
July, 6 2013 at 9:21 am

Has neurofeedback been successfully applied to lessen the symptoms of other mental illnesses such as bipolar?

@Antonio -- That's a great question. I'm not an NFB expert, so I'll refer you to one here and you can ask this question: http://brainhealthinc.com/what-is-neurofeedback/ Dr. Andrew Hill is extremely knowledgeable and has a comment/ question form on his site.

When is the conference held? Is it expensive? I'd be interested in going if it was affordable for me.

@Mary -- The conference is usually in June, I think. You can find out more through this organization: http://www.traumacenter.org/