Persistence and Healing in Trauma Disorders and Addictions

Healing in the trauma disorders and addictions means real and permanent major change, and that's usually neither cheap nor easy. Persistence, in the pursuit of healing, is very often the single most important factor predicting success. 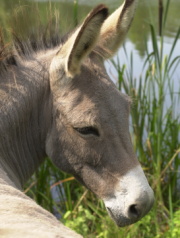 In ordinary personal change, one merely needs to learn an improved procedure, then practice it, and the desired change usually results. Extraordinary changes, however, challenge us because we often want two things – to change and not to change. That's the form of a classic dilemma, and we see this often in trauma disorders and addictions.

Why do I pair these two mental health issues? Two reasons: they are often seen in the same individual, and they have a lot in common when change is our concern. “Addictions” encompass a large class of highly-related disorders, distinguished in part because many of them encompass serious physical issues needing careful management in recovery - something not characteristic of trauma disorders. But a critical factor they both have in common is the internal conflict between parts of self which want and do not want to change.

Why persistence is needed with trauma disorders and addictions

It may surprise you to hear that this conflict occurs with Posttraumatic Stress Disorder. With PTSD, the part of self that “contains” the persistent trauma memory(s), and is the source of PTSD symptoms (including intrusive memories), wants primarily to flee, to avoid contact with memories and their triggers. This gives rise to the second of the four classes of symptoms required for a diagnosis under DSM-5 guidelines: avoidance. However, the core of all successful PTSD treatment protocols is the precise opposite of avoidance - exposure to the trauma memory, in whatever form it exists in an individual's mind, this is a problem.

With both trauma disorders and addictions, we see individuals try to ignore the problem – using denial with addictions, and avoidance with PTSD. It's only natural, but it's a futile strategy, akin to ignoring a fire in your own house.

Many therapists do not yet know much about dealing directly with conflict within a single person, using the most modern paradigm – the Self-state (or Ego-state) concept so well articulated in modern times by psychologists John and Helen Watkins (1996, pp, 25-37) and psychiatrist Daniel Siegel (2012, pp. 186-218), among others. Their work with clients will thus usually be less efficient and effective than it might otherwise be, so that individuals in this work will need to rely more upon their own resources resolve the essential conflict involved in healing. If one cannot connect with a suitable therapist at all, then reliance upon one's own resources assumes center stage.

So here you are, trying to get “real and permanent change” in your life, with either addictions or PTSD or both. You truly want to get it done. No matter what your situation, research shows that the single most important element of successful change in psychotherapy is the individual's character and motivation. Here's what I want you to know: To succeed, you need to embrace your inner mule!

I do love mules – and two year olds, as well (the one has long pointy ears, the other grabby little hands). Both have firm ideas about what they want, and so must you. In the beginning, you don't know how to get there. One thing is guaranteed not to work: giving up. No self-respecting mule would do that! If you don't give up, what's the alternative? Persistence, stubbornness, even orneriness – your inner mule, in a word (or two).

Persistence will lead to either of two outcomes: you'll finally figure out how to “do it right” (find a good therapist, make best use of therapy, take adequate care of yourself so you can really do the work of therapy, and so on), or you won't. In the latter case, which happens to all of us, you'll need outside help. Your inner mule simply needs to team up.

If your life gives rise to the same problem repeatedly, how you're responding to it is inadequate or plain wrong. You're stuck, so seek outside yourself. Consult a coach, a therapist, a wise friend, a good book – but do something different. You don't have to be smart; you just need to know someone who is! Your life is an experiment, and it's up to you to get it to work.

You must persist. Do that and you will learn. Learn enough and you will succeed. Calvin Cooledge may have put it best:

Nothing in the world can take the place of persistence. Talent cannot; nothing is more common than unsuccessful men with talent. Genius will not; unrewarded genius is almost a proverb. Education will not; the world is full of educated derelicts. Persistence and determination alone are omnipotent. The slogan, "Press On", has solved and always will solve the problems of the human race.

In your struggle with PTSD or other trauma-related disorders, how has your persistence altered the course of your life? Are there aspects of your healing and recovery which remain unfinished, so that persistence is still needed? Is it time to harness up your inner mule?

You can also connect with Tom Cloyd on Google+, Facebook, LinkedIn, the Tom Cloyd website and blog.

Persistence is a good state as I have stayed with Therapy for years and worked very hard at it. I find in my own healing to find one thing that brings you joy each day, expose yourself to it and even if you have joy in your life for as little as five minutes somehow I have won.

Thanks! I appreciate having your reaction.