Does Suicide Stigma Look Different for Men and Women? 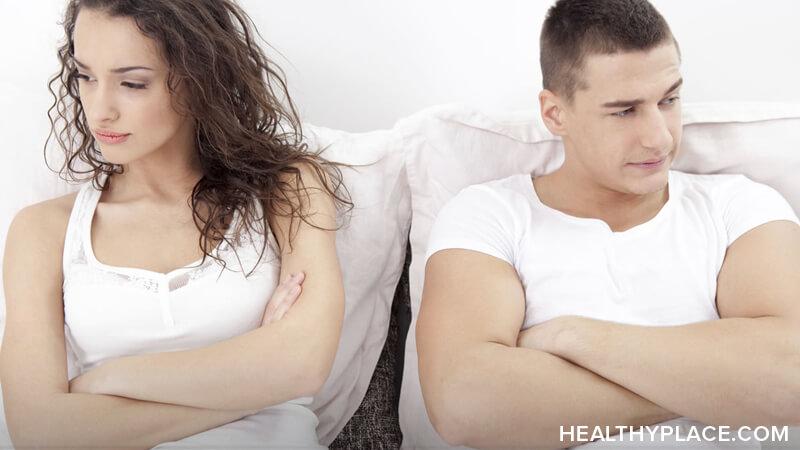 The stigma related to suicide is often thought of as a uniform idea, but it's important to think about the different ways it manifests so we can better understand how to approach it. Does it look different for men and women, for instance? And if so, how?

How Does Suicide Stigma Manifest?

When someone brings up suicide stigma, there are probably two key ideas that come to mind: selfishness and cowardice. There are other hurtful terms and perspectives besides these—plenty more lies stigma tells us about suicide, such as suicide incidating a lack of masculinity or it being attention-seeking.

Thinking about the latter two, in particular, they create a divide showing us how suicide looks different between men and women who consider and die by suicide.

Lack of masculinity is a staple stigma that follows men when it comes to suicide. If a man is considering death by suicide, stigma says he needs to "man up." As a man, he shouldn't be "weak" and he should "have it together." In instances where a man does die by suicide or is considering it, he may be labeled a "sissy" or "too feminine."

Author Matt Haig is incredibly open about his bout with suicidal ideation and has mentioned these very things as stigma he has faced. During Suicide Prevention Week, he tweeted the following.

Between people who say 'man up, get on with it' and those who say 'male privilege, stop whining' it is no wonder many men feel they shouldn't talk about mental illness.'1

And he, of course, is not the only man facing these challenges.

Attention-seeking is a key attack point used against women who consider or die by suicide. I wonder if women earn this label thanks to the stereotype that women are prone to being over-emotional. Whatever the case, it's essentially discrediting women in dire straits, brushing it off as embellishing something minor to insight pity. I know it's something that's crossed my mind in times when I've considered suicide or been seeking help for my suicidal thoughts ("Breaking Down the Stigma of Attention-Seeking Behaviour").

Apart from my own experience, an instance that comes to mind is Amanda Todd, whose story made headlines after she died by suicide in 2012 due to severe cyberbullying.2 While there was support in the wake of her death, there was also stigma. I remember people criticizing her as attention-seeking, especially since she'd posted a video about the bullying before she died. Despite the fact that her suicide took away any chance of getting the attention she was supposedly seeking, these claims still came about.

(I feel there may be different ways suicide stigma manifests for those who identify with other genders as well. Not mentioning them here is intentional. Not because I don't think it matters—it absolutely does and it's important to talk about. I'm not, however, familiar with it and the effects it has, so I don't want to misstep.)

How Recognizing Different Manifestations Impacts How We Combat Suicide Stigma

Ultimately, stigma serves to invalidate and silence those who are struggling. It creates this fear and even doubts that what's being felt isn't real or worth anyone's time. Yet, noting the different ways it manifests for individuals or groups of people is important to effectively combat suicide stigma. I explain why in the following video.

I think it's so important to understand, and openly discuss stigma. We have to acknowledge the stigmas and conversational blockages that can happen around these topics. The more understanding and openness we have, the more we can show up to fully support one another.