What If Mental Illness Stigma Never Goes Away? 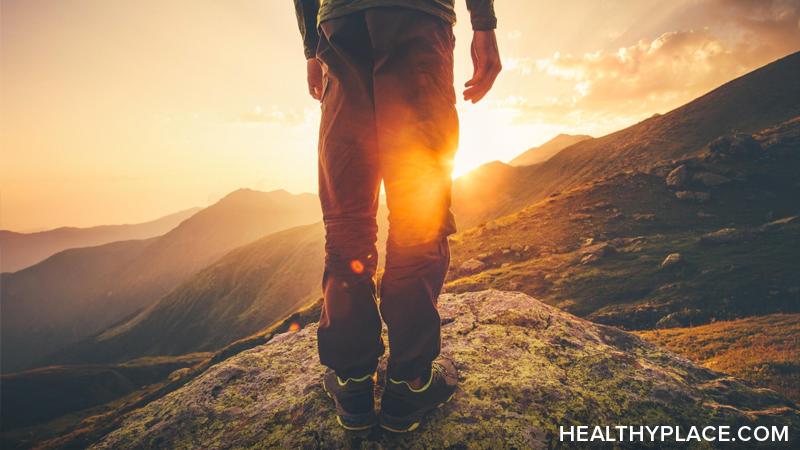 Don’t get me wrong, even reaching one person is a job well done in my book, and mental health advocates certainly reach more than one person. But when we take into consideration how many people are in the world and how pervasive mental illness stigma still is, I think it’s fair to ask that what-if question. In doing so, we can prepare ourselves for the possibillity and become stronger people because of it.

I think asking what-if is particularly beneficial for non-advocates who don’t know what to do about the stigma they face. While it’s nice to have the idea that stigma will one day go away, why wait around for that to happen? Non-advocates need to know now what to do about stigma and self-stigma. We can make things better by reaching out right now.

After all, the only people we ultimately have control over are ourselves.

Let me say one thing before I continue: being stigmatized for any reason sucks, especially when it’s something that we either can’t change or something that can’t easily be changed. Lessening the blow of that stigma is not an easy task and sometimes it’s going to break us down — and it’s okay to be upset.

We Can Change Our Reaction to Mental Illness Stigma

What we need to do, and what we should actually start doing right now, is change how we react to mental illness stigma overall, which also works to take power away from those stigmatizing us. I don’t mean that in a sense that it will make them stop, because it might not, but it will certainly help us to cope better.

How we do that is probably going to be different for each of us. For me, my keys to reducing mental health stigma’s effect over me are my support system and knowledge. When I say knowledge, I mean I actively seek out research about my mental illnesses because for me that helps me understand them and brings me peace and I can see them for what they truly are: illnesses. Having my support system is key too because those people give me reassurance that I’m not fighting this on my own (even if they don’t have mental illnesses) and that they value and appreciate me just as I am, mental illnesses and all.

These two things give me strength and confidence to take stigma head-on.

Should we stop sharing about mental illnesses? Should we stop helping those who stigmatize people understand why their actions hurt? Absolutely not. We should do what we can right now to help us get through stigma, just in case mental illness stigma never goes away.

Sadly, the last 4 years have taught me that a significant portion of the population, maybe 40%, are as biased and bigoted as people in the 1950s.
Despite being progressive, I think the most realistic response is to cut our ties and establish separate societies - if we can’t accept this.

Hi there, Bill. That kind of estimation is definitely disheartening and I can see why it seems like it'd be easier to just cut ties with those who are like that. It can be a difficult decision to make and there are a lot of factors to consider when doing so. I definitely encourage you to do whatever is best for your mental health. Working with a therapist might be a good way to work out what that is, and HealthyPlace has a number of resources listed right on this site here: https://www.healthyplace.com/other-info/mental-illness-overview/how-to-find-mental-health…
I hope that my suggestions from this post also helps. Building ourselves to better handle these situations can bring a lot of peace of mind; at least that's what I've found and I hope others do as well. Wishing you the best, whatever you decide. Just know that you're not alone.

Very nice and useful article...Thank you for sharing