Stop Telling Me Not to Say I'm Depressed

There’s a video that came out just over a month ago that tells me to stop saying I'm depressed. It was made and posted by Prince Ea (Discussing Depression and Mental Health: Why Language Matters). Despite his enormous Facebook following, I had never heard of him before this video, but from what I can tell, he is a motivational speaker. His large following and the viral traction the video gained are the reason I want to write about it. You see, Prince Ea's message is fundamentally flawed. It tells me to stop saying I'm depressed.

Even though I agree with the overarching message of his video – that we are not our mental illness – I completely disagree with his delivery of that message.

Why Language Matters When Talking about Mental Illness 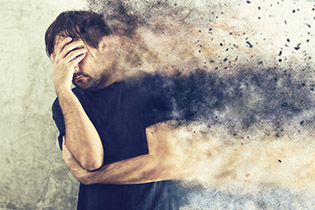 By telling the viewers to stop saying they are depressed, he is, unfortunately contributing to stigma. As people who live with mental illness, we have enough people telling us to keep quiet about it without someone who is purportedly a motivational speaker do the same thing. For many people, saying they are depressed is the first step to getting help and the first step in being honest with themselves.

Telling People to Not Say They're Depressed Is Wrong

Many comments on the video show that many people who experience depression and watched it understand how the message is flawed. My concern is for those who either don’t or take his message of “stop saying you’re depressed” to mean that they should not speak about their mental illness. If it prevents someone from getting help, then that’s a problem.

Saying “I am depressed” is completely valid and it doesn’t mean you’re confusing expressing how you feel with who you are (Use Positive Language to Describe Your Depression Diagnosis). I know in my life, staying silent about mental illness only made it get worse, not get better.

Whether the intentions behind this video were good or clickbait driven (which I’m not 100 percent certain about because of the part where he says something like, “oh snap, now I’ve got people mad”), for me talking about mental illness all comes back to the language we use. Maybe there is a misunderstanding about what depression actually is, so finding the proper language is difficult.

If you want to tell people to stop letting their mental illness become their identity, just say that because, in my mind, telling someone who is depressed to stop saying they are depressed is wrong.