Eating Disorders and Twin Dynamics: Is There a Connection? 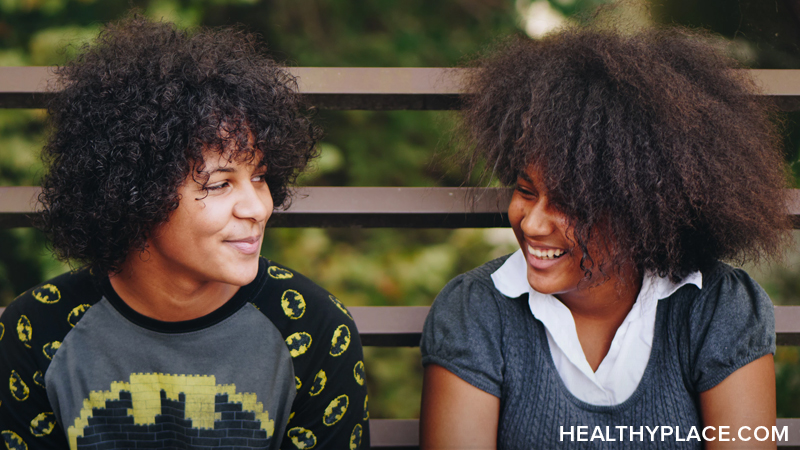 I am an identical twin. For most of my childhood, I was viewed as one-half of a package deal. In fact, my sister and I resemble each other so strongly that, as small children, my mom painted our toenails two contrasting colors just to tell us apart. We were known as The Twins, a source of fascination to those around us. I rarely encountered other sets of identical twins in those formative years—until my first experience at a residential eating disorder treatment facility. Twins were not uncommon there, which has me wondering: Is there a connection between eating disorders and twin dynamics?

My Experience with Eating Disorders and Twin Dynamics

When I entered this treatment program as a 19-year-old, it marked the first time in my life that I was isolated from my sister. I soon began to notice how distinct my own experience was from most twins at the facility. I had a strong, vibrant, healthy twin on the outside who was thriving in her freshman semester of college. I felt motivated to heal so I could join her. But the other twins I became close to during those months of treatment were not as fortunate as I was to have a sister who inspired me to recover.

On the contrary, their siblings were just as sick as they were. A couple sets of twins I met were allowed to be in the same program, but most were separated from one another in treatment facilities on opposite ends of the country. This led me to question: Is it rare for only one twin to suffer from an eating disorder? In the majority of cases, are both twins susceptible? And how could I fall prey to a condition that my sister managed to somehow escape?

All these years later, I am still curious about the connection between eating disorders and twin dynamics, so I have gone in search of answers. As it turns out, scientific research exists to reinforce the prevalence of these illnesses among twins—especially anorexia nervosa, the type of eating disorder I wrestled with as a teenager and well into young adulthood.

The Science Behind Eating Disorders and Twin Dynamics

One of the most famous studies to map the connection between eating disorders and twin dynamics took place in 2010. A group of researchers in Stockholm followed the lives of more than two million children across Sweden until they became legal adults. The researchers found the twins in their study received anorexia—and to a slightly lesser extent, bulimia—diagnoses considerably more often than single-birth children.1

As a result, those scientists began to theorize that how sets of twins are raised can increase their overall eating disorder susceptibility. While it's possible that twins or other multiple-birth children might have a genetic predisposition to these illnesses, the researchers also pointed to environmental factors which could influence eating disorder behaviors in twins. For example, if a set of twins are often compared to one another or treated as a cohesive unit rather than as two unique individuals, it can provoke a crisis of identity.

In response to this, one or both twins might strive to control or change how they look on the outside as a way to distinguish themselves from their identical counterpart. Taking that research into account, here's what I believe exacerbated the connection between my eating disorder and the twin dynamics I grew up with.

Eating Disorders and Twin Dynamics Continue to Fascinate Me

I might never know the reason why I succumbed to anorexia as a teenager, while my sister remained the picture of health—that's her story to tell. But she helped save my life in a season when I felt so much darkness, shame, loneliness, and fear. She was my inspiration to heal, and our relationship has strengthened as a result. I do think eating disorders and twin dynamics have a unique, fascinating connection. But ultimately, I'm just grateful to have a twin who has been one of my fiercest champions in recovery.

APA Reference
Schurrer, M. (2022, March 2). Eating Disorders and Twin Dynamics: Is There a Connection?, HealthyPlace. Retrieved on 2023, January 29 from https://www.healthyplace.com/blogs/survivinged/2022/3/eating-disorders-and-twin-dynamics-is-there-a-connection