Mindfulness After a Meal in Eating Disorder Recovery 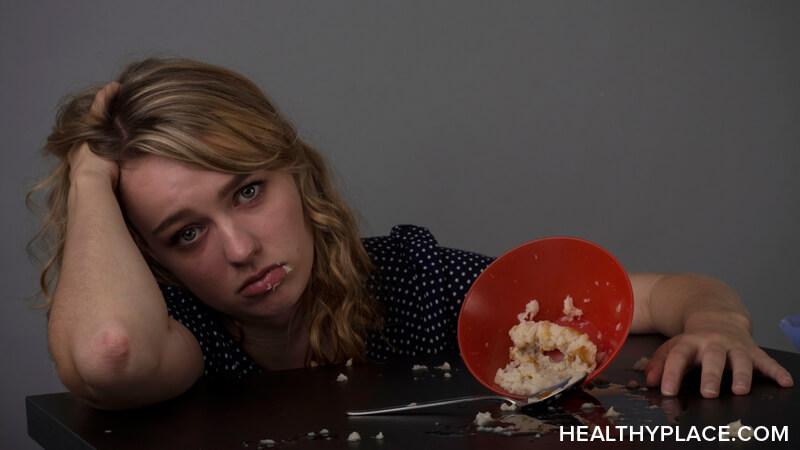 What Is Mindfulness After a Meal as Applied to Eating Disorder Recovery?

Practicing mindfulness is often a simple, accessible and beneficial approach to remaining mentally grounded in the present, rather than attempting to medicate or escape the discomfort of what your emotions are communicating about the meal you've just eaten.

The Idea Behind How Mindfulness Works

Mindfulness can sound like something of a buzzword in modern culture, but the premise behind this term is straightforward. To paraphrase, mindfulness is defined as the conscious awareness of your thoughts, feelings and body in current time and space. Therefore, in order to practice mindfulness, you need to focus on identifying those emotions, thoughts and body sensations—no matter how distressing it might feel to acknowledge or confront them. Observe what emanates from inside of you with gentle curiosity instead of judgment, criticism and disapproval. Make it your intention to accept the here and now, rather than allowing your mind to envision a worst-case scenario based on heightened and irrational emotions, or to deflect what you're feeling in the moment altogether.

The Benefits of Mindfulness After a Meal

So how can practicing mindfulness after a meal alleviate some of the tension you might experience? It goes without saying that an eating disorder revolves around a toxic relationship with food and a desire to control the body's nutritional intake. This means that any food consumption might provoke feelings of anxiety, shame, repulsion, anger, worthlessness and other negative internalizations. When you encounter these fierce emotions, a common impulse is to regret the meal you consumed within minutes of finishing it and this often leads to extreme behaviors to compensate for all those unwanted calories. The harmful rhythms of deprivation and punishment continue.

Mindfulness offers a paradigm shift—one that seems counterintuitive but nourishes healing and self-care over time. Practicing mindfulness is the opposite of fixating on corrosive thought patterns or initiating destructive habits because it teaches you how to discern where the emotions and urges come from, so you can process the deep-rooted message or belief which aroused those emotions in the first place. This makes it easier to separate truth from deceit, logic from fallacy, and perception from reality.

The more you concentrate on this inner awareness, the more you can differentiate between what is true about yourself here in the present versus what the eating disorder has persuaded you to feel, think or believe. In other words, practicing mindfulness after a meal can be an efficient coping skill to moderate—or even annihilate—that rush of panic that may follow a meal. It can also be a useful weapon to silence the eating disorder's negativity and tune into a recovery-minded focus instead.

Tags: mindfulness after a meal