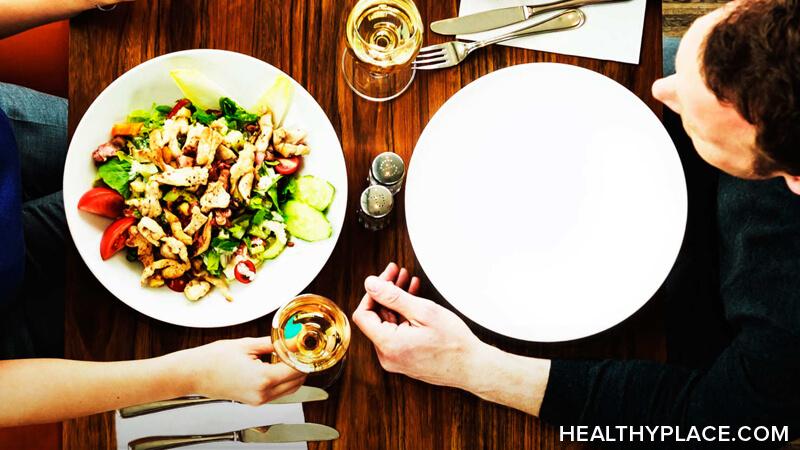 Eating disorders often elicit both competition and comparison among those who suffer, and this can especially be rampant within the context of eating disorder treatment. Because society tends to normalize and glamorize disordered eating behaviors, the inclination to compete over being the "thinnest person in the room" does not suddenly disappear inside a controlled, therapeutic environment. The number of rules and supervision are heightened in treatment, but the fixation with remaining "skinny enough" is difficult to switch off. This mindset is rooted in insecurity, self-hatred, shame, and negative body image, so feeling the need to compare or compete serves as a distraction from those uncomfortable emotions. But the fact is, competition and comparison in eating disorder treatment will exacerbate suffering and counteract recovery.

Why Eating Disorder Competition and Comparison Is an Issue

During my time in both inpatient and outpatient eating disorder programs, I witnessed, experienced, and even instigated competition or comparison among the individuals I walked through treatment with. Some of these young women became my close friends—one, in particular, was a bridesmaid in my wedding, and I will soon return the favor when she gets married—but our camaraderie was punctuated by an unspoken desire to surpass each other in a twisted game of "who is the best at being sick."

Without question, the months I spent in treatment saved my life, and I am grateful to the dieticians and therapists who invested in my healing, as well as the friendships that sustained my determination to recover. But I also encountered—and contributed to—some rivalry and jealousy because eating disorders are divisive in nature. Moreover, this treatment dynamic is not uncommon which makes it a serious threat. In my own experience, comparing how someone else's body looked next to mine fueled the insecurities which reinforced the illness. And competing to remain "the sickest" as a distorted badge of honor often provoked me to sabotage myself and trigger people I genuinely cared about in the process.

How to Withstand Eating Disorder Competition and Comparison

When faced with the temptation to engage in competition or comparison with other eating disorder patients, it is crucial to first examine the root cause behind that competitive tendency. In most cases, this behavior is a product of feeling worthless—of not being entitled to recovery. So the unconscious motivation becomes, "If I can just shrink down more than anyone else, then I will be sick enough to deserve treatment." Recognizing this fear, both inside myself and others, has gradually softened the need for competition and reframed it into an impulse toward compassion.

This does not mean I never feel the urge to compare my body to another person's. This does not mean I never force myself to compete with someone else's appearance or measurements. This aspect of eating disorder recovery is still a work in progress for me, but I also know that overcoming the eating disorder is a better use of time and energy than obsessing about how I look in relation to those around me. Eating disorder treatment is arduous enough—there is no reason to complicate it further with the damage inflicted by competition and comparison.