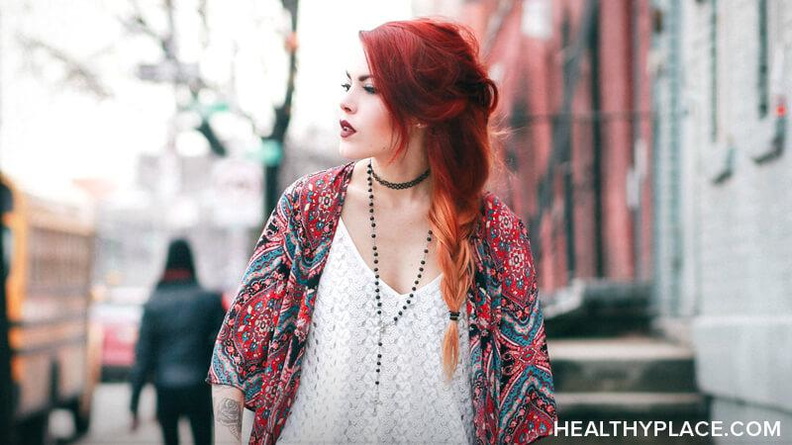 One of the most important actions to be taken in eating disorder recovery is to talk back and say ‘No’ to the voice in your mind, while fighting against the disease. My co-author Jess pointed this out in last week’s post. Of course, this is easier said than done, and I can only empathize with you if you find yourself struggling with it, since it's a situation I had to go through, and still experience at times when I’m having a rough day trying to maintain my eating disorder recovery.

One of the aspects Jess discussed in her post was the fact that saying ‘No’ is difficult at first. I completely agree! Yes, refusing to give in and accept the insults and negativity the voice in your head tells you is, in my opinion, just as hard as learning to say no to someone in your daily interactions and relationships.

Responding to Negative Thoughts One at a Time

Perhaps this daunting task is easier tackled by breaking it down in small, measurable goals in order to feel a sense of accomplishment and peace along the way. For example, I remember the first time I walked to my new therapist’s office, many years ago, while hearing in my mind that I was stupid for trying once more to connect with an eating disorder professional and get some help. My eating disorder was telling me I was fine, that it was okay to purge and binge if that was the only way I’d stay thin. 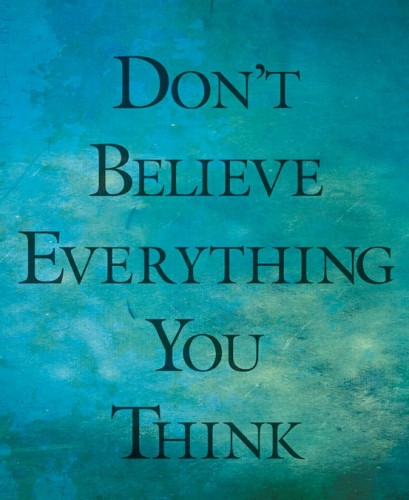 While I walked, I tried to block every attack launched by my eating disorder. Internally, I’d respond to each of them, much like I’d do out loud in a difficult dialogue with someone: "No, you’re wrong, I think I need help," "No, it’s not normal to binge and purge," ‘"No, I’m not weak for asking for help." I told myself then that maybe, maybe, I could try to talk back to the disease while walking. I didn’t think about whether or not I could do it that night or the following day, or if I’d self-harm later on. Instead, what I focused on was the issue at hand, in that moment.

Build Confidence by Responding to Your Negative Thoughts

In many ways, my therapy started while I walked alone to my first appointment with this new therapist. When I got to her office, I was in the right frame of mind to start de-programming how my mind had been working in terms of thinking about body image and self-love. In many ways, stopping the bingeing and purging, the physical activities that that entailed, was not the hardest. The hardest part was understanding what was behind these behaviors, the thought process that pushed me to engage in self-harm.

I won’t lie and tell you that learning to talk back to my eating disorder was easy or simple, or even pleasant to go through; but doing so was definitely the single most powerful thing I’ve ever accomplished in my personal life.

I say this today because being able to stand up for myself against my eating disorder’s voice meant that I could trust my own judgement. It meant that over time, I would trust myself in talking back to it and refused to hear, listen and believe the insults and lies it said to me.

I'd love to hear how you are able to talk, fight or push back these damaging thoughts in your eating disorder recovery! Feel free to share by leaving a comment below. Thank you!

Hi. I have a daughter who has anorexia and had received treatment. But those negative thoughts about body image come back and when they do she talks to me about it. But I honestly do not know if what I’m saying helps or is right. What types of things should I be saying to her when she is going through this?

I love your blog, and I would love if you would check mine out. It's brand new and will chronicle my recovery journey and give hope to others (i hope!). it's torecoveryandbeyond.weebly.com

Hi Mallory! I'm glad you reached out! I thank you for taking the time to read our experiences with ED on this blog ;) I will definitely look up yours and will be happy to know you're in recovery!

I am just on the road to recovery, I call it life recovery. I must say that I found this article very comforting. I went through anorexia and bulimia and unfortunately my mind took me in a totally different direction while telling it that recovery meant gaining weight. Now my addiction lays in the eating of rather then in the not. It is one of the things I need to pull myself back from and take a good hard look so thanks you for the honesty and the reality.

Hi Tammy! I'm so glad you wrote! I completely relate: recovery is a lifelong journey. I'm glad you found this article comforting. It truly is an everyday choice to not let another addiction take over us, isn't it? I thank you for your courage in sharing your struggle here, and I can definitely appreciate that as you say, taking a hard look at ourselves is not a simplle task. It can be hurtful and scary, yet freeing at the same time, because once we know what we're afraid of, the fear has less of a grip on us. All the best!

Wonderfully explained the internal battle inside,
We even need to check our thinking as well,
if it positive or negative,and refrain from negative thoughts.
Thank
Alcohol Treatment Center Mill Valley

Thank you William. Appreciate that you took the time to read and comment! Have a great day!

I have had an eating disorder for over 30 years. I am now seeing a therapist whom I believe can help me, but I am haunted by the negative thoughts invading my mind. I have put on weight and I know I feel healthier but I yearn to be thinner, keep telling myself if I was just a lighter then I would cope much better, but deep down I would then want to be a bit lighter and then a bit more. I consider myself a sensible person but I just can not let go, what if I spiral out of control!!

Hello Lindsay, Thank you for writing! I know all too well about the kind of dialogue you bring up here. It's as if the better we start to get, the more we start hearing again the negative comments in our mind. I've asked myself many times over the past few years "What if?", just like you seem to have. Then I started to ask myself "What if I accept that I have a tendency to put myself down because I have a history of ED? What if I learn to quiet that voice for the rest of my life, every single day, just a bit more? What if I know and accept that letting go is an ongoing process, rather than having a clear beginning and end?". I don't know if this will help you, but it might invite you to look at things from a different perspective. I'm always learning about eating disorder recovery now that I'm in the maintenance phase of it, and it's so humbling to look back and see that it truly is little by little that I learned to undo the damage cause by ED. I really wish you all the best, and thank you, you left a comment that made me think a lot today, and that's why I took some time to write back!