When Your Roommate Has Bipolar Disorder

When your roommate has bipolar disorder, there are things to consider. Though the effects of mental illness affect those who suffer most acutely, they also cause significant consequences to those friends and family. Those effects can be felt more acutely by those who live with someone suffering with a mental illness. When your roommate has bipolar disorder -- or any other mental illness -- they may, unwittingly, be responsible for taking care of you and managing their own reactions to your symptoms (Effects of Bipolar Disorder on Family and Friends).

Managing Practical Details When Your Roommate Has Bipolar Disorder

I have been living with my current roommate for almost five years, and during that time I've had a long depressive episode. At my worst, I didn't leave my room and stayed in bed with my door closed. Over the course of weeks and months, that behavior changed the dynamic of chores around the house.

Since I couldn't get out of bed, my roommate had to feed my cat and change the litter box 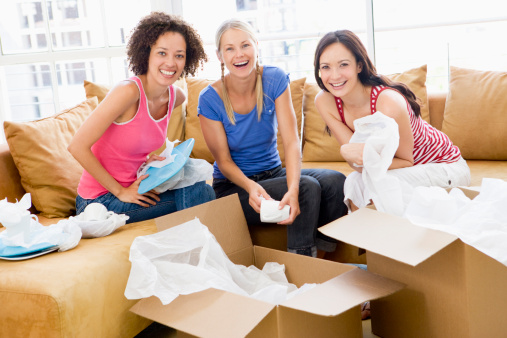 -- two things that he hates to do, as the cat clearly belongs to me and not to the apartment. He also had to wash dishes whenever I used a cup or a spoon and clean common areas like the bathroom and the kitchen. The division of labor in the apartment shifted significantly during my episode as I was unable to take care of myself, let alone a host of other duties. Fortunately, I'd told my roommate what was happening to me, and had discussed how an episode of bipolar depression might look before I'd had one. This early communication prevented much resentment from building up about my behavior.

Emotional Effects When a Roommate Has Bipolar Disorder

Though roommate situations may be practical rather than emotional arrangements, there is still an emotional toll if a roommate has bipolar. During my recovery, I was frustrated by my progress and still felt the effects of depression most of the time. My roommate bore the brunt of my dissatisfaction as I often lashed out at him or had crying fits in the living room.

Because we had talked about my disease and symptoms beforehand, my roommate was less offended than he could have been by my outbursts. He did, however, respond with frustration of his own and we sometimes got into arguments which ended in slammed doors. It was important for me to remember to apologize for taking out my negative feelings on him, and for him to realize how my emotional state affected his feelings and reactions.

The most important aspect of sharing a home with someone who has a mental illness is the ability to notice changes in symptoms and behavior. When I had a bipolar relapse, my roommate noticed my behavioral decline before I did, being aware when I cancelled plans and isolated socially. When I started to get better, he also noticed the change in my mood, my outlook, and how I interacted with him. Having someone at home who experiences my emotional and physical state as often as I can, helps me stay on top of when I might be slipping back into depression before a full episode sets in.

Mental Health Relapse and Family During the Holidays
Choosing Abstinence During Bipolar Recovery
Terri
July, 6 2020 at 7:28 am

I had an Airbnb guest who is actually homeless and when there’s steak included they asked if they could stay on just until they could find an apartment. It has turned into a nightmare as this sub letter is bipolar and very disruptive to the house. They are not on the lease, and they were never supposed to stay permanently. How the heck do I get rid of them legally??

I am scared. My roommate is laughing on its own, getting mad and shouting at no one or would create these scenarios. I just moved in like more than a month ago. Then one of our roommates moved out because that roommate had a knife to their side when the roommte just wanted to get the food delivery person up the building. Just in case the person let in is dangerous. That roommate left and I am alone with the roommate with bipolar. The roommate with bipolar entered my room twice. First, stole some things. Second, not sure. I just bought a doorknob that can be locked with a key from the outside so I can lock it when i leave. I am currently looking for a olace to live because I am so scared. I don’t even pee or get drinks anymore because I’m scared to go out.

My roommate and former best friend is dual diagnosed bipolar and drug addict (in recovery). We entered into a short term agreement that I would handle the household affairs in exchange for room and board while I was looking for a job. It has been a nightmare ever since. He is often abusive verbally and it has escalated to violence on two occasions. Any offense he perceives, based in fact or not, results in him attempting to throw me out at that moment. While I, and others, can see that he’s full of @$!# most of the time, it’s like he really believes everyone around him is the problem. His mood range from entitlement to rage to convincing contrition. It’s a wild rollercoaster of insanity living with him and I try my best not to engage him on any level. Last night, I had to call the police because he started one of his episodes and I knew I was too physically weak from surgery that day to deal with him. It eventually devolved to him running around the apartment in his underwear while guests tried to calm him down and he threw all the food in the kitchen away, citing it as an attempt to starve me. I’m really not sure how to handle him when he goes to that insane place. I care about the guy but enough is really enough and he is dangerous and destructive when he gets out of control. Any advice on how to deal with a bipolar person with strong aggression would be much appreciated.

Hi Joseph. This is a rough situation, and thank you for sharing with us. It sounds like your roommate is going through a manic episode right now. Many people who struggle with bipolar disorder will do things that appear to be insane to those around them while manic. If you feel you are in danger, you did the right thing by calling the police. If you, and they, feel he is truly a danger to himself or others, they may be able to put him on a 72 hour hold. However, if you are looking for longer term solutions, you might need to wait out the mania, and have a rational conversation when he comes down from that. Work with him, and with his friends and family, to put structures in place of what to do when things like this happen. If you can't wait it out, or can't handle his swings -- part of having bipolar -- it might be best to move on from the roommate dynamic.

My roommate is bipolar. I am in Hell. Verbally abusive. Spending addiction. Hoarder. Exploitation. Controlling. Can not tell the truth about anything. Will not clean up after herself and gets very upset with me for not joining her I Love Me Fan Club. Wigging moods on a minute by minute basis. Never takes responsibility for anything always blames someone else. Passive aggressive. Steals. Pads bills to makeup for spending too much money. Spreads gossip that I am living off of her and that is why she has money problems. Controlling and starts screaming when I remind her I rent a room from her that's it. Has hidden toliet paper and paper towels, locked me out of the bathroom at nite, hidden my mail, stile my debit card, leaves her dishes and mess for me to clean up even when I have been away for a week, rudely insults me in front of people, tried to seduce my date, demands that I don't date or have friends over and the list goes on and on. This is a horrible person. I am moving next week. I will never breathe the same air as this racists ass and I have light pigmentation.

I have been living with a Bipolar roommate for 6 months and so far she's had many episodes as we progressed. Then her mother tried to kill herself due to that close tie that was broken between them when my roommate moved in. Mother has it too. Lots of drama now, the mother calls with some fake story when roommate is out and I react. And yesterday the roommate pretended to be in horrible pain and dragged me all over town for self medicating and then hours in urgent care then they called an ambulance and sent roommie to E.R. and then roommates mom is on the way to see roommate in ER and gets in auto accident. Roommate put me through hell, I was truly worried and stressed, then roommate came home like nothing happened like one hour later, and I had to walk 20 blocks in the heat to get home from Urgent Care. Roommate has to go, HOW DO I GET RID OF A BIPOLAR ROOMMATE? I'm scared.

OMG my roomate has some sort of mental illness and she did not mention it before I move in. Some days she is nice but then she can stop talking to me for days, or being super rude or slamming my door because she asked me for my charger and I said I was using it. On a daily basis it is very difficult to deal with. I get anxious before getting back home because I don't know if she is going to have a good day or a bad day. I try o be understanding and supportive but I never know what to say, specially because she change her mind about everything at least once a day so I live in a total uncertainty. For example she has been telling me that she will move out next week since last November, because she wants to live in another neighbourhood. 5 months later she is still here.

I wish my former roommates had read this before kicking me out :

I wish there was an easy fix to all this. Just when I am feeling better, then whamo another depression episode starts in. Hope you have better days ahead.