Sex serves many positive functions in a relationship, but you may choose abstinence during bipolar recovery anyway. Sex can bring people to a new level of intimacy, it can provide a physical stress release, or it can simply be about expressing a mutual sexual desire (What Is Healthy Sex?). In spite of these functions, sex can be damaging at times, particularly at various stages of bipolar disorder. Choosing abstinence during bipolar recovery can be a way to remove a trigger from your emotional life.

Hypersexuality can accompany manic and hypomanic episodes, and if you've been in a hypersexual state for a period of time, it can be difficult to curtail sexual activity. I experienced this after a manic episode which landed me in the hospital. Once my treatment team had addressed my mania with medications and therapy, I had a clearer 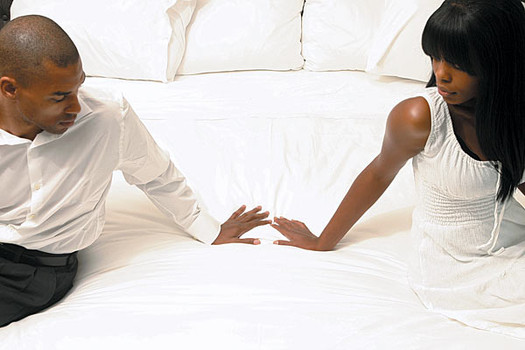 picture of the sexual behavior I'd exhibited during my episode. I was engaging in sex with multiple partners because of an out-of-control urge I felt, not because of sexual desire.

Once my emotions were in better control and I felt more stable, I didn't feel the impetus for as much sexual activity as I'd had during the manic episode. Choosing abstinence at that time meant that I had to evaluate whether I could handle sex with any recent partner. Would the activity trigger mania? Would it trigger depression? Would I even want to be with any of the men in my recent past now that I was healthier (Why Do Some People Choose One Bad Relationship After Another)?

For me, it was easy to decide against sexual activity. Even before manic hypersexuality -- during which I had one night stands and sex-only liaisons with men I wouldn't have dated -- I'd had a highly-emotional relationship with sex. I felt that exposing myself to more complicated feelings would draw focus from the work I was doing during bipolar recovery. Therefore, choosing abstinence during bipolar recovery was the right thing for me at the time.

Choosing Abstinence after a Depressive Episode

During depression, we often don't feel interested in sexual activity. But before full-on depression sets in, when we know that something isn't quite right, we can seek out pleasurable behaviors, like sex, to make us happier (Does Sex Make Us Happy?). During those times, as during hypomanic or manic states, it's possible to seek more sexual activity than we would during healthier periods. In the case of a burgeoning depression, however, sexual activity may be a way to escape feelings of loneliness and isolation.

As with manic hypersexuality, engaging in sex to fuel or ignore a bipolar state can be unhealthy. During long-term relationships, I've initiated sex with partners because I was feeling depressed, not because of sexual or emotional desire for connection. Those instances only made me feel more depressed because I could not escape from my feelings through sexual activity. Also, not discussing my feelings with my partners created a distance in the relationships that ultimately lead to resentment and breakups (Talking To Others About Your Mental Illness). Choosing abstinence during those times, while having an effect on my boyfriends, may have helped me acknowledge my oncoming depression: I may have been able to seek useful treatment earlier had I not tried to "treat" my depressive feelings with sex.

Apart from manic or depressive episodes, it is possible to have a normal sex life while with bipolar. However, during periods of emotional volatility and stress, the best thing may be choosing abstinence in order to let yourself deal with your feelings more clearly.