The Relationship Comedy of Mental Illness

Have you seen the commercials for the new movie, 50-50? If not, here's a synopsis: Guy 1 tells Guy 2 that women will like him better when they find out that he has cancer. Cut to Guy 2 disclosing his cancer to Girl at the Bar. Now imagine what it would be like to use your mental illness as a pick-up line? Not really the stuff of one-liners, is it?

OK, apparently 50-50 isn't about using a terminal disease to pick up women, rather it's about the unexpected humor found in dealing with tragedy. Still, the movie's commercial raises an interesting truth: cancer is a condition that grants the sufferers solemn looks, yet still offers the potential for romantic recovery comedy. Bipolar, on the other hand, strikes fear and aversion in the hearts of friends and potential suitors alike. 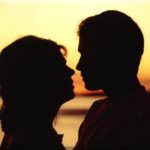 When my best friends came to see me in the hospital, not one of them looked at my surroundings and declared "what great first-date stories you'll have when you get out". Yes, they were supportive just by showing up. However they knew that, in spite of the couple that formed on my ward (a story for another time), I'd probably have to refrain from using words like "psychotropic drugs" with a boyfriend, or at least until we’ve had sex.

A while ago, I posted the following survey on my personal blog:

Would you rather date someone who:
(A) has been to prison?
(B) has been hospitalized for mental illness?
(C) has been to rehab for drug addiction?

Most respondents selected "A" and noted that a criminal had paid their dues in jail when asked to explain the choice. Those who preferred "C" felt that as long as someone had gotten drug treatment, they were on the road to recovery. Um, haven't they seen Celebrity Rehab?

The hypothetical mental patient in my survey wasn't given the benefit of any doubt. Nobody thought, "two weeks of intensive psychotherapy can really help you work through some issues" or "he or she might be doing a lot better post-discharge". That's because our society hasn't gotten to the point where we truly understand mental illness, and without understanding there is no room for intimacy or humor.

A few weeks ago, I cut a lifelong friend out of my life. She sent me an email in which she said "my condition wasn't being properly managed" because she didn’t approve of my behavior. (My violation was “ignoring” her phone calls during a cruise vacation last year. Perhaps I should have demanded that a cell tower be attached to the ship, or else called voicemail from a coral reef to make her happy.) Anyway, she hurled the phrase “my condition” like an insult rather than a statement of concern, using it as a catch-all for the things she didn’t like about me, none of which are symptoms of mental illness run amok.

Perhaps the tyranny of mental illness as the "bad" disease will be lifted if Hollywood makes more comedies with mentally ill protagonists, like, A Funny Thing Happened on the Way to the Psych Ward, or anything starring Woody Allen. When they make a romantic comedy out of my life, because I've got more interesting stories about dating than about my disease, I'll make sure that Beyonce plays the lead.

Hiding Mental Illness From Your Partner or, Unhealthy Relationships 101
This Bipolar Girl is Ready to Date...But Who?
Deltra Coyne
October, 26 2011 at 2:50 pm

"don't mistake love for understanding"....that's a very good distinction as well, Kasey. Still, love is what makes people stick around us and make an attempt at understanding, which is all anyone wants, whether they have a mental illness or not. Having bipolar doesn't make us need or want love and support any more or less than an average person, it perhaps makes it harder for us to get or accept both. Stay positive and keep trying - Deltra

Your last ascertainment " Don't Mistake Awareness for Understanding" that is support by real personal experience, evoke me my observation to student that to manage any mental illness it ought to understand the same, despite you might to be well-informed on the nature of mental disorders. In a different way to other patient with somatic diseases, the persons with mental disorders are misunderstanding from their life surroundings. Furthermore, this handicap render more difficult their mental state which is fragile and sensible alike. In consequence, their recovery from mental illness would be insufficient. Inasmuch to improve this defect in our mind, it should to play many comedies with mental ill protagonist. Till at that time, the prognosis of psychiatric patient would leave to the mercy of hazard fate!!!

I don't date a lot but those that I do date eventually find out that I have a mental illness and because I am in therapy and am relatively stable at this point in my life, you would have to know me pretty well to know that I have a mental illness.
(I actually let people in general get to know me pretty well before I let them know about my mental illness as a way to educate others that "relatively normal (whatever that means?)" people can have a mental illness.)
I have been fortunate in that men have accepted me for who I am but they themselves have not been very committed to the relationship and have been the ones who have not pursued it for very long.
I have taken the attitude that they can come or go and it matters not to me. That sounds harsh but I don't mean that I don't care about them, it just means that I recognize that that Knight in Shining Armor is only in Fairy Tales. I used to become suicidal in the past when a relationship ended and that certainly wasn't all that healthy.

Hi Diana - I think it's good to let people see that mental illness can look "relatively normal" and not scary as it is sometimes portrayed in media and entertainment -- that's the only way to help erase the stigma of mental disorders in the general public. Good luck with the dating, and the recovery. Sounds like you're doing well and getting perspective. - Deltra

I'd like to see Hollywood start by making a movie of Invisible Driving - although, it might be too hard for them to handle. I have seen many movies that attempted to take on what it is like to be bipolar and they were all dreadful. For a great depiction of mania check out - How To Get Ahead In Advertising." - I laughed when I read your list because I managed the hat trick - all 3 - A, B & C. (Technically I was never in rehab - does 11 years of AA count?) - You have to get the self-acceptance and confidence internalized before you can really look at the dating world and say - I am a catch, baby! Your stupid misunderstanding of me is not my problem. - Honestly at this point I feel a little sorry for people who have not had the depth and range of experience I've had, to me they're a bit dull and superficial. - Guess that's MY judgmental nature showing!

"Honestly at this point I feel a little sorry for people who have not had the depth and range of experience I’ve had, to me they’re a bit dull and superficial."
Here, here, Alistair!
I won't date someone who's never been in therapy or never been out of the country...judgement is good as long as it's not combined with ignorance and closed-mindedness